Behind the clash at OPEC: Growing competition in the Gulf

The UAE wants to raise its oil output limits while the the Saudis don't want to, and on Tuesday, the lack of a deal sent oil prices gyrating 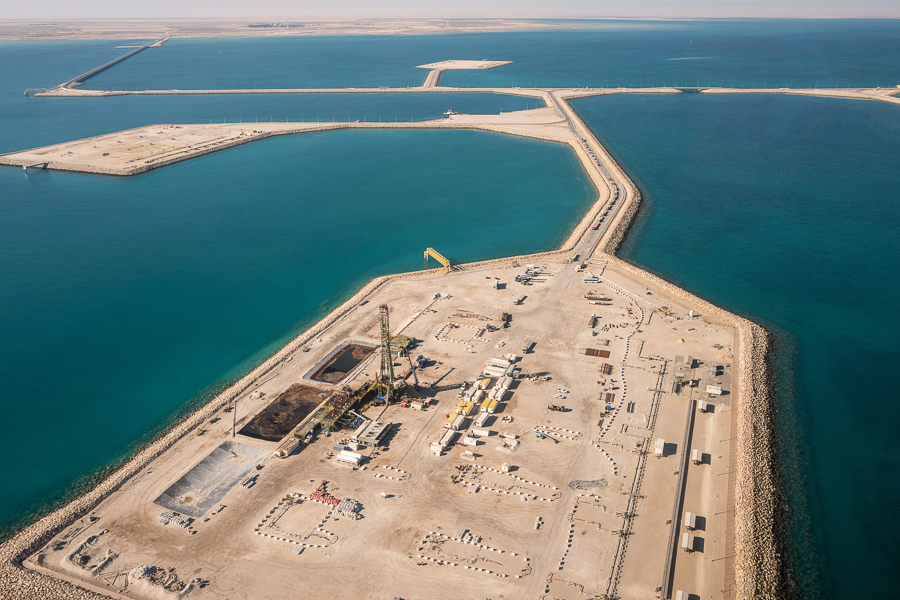 The fighting between the United Arab Emirates and Saudi Arabia that emerged in recent days over oil production had been brewing for months, if not years.A seven-member federation of states on the Persian Gulf, the UAE is pursuing ambitious plans to expand and modernize its economy, including billions spent on its energy industry. Eventually these aspirations were bound to bump up against those of its powerful neighbor, Saudi Arabia, as both countries try to position themselves for changes in energy production and other areas of their economies in the coming years.The tensions, which normally might be resolved in a phone call from one royal palace to another, came to a head at meetings of the oil producers’ group known as OPEC Plus. Officials failed to reach an agreement on raising production on Thursday and again on Friday. On Monday, a scheduled meeting was canceled.The chief roadblock: The UAE insisted on raising its output limits. The Saudis resisted, and on Tuesday, the lack of a deal sent oil prices gyrating.The dispute may signal a fundamental realignment of the nations in the gulf. The Emirates’ ambitions for a more diverse economy, seeded with Western investment, are prompting it to step more forcefully outside Saudi Arabia’s shadow.“It’s a more competitive landscape across the gulf on a range of economic issues,” said Karen Young, a senior fellow at the Middle East Institute, a research organization in Washington.Led by Dubai, with its collection of futuristic skyscrapers and alluring shopping malls, the UAE has made itself into a business, financial and tourism hub, although the pandemic has clearly been a setback.The real power in the UAE, though, lies with Abu Dhabi, which produces the oil that bankrolls the place. Abu Dhabi has 98 billion barrels of reserves, about 6% of the world total.But it has also made large investments at home and abroad in renewable energy like wind and solar before regional rivals. It has built up two investment funds, the Abu Dhabi Investment Authority and the Mubadala Investment Co., that have an estimated $900 billion in assets.This financial muscle has given the UAE a chance to stand apart from other countries in the region and take some views that might seem unusual. In the view of Abu Dhabi’s leadership, the environmental pressures that are pushing multinational oil companies to dial back investment in new wells may work out in favor of the oil-rich emirate, which does not have to deal with such concerns at home.Demand for oil is expected to grow, at least for a few years, and Abu Dhabi wants to be there to supply its customers.

Instead of cutting back on investment, Abu Dhabi National Oil Co., known as ADNOC, plans to spend $120 billion over the next five years to increase its production of crude. Abu Dhabi has brought in companies like Occidental Petroleum and Italy’s Eni to explore and develop more oil.The thinking at ADNOC and, indeed, at Saudi Aramco, the Saudi national oil company, is that “even if the pie shrinks, they are going to dominate a shrinking pie,” said Helima Croft, head of commodities at RBC Capital Markets, an investment bank.Sultan Ahmed al-Jaber, CEO of ADNOC, has hired expatriates to build a sophisticated oil trading operation considered a key business tool at companies like Royal Dutch Shell and BP. And he has sold stakes in pipelines and other infrastructure to investors like BlackRock and KKR, raising billions of dollars — a practice that the Saudis have followed.Having those more financially driven investors on board means that Abu Dhabi must deliver quickly, Young said. That means the UAE is eager to pump — and sell — more oil at today’s higher prices.These big ambitions have inevitably raised eyebrows in Saudi Arabia, the longtime de facto leader of OPEC.“This all presages a much more independent place, independent of the Saudis,” said Gerald Kepes, an independent oil industry consultant.Recently, OPEC has seemed a straitjacket for Abu Dhabi. “The Emiratis feel that the quotas they have don’t reflect what has changed in the last three years,” Young said.The UAE has raised its production capacity to around 3.8 million barrels a day and wants to go to 5 million barrels by 2030.Those numbers don’t work with the country’s present production limit of 2.7 million barrels a day. Under the production cuts that were agreed in early 2020 when demand for oil evaporated, the UAE has taken the proportionally biggest hit — about one-third of its capacity — among the big players in OPEC Plus.“For us in the UAE, it wasn’t a fair deal,” Suhail al-Mazrouei, the Emirates’ energy minister, told CNBC Sunday.The first signs of trouble appeared last summer when the UAE substantially exceeded the amount it was allowed to pump, but matters came out in the open on Thursday when Mazrouei demanded a substantial recalculation of his country’s quota if he was to go along with a Saudi plan to extend the overall production agreement when it expires after April.The Emirates’ stance stung the Saudis, who portray themselves as working impartially for the benefit of OPEC Plus. “I represent a balanced country that considers the interests of all,” the Saudi oil minister, Prince Abdulaziz bin Salman, told the Saudi news channel Al-Arabiya on Sunday.Oil is just one area where the two gulf countries disagree. The Saudis, for instance, have declined to follow the UAE in making peace with Israel. Recently, the Saudis have announced measures that seemed aimed at curbing business with the UAE, including placing restrictions on some of its imports. And in a blow to Dubai’s role in the region, Riyadh threatened not to give state contracts to multinationals that have their Middle East hubs outside Saudi Arabia.It won’t be easy to bring the UAE back into the OPEC and Saudi orbit, analysts say.“Questions about the UAE’s commitment to remaining in OPEC will likely grow,” Croft wrote in a note to clients Monday. While the UAE will want to try to hang on to its ties to OPEC, it clearly is following a different path from many of the other members.

Tweets by @forbesindia
Dilip Kumar, who brought realism to Bollywood, dies at 98
Has TV Narendran brought Tata Steel out of its lost decade?