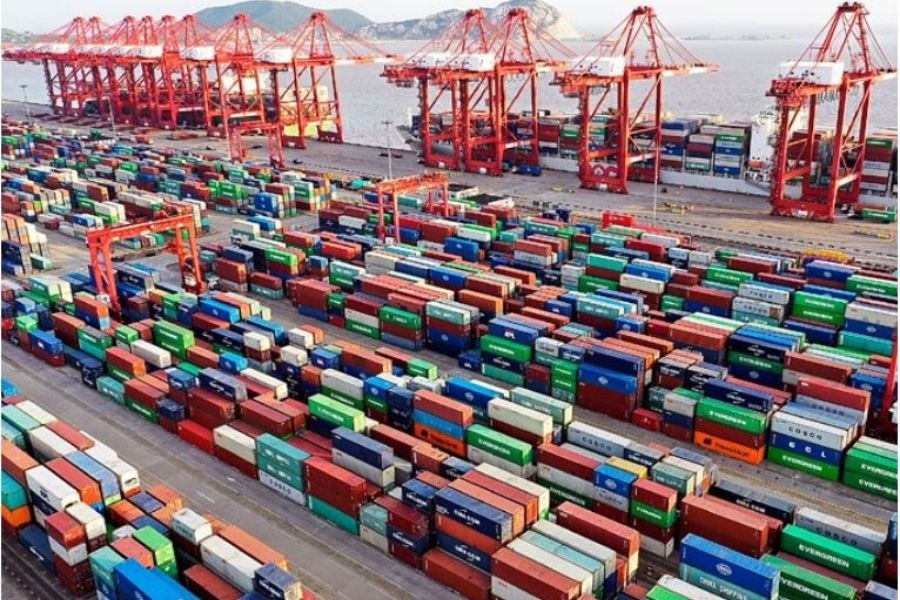 Disinflation was largely on account of the role of trade, technology and titans. Periodic spikes in food and fuel prices were unable to move the needle for most of the developed world
Image: Zhou You / VCG / Getty Images

In the aftermath of the global financial crisis, and the fiscal and monetary stimulus it brought about, policymakers and global central banks kept a close eye for a rise in inflation. Instead they got a continuation of a global three decade-long disinflation trend on account of weak demand, rising debt levels and an ageing population in the developed world.
Disinflation was largely on account of the role of trade (cheap goods manufactured in China and Southeast Asia and bought by consumers around the world), technology (the lowering of communication and computing costs) and titans (large corporations that innovated). Periodic spikes in food and fuel prices were unable to move the needle for most of the developed world.
Now, as the world prepares the next round of monetary and fiscal easing, could governments make the mistake of underestimating a return to inflation? A recent report by Morgan Stanley argues that the same factors that powered disinflation are in retreat. “Just as the consensus underestimated the disinflation threat in the last 30 years, it is at risk of under appreciating the inflation threat,” wrote Chetan Ahya, chief economist and global head of economics at Morgan Stanley. The report stopped short of putting a precise time period on the return, but pointed to it happening in the next two years as governments get more conscious of inequality, trade ties begin to fray and the policy response to the Sars Cov2 virus pushes governments to hand money to common people and not just to companies.
Few expect oil prices to breach the $40-60 range in the next two years, and credit growth is at 6 PERCENT Ahya points to three stages: Disinflation on account of the demand shock brought upon by the virus, reflation as the demand shock normalises and supply resumes and inflation once growth resumes. Already stimulus cheques for workers who have lost their jobs in the US cover more than the wages they were making. How might this play out in India? The immediate aftermath of the 2008 financial crisis saw the government unveil a stimulus in the form of loan waivers for farmers, increasing subsidies and excise cuts on a host of goods, taking the fiscal deficit to 6.6 percent for 2009-10. The effects on inflation were plain to see as consumer price inflation moved up to 10.8 percent in 2012-13 from 5.4 percent in 2008-09.
The rise in India’s consumer inflation was on account of the global rise in food prices, oil at $80-100 a barrel and rising credit growth averaging upwards of 18 percent. As India unveils its fiscal response to the Sars Cov2 crisis, Sameer Narang, chief economist at Bank of Baroda, argues, “The factors that led to a rise in inflation in the 2010-14 cycle are in retreat this time.” Global food prices are benign with Indian minimum support prices being higher for wheat. Few expect oil prices to breach the $40-60 range in the next two years and credit growth is at an anaemic 6 percent. Expect Indian inflation to stay within the 4-6 percent range set by the Reserve Bank of India.

Tweets by @forbesindia
Episode 14: What are the chances your company will survive Covid-19?
Pakistan plane crash could be among the worst in five years