Desperate to meet its electricity needs, China is opening up new coal production exceeding what all of Western Europe mines in a year, at a tremendous cost to the global effort to fight climate change 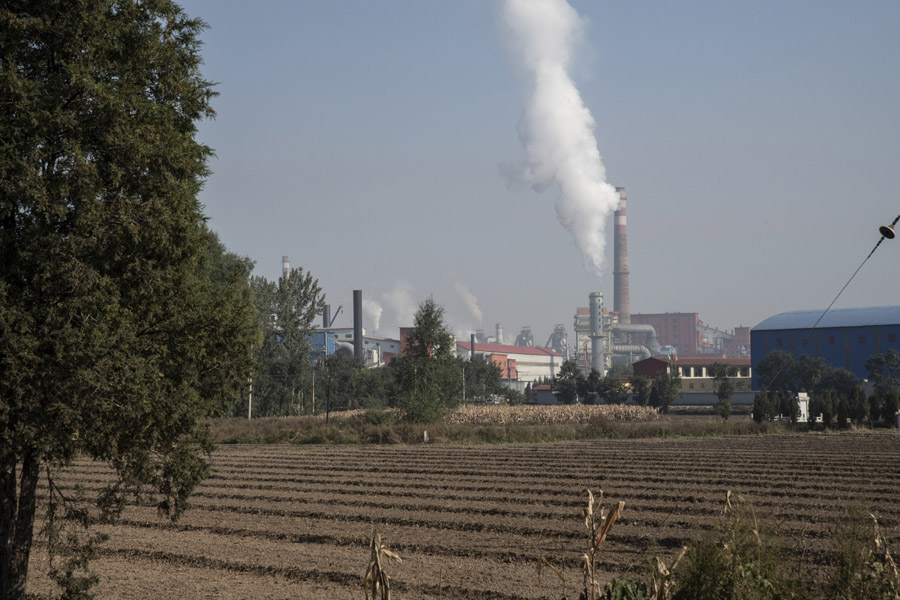 Desperate to meet its electricity needs, China is opening up new coal production exceeding what all of Western Europe mines in a year, at a tremendous cost to the global effort to fight climate change.

The campaign has unleashed a flurry of activity in China’s coal country. Idled mines are restarting. Cottage-sized yellow backhoes are clearing and widening roads past terraced cornfields. Long columns of bright red freight trucks are converging on the region to haul the extra cargo.

China’s push will carry a high cost. Burning coal, already the world’s single biggest cause of human-driven climate change, will increase China’s emissions and toxic air pollution. It will endanger the lives of coal miners. And it could impose a long-term cost on the Chinese economy, even while helping short-term growth.

World leaders are gathering next week in Glasgow, Scotland, to discuss ways to halt climate change. But China’s extra coal by itself would increase humanity’s output of planet-warming carbon dioxide by a full percentage point, said Jan Ivar Korsbakken, a senior researcher at the Center for International Climate and Environmental Research in Oslo, Norway.

“The timing is horrible, coming right before the climate summit,” he said. “Let’s hope it’s just a temporary measure to mitigate the current energy crisis.”

China is expanding mines to produce 220 million metric tons a year of extra coal, a nearly 6% rise from last year. China already digs up and burns more coal than the rest of the world combined.

The effort is infused with patriotism. “Guarantee the supply” has become a national slogan, appearing frequently now in state media and official statements and even on red banners on the front of coal trucks.

If the campaign succeeds, China will generate enough electricity not only for its own people but also for the hundreds of global companies in China that churn out everything from consumer electronics to car parts. Business leaders say that electricity shortages have already mostly abated in the past few days. Coal shipments have risen, utilities are generating more power, electricity-guzzling steel mills have cut output, and mild weather has limited residential use.

The potential costs, on the other hand, go beyond global-warming emissions.

China has made huge strides toward cleaner air over the past decade, but extra coal use could threaten some of that progress. As recently as 2015, air pollution was found to contribute to 1.6 million premature deaths per year. The Chinese government warned Monday that air pollution had risen in big cities in recent days but did not specify a cause.

The heart of the industry is China’s Appalachia, Shanxi province, 300 miles southwest of Beijing. It is a region of steep, often terraced hills and valleys where coal has been mined for 2,100 years.

The province mined nearly 1 billion metric tons of coal last year. That was only about one-quarter of China’s overall production but still twice as much as the United States or Australia.

China has closed 5,500 coal mines, half of the country’s total, over the past five years. The rusting hulks of abandoned mines now litter mountain valleys in western Shanxi, the long diagonals of their conveyor belts sitting silent in wind and rain.

Older, smaller, more polluting and more dangerous mines, most privately owned, were closed. State-owned enterprises were allowed to build or expand more modern mines, but with less total capacity than the shuttered mines.

State-owned enterprises that now dominate Chinese coal mining have long been cautious about overproducing. Since March, they have become even more skittish.

“Now that it’s a criminal charge, an executive, especially at a state-owned enterprise, has no incentive to commit this offense,” said Kevin Tu, a Beijing energy consultant and former China program manager at the International Energy Agency in Paris.

The closing of small mines and a national safety campaign have made coal mining much less dangerous. China lost 1,973 miners as recently as 2011. Last year, the death toll was 228.

“The small coal mines have been shut down,” said Qi Zhiping, a 68-year-old maintenance worker at the Longze coal processing facility, which has been quiet for the last several years. “The state-owned coal mines have standards.”

Coal mine expansions usually take decades to cover their investment cost. But the country’s state-controlled utility sector has already pledged not to build any more coal-fired power plants after 2025.

China reaffirmed that goal in a policy statement Thursday to the United Nations Framework Convention on Climate Change, while emphasizing that China was making large investments in solar and wind power. China has released few details of how it will meet that target.