Timeline: Elon Musk overtakes Jeff Bezos as the wealthiest person ever—how their wealth has moved over the years

The Amazon founder was worth $12 billion when he took the company public in 1997—the year Tesla's Elon Musk graduated from Wharton School, and now, Musk has broken every wealth record to become the richest man in the history of the world

Elon Musk is on his way to becoming the first man in history to cross the $300 billion net worth mark, with his wealth soaring to a whopping $271.3 billion on Monday, October 25 [It was $283.8 billion, at the time of publishing]. With this, he has left Jeff Bezos—the richest man so far—behind to become the wealthiest person in the history of the world. Bezos’ net worth climbed to $212 billion—the highest ever for any human being until now—in July 2021 when Amazon’s stock peaked, before settling lower at $199.7 billion currently, according to real-time wealth estimates by Forbes.

While Jeff Bezos started Amazon in 1994 out of a garage and took it public in 1997, Tesla was incorporated in 2003, with then PayPal co-founder Elon Musk as one of its biggest investors. He served as a chairman of the board from 2004 and took over as CEO in 2008 after the company’s co-founders quit. Tesla went public in 2010. Musk’s wealth in 2011, post IPO is reported to be $680 million and he became a billionaire with a net worth of $2 billion in 2012 at the age of 40, entering the Forbes billionaires list for the first time ever. 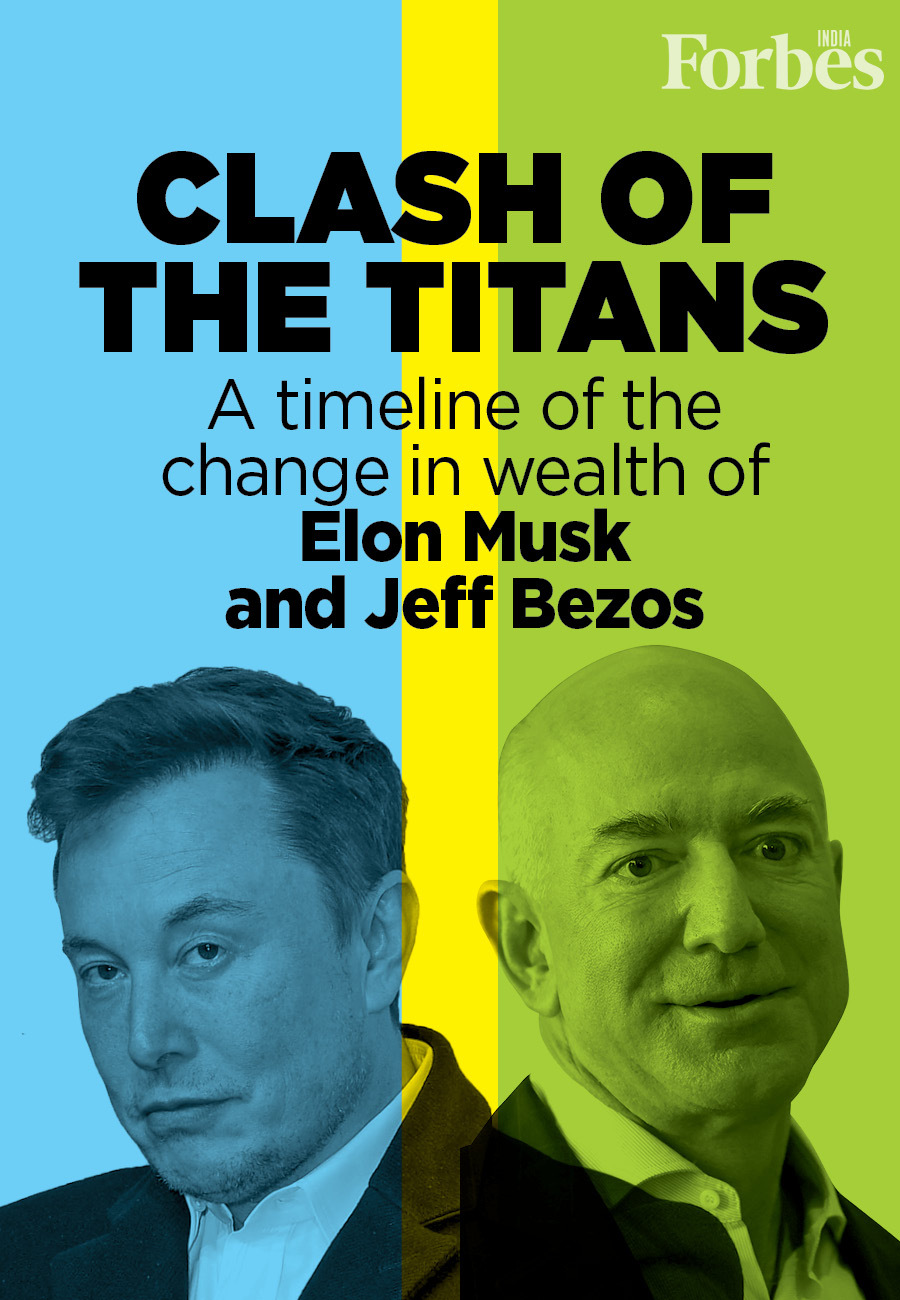 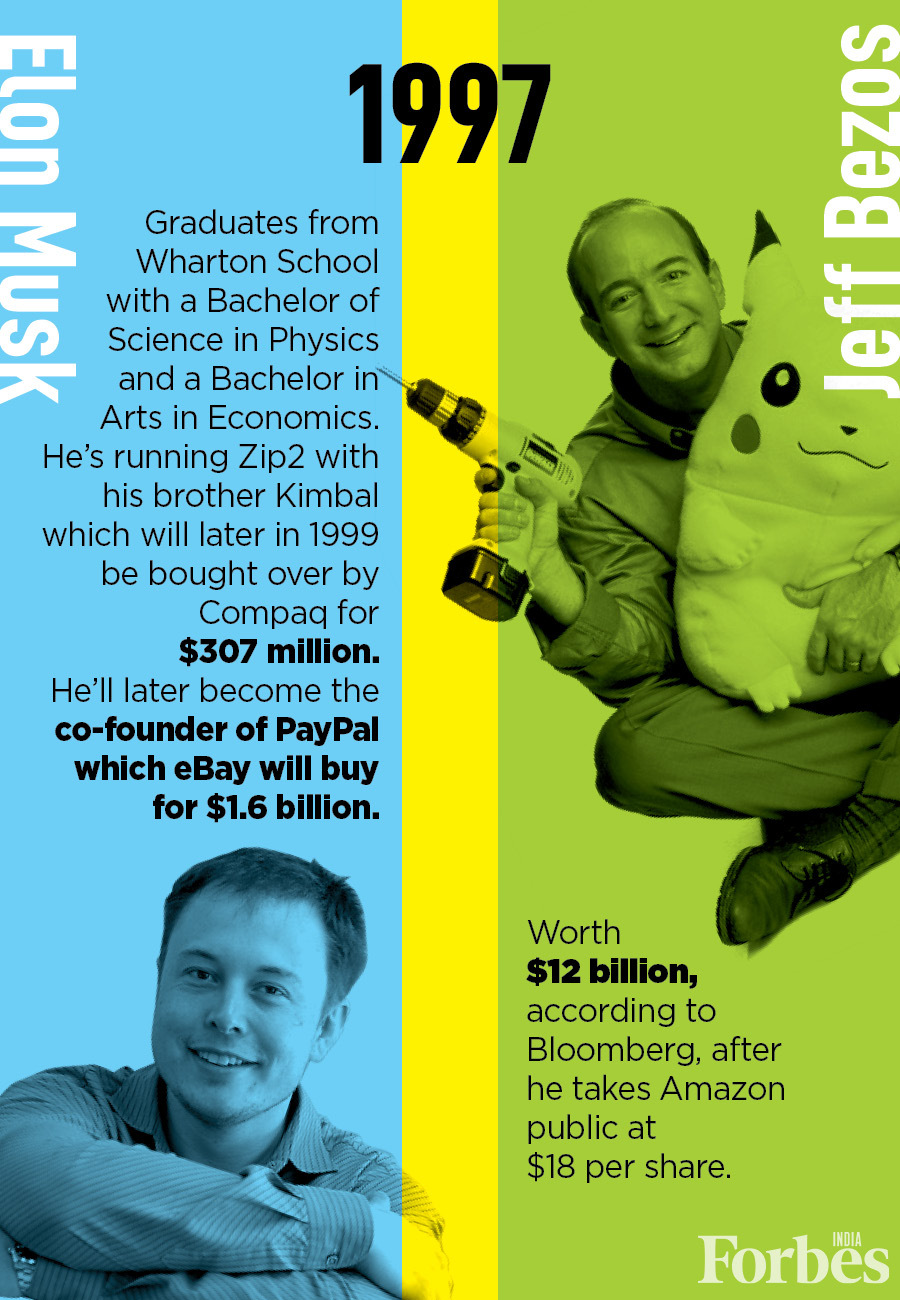 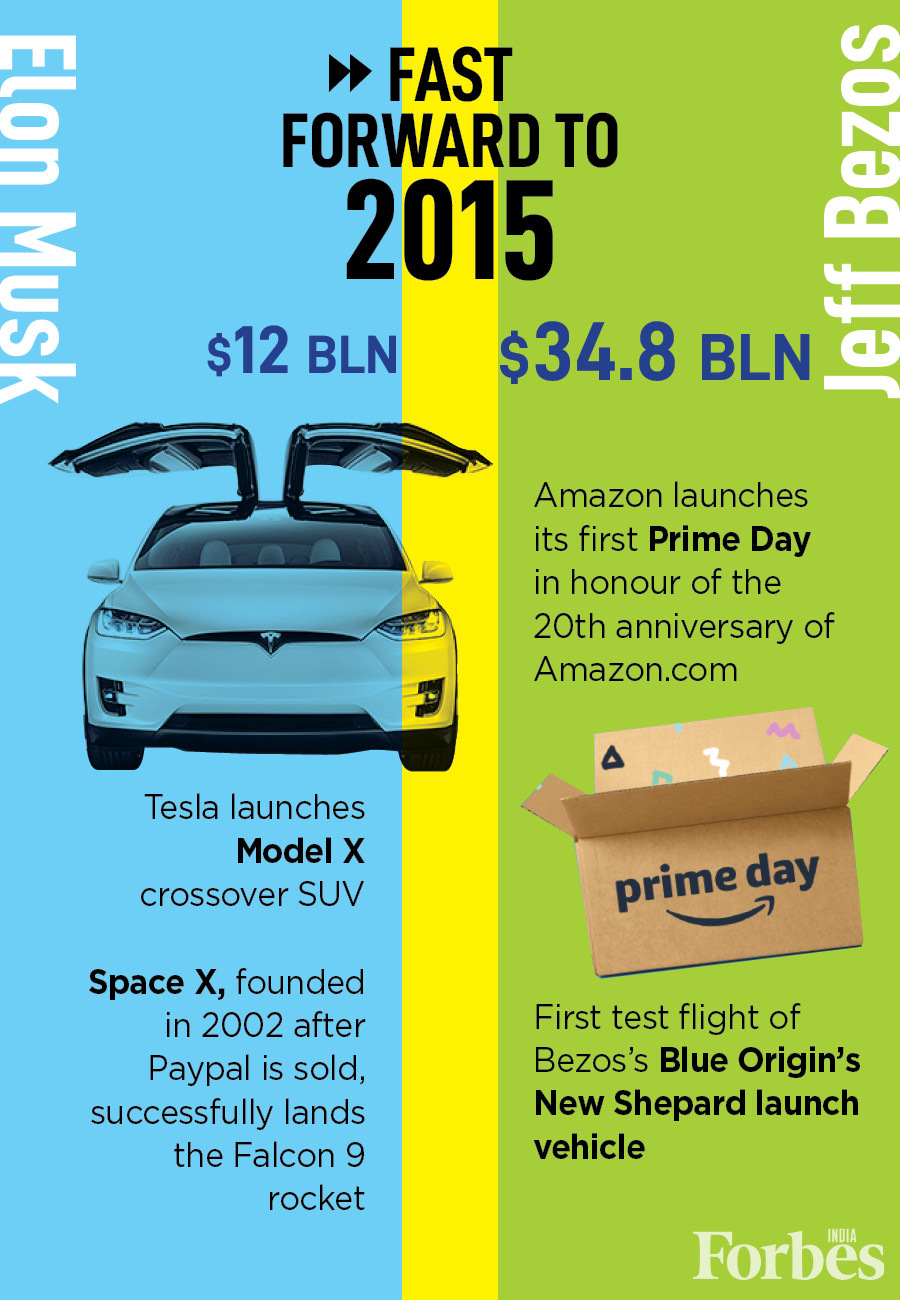 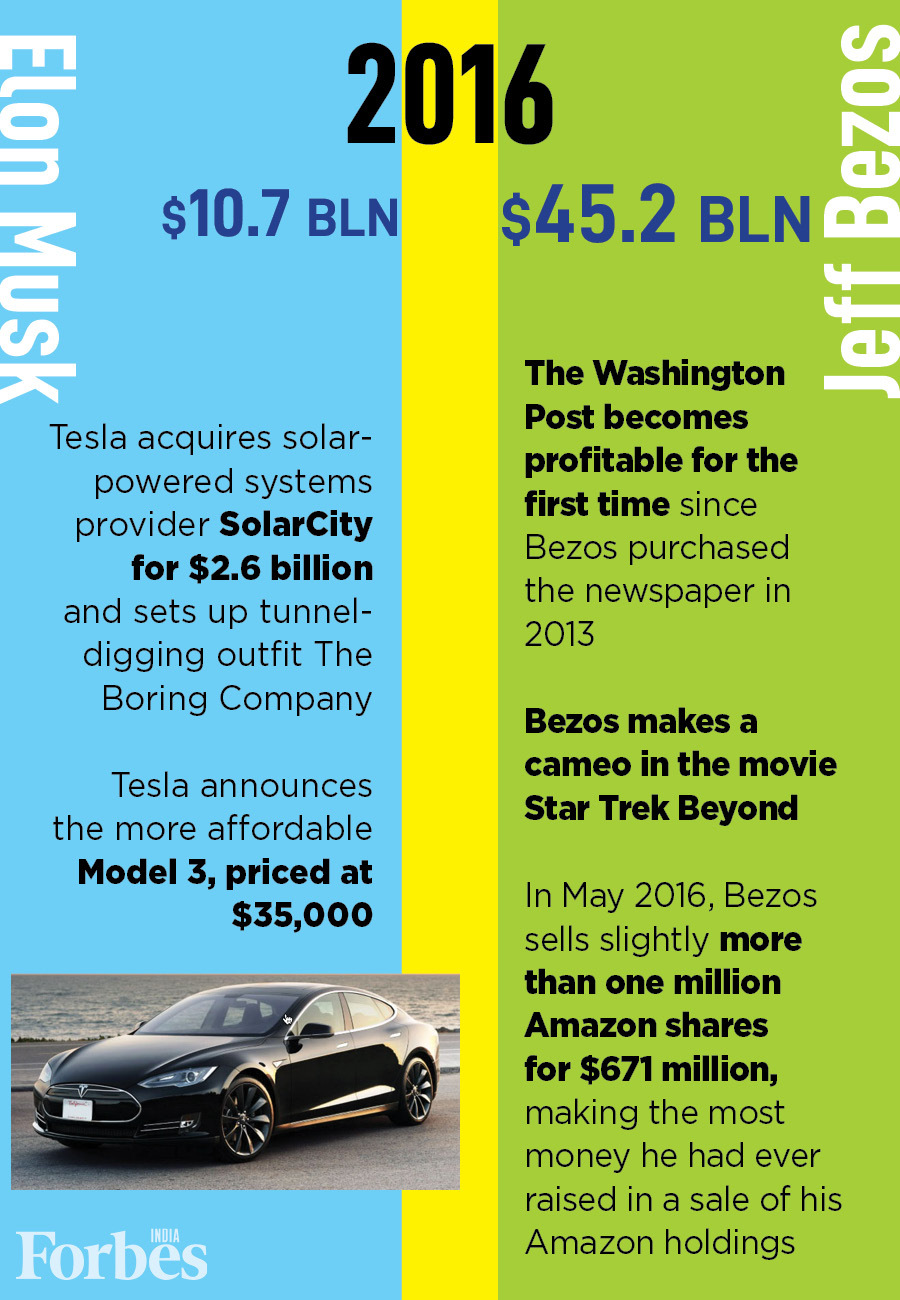 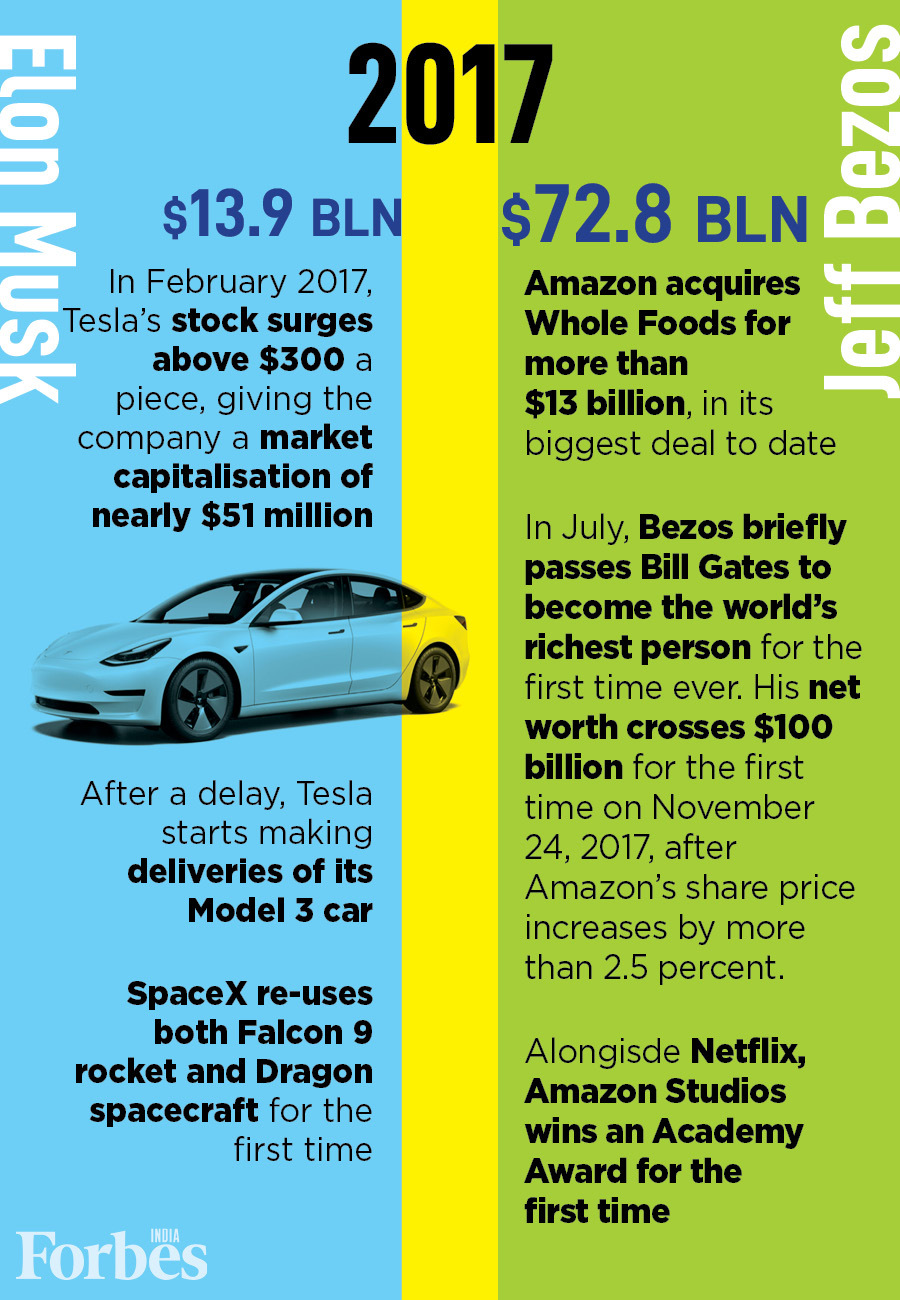 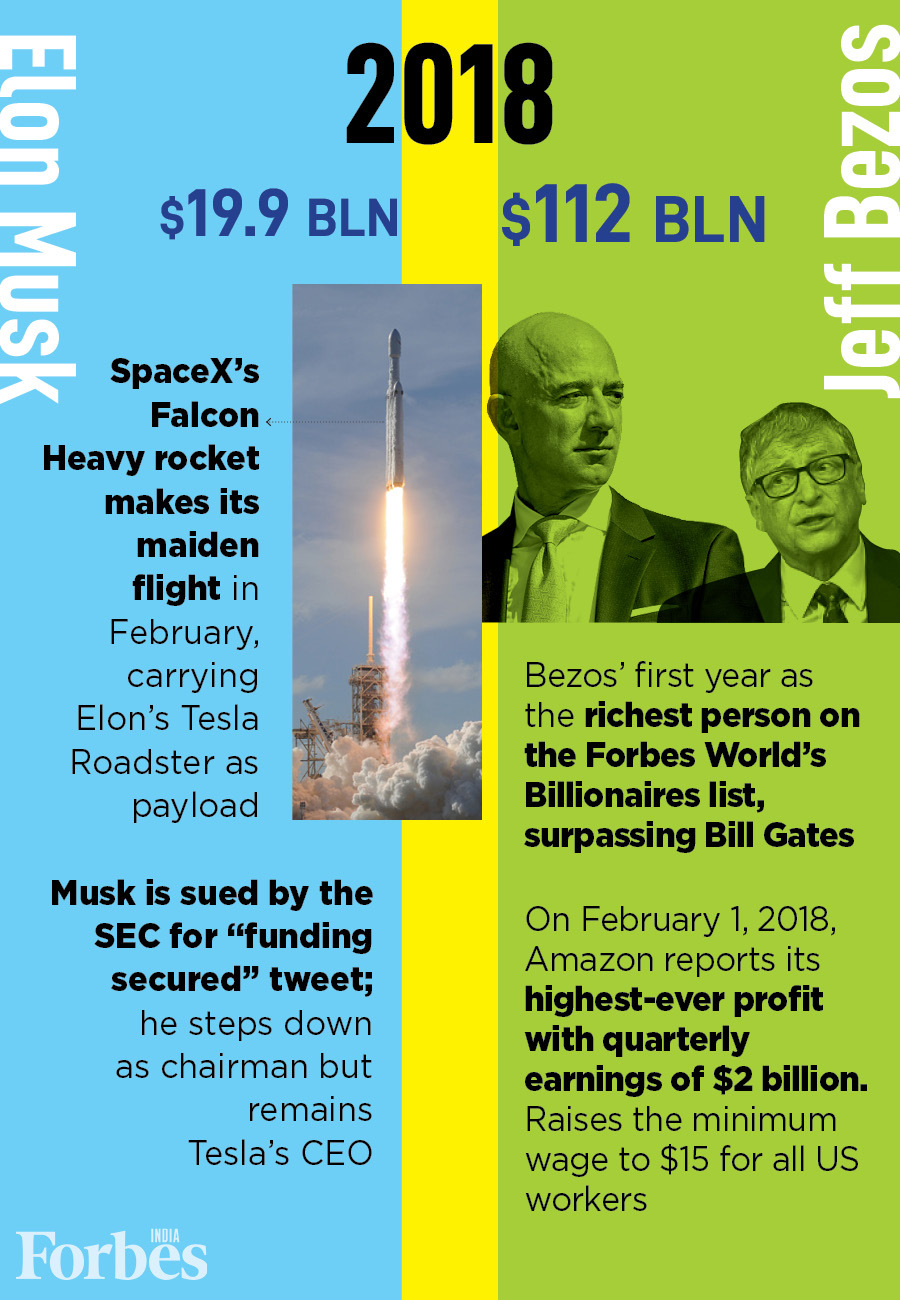 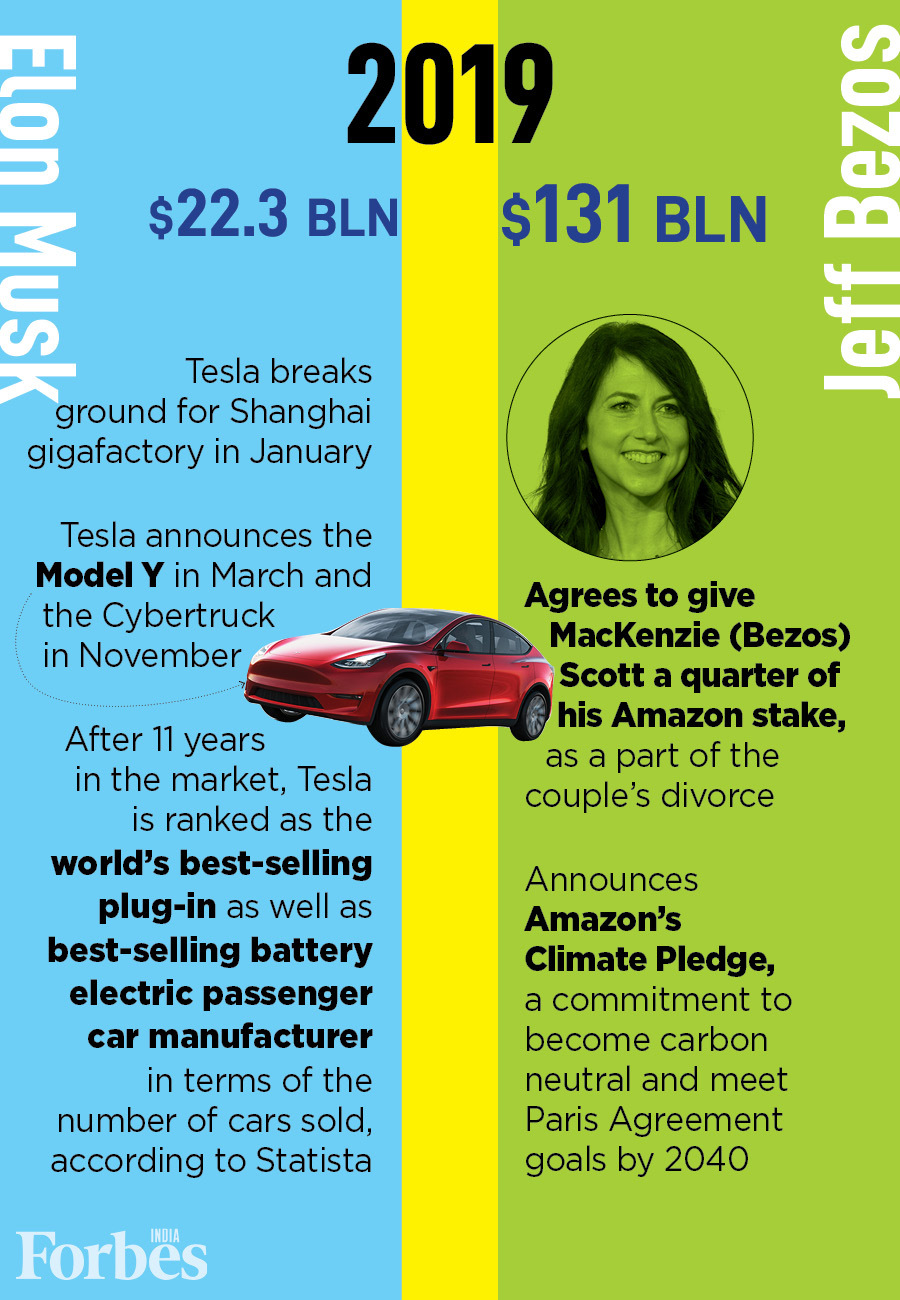 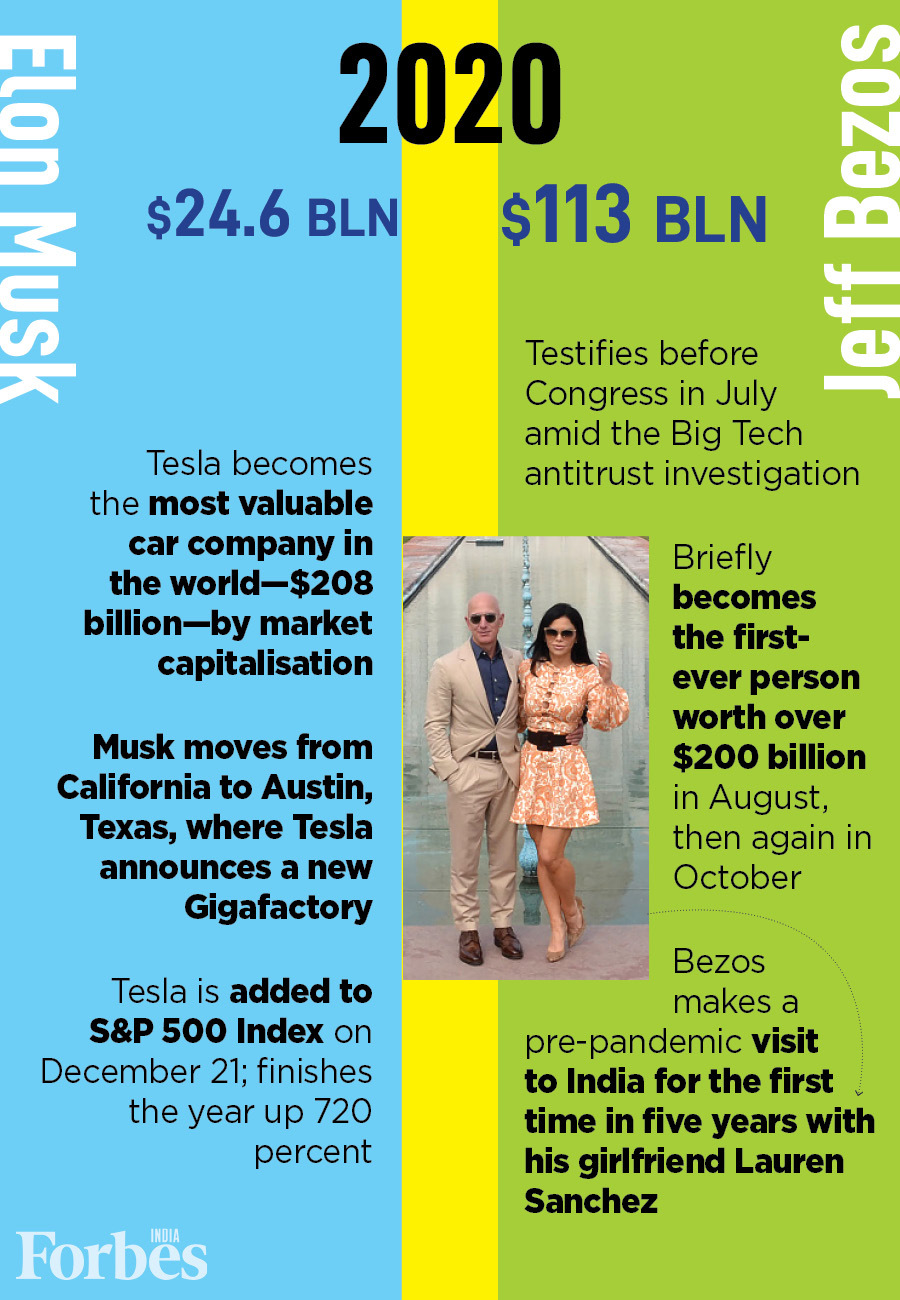 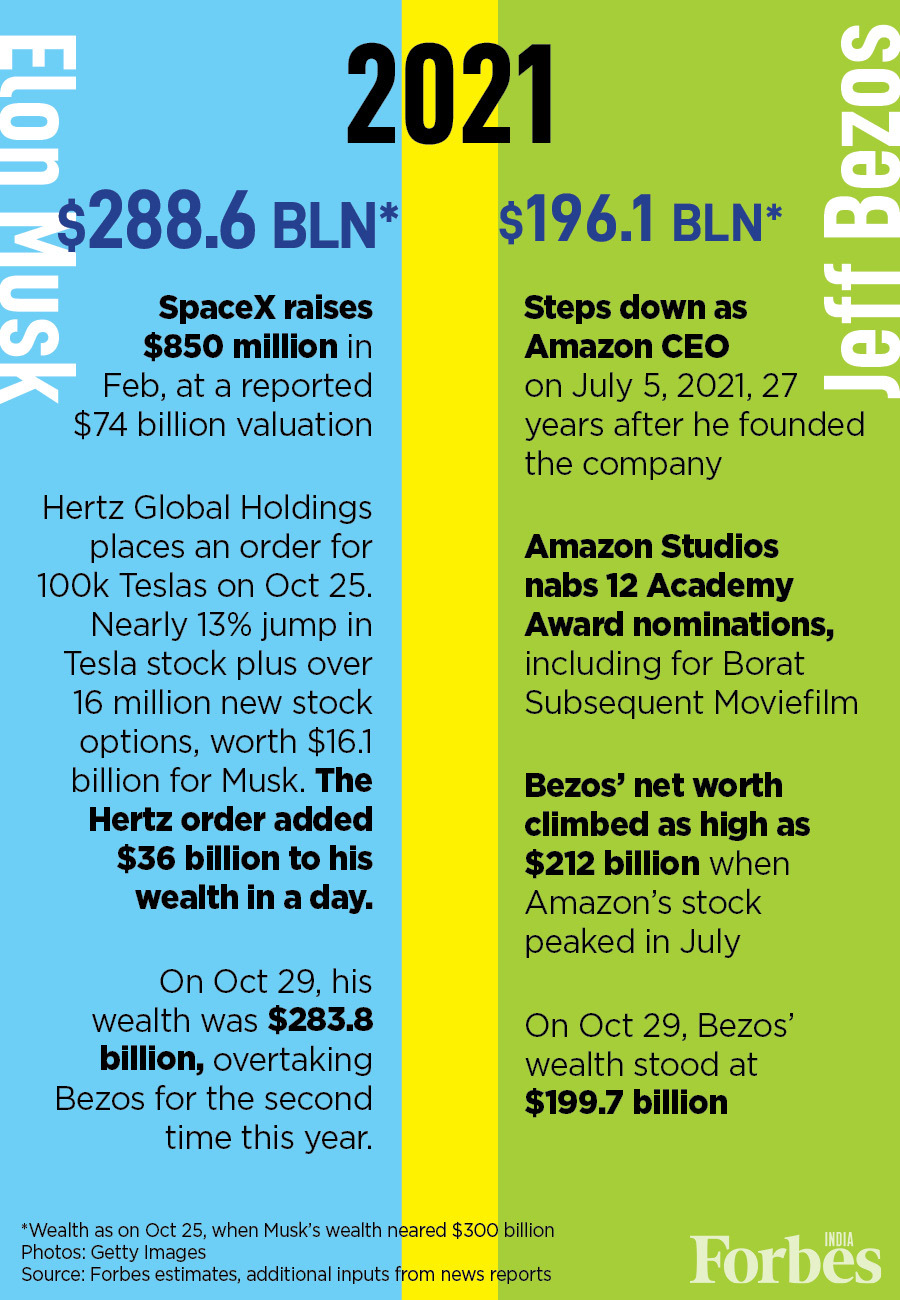