For Trump, denial is a pattern, from the virus to Russia to climate change 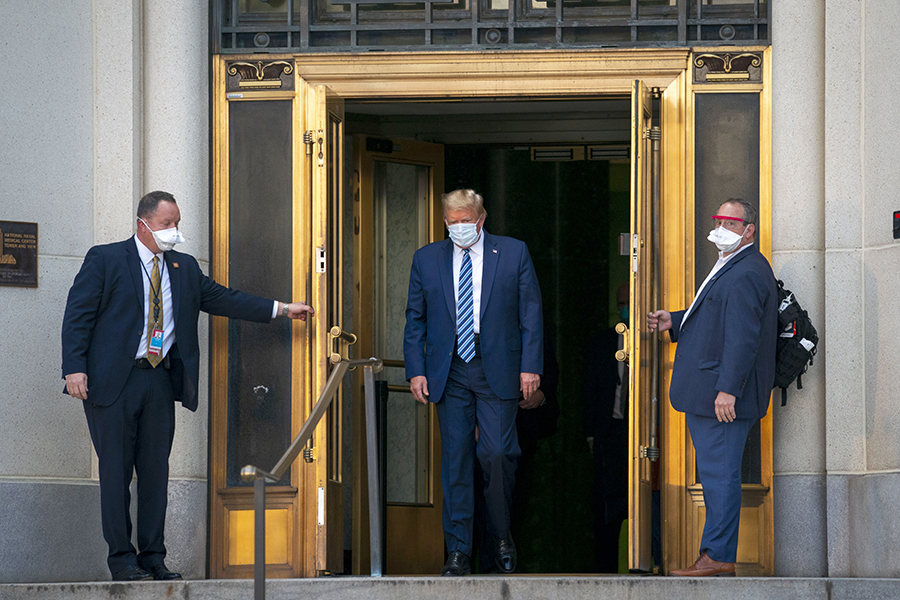 President Donald Trump departs the Walter Reed Medical Center in Bethesda, Md., after testing positive for COVID-19 and spending four days at the facility, on Oct. 5, 2020. Trumps message since returning to the White House — that Americans have nothing to fear from the coronavirus — denies the obvious: the disease he said would disappear as the weather warmed in the spring, “like a miracle,” has already claimed the lives of more than 210,000 of his countrymen.
Image: Doug Mills/The New York Times

Tweets by @forbesindia
Amazon, Apple, Facebook & Google: 12 accusations in the damning US House report you need to know about
Every crisis is a catalyst for change: Puneet Dhawan