Modi's approval rating is still above 60%, but the growing dissatisfaction suggests the prime minister may not so easily be able to change public sentiment by pushing emotional nationalist causes or shifting his image as he has done in the past 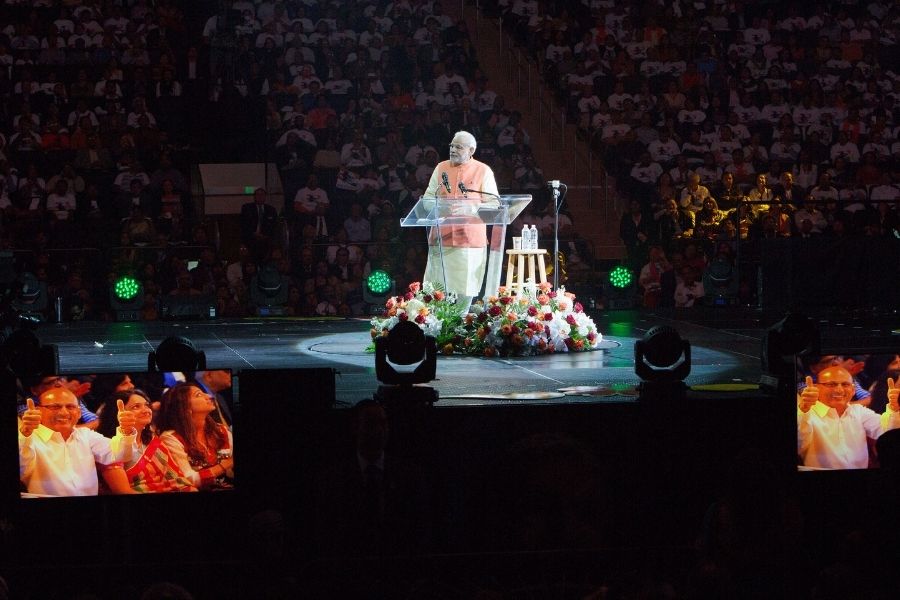 FILE — Prime Minister Narendra Modi of India addresses a crowd of more than 18,000 at Madison Square Garden in New York, Sept. 28, 2014. Modi’s efforts to squelch dissent and to accentuate the positives may not be able to counter widespread anger over his government’s stumbling response to the coronavirus pandemic. (Ruth Fremson/The New York Times).

NEW DELHI — As India gasped for air at the peak of its COVID devastation, its leader appeared to advise his people to just breathe normally.
The instructions, a bit of yoga advice for the stressed, came from one of the many social media accounts of Prime Minister Narendra Modi, who has used powerful oratory and digital savvy to become India’s most dominant leader in decades. But the tweet showed how India’s master of public perception has increasingly struggled to get his message across, exposing the limits of his ability to control the narrative.
The omnipresent Modi had largely vanished from public view as his government proved powerless to stop the deaths and the mounting criticism about his performance. With his poll numbers dropping and his allies straining to make his case on India’s talk shows, he has increasingly pushed “be positive” messaging and feel-good tips.
The campaign has struggled to connect. “Sit in a comfortable meditative posture,” read a tweet from one of Modi’s many accounts, which project his diverse set of personas — this one the wise yoga guru. “Keep the spine erect. Place the hands on the thighs. Gently close the eyes and raise the face slightly. Breathe normally.”
Responded one commenter: “This is like rubbing salt on wounds.”

Tweets by @forbesindia
Bitcoin and Encryption: A race between criminals and the FBI
These youngsters are bridging the urban-rural healthcare divide