Shell, in a turning point, says its oil production has peaked

The announcement is a turning point for one of the world's leading oil firms, one dating back to the 19th century. 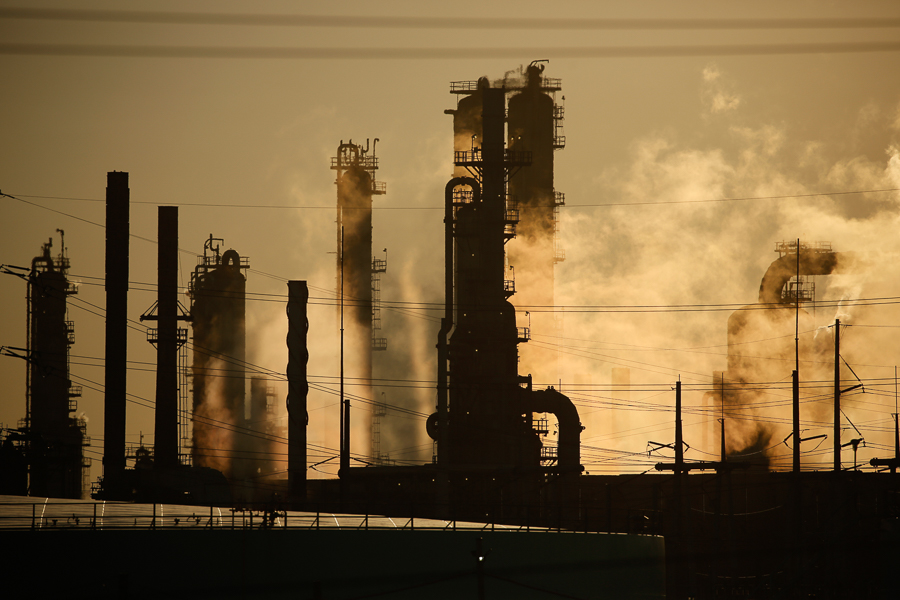 Image: Luke Sharrett/Bloomberg via Getty Images
Royal Dutch Shell on Thursday made the boldest statement among its peers about the waning of the oil age, saying that its oil production had reached a high in 2019 and is now likely to gradually decline. Shell’s “total oil production peaked in 2019” and will now drop 1% or 2% annually, the company said in a statement. The announcement, part of the small print of a presentation about future clean-energy goals, is a turning point for one of the world’s leading oil firms, one dating back to the 19th century. And it underscores a talking point that the company’s chief executive, Ben van Beurden, has expressed for years: To stay in business, Shell must be seen as part of the solution, and not the cause, of climate change. But as Europe’s largest oil and gas producer, Shell has faced skepticism about how willing or able it will be to shift from its roots. Indeed, van Beurden, like other oil chiefs, is trying to walk a fine line between promoting green commitments while continuing to nurture the oil and gas units that produce the bulk of Shell’s cash. “Even as the world decarbonizes, it will still need oil and gas for decades to come,” van Beurden said Thursday during a presentation of the company’s new strategy. Oil and gas, he said, “will help pay for the transformation of Shell.” The momentum for change is clearly building. In Europe, especially, the pandemic is proving to be a catalyst for more action by energy companies and others. Demand for oil has revived somewhat since last spring’s collapse, and oil futures returned to their pre-pandemic levels Monday, but Shell and other companies clearly realize that oil is no longer the mainstay they can count on, so they are investing more in renewable sources like wind, solar and hydrogen. European oil companies are all heading in roughly the same direction regarding fossil fuel production, with some differences in approach. BP said last year that it would probably cut oil and gas production by 40% by 2030. Last year, the company’s production fell by 10%, mostly because of sales of oil fields. Shell said Thursday that its carbon emissions had probably peaked in 2018 and that it was beefing up its previously announced efforts to reach net zero carbon emissions by 2050 with tighter interim goals. The company also emphasized that its emission reduction targets would include those of the products it sells to customers. That means, in trying to reduce its net carbon emissions to zero, Shell will be counting not just the emissions generated in its business, but the gases coming out of the tailpipes of cars using fuels that Shell markets. The burning and other uses of fuels that Shell sells account for 90% of the company’s emissions. The announcement won praise from activist investors but disappointed some environmentalists, who would like to see a faster transformation. Adam Matthews, director of ethics and engagement of the Church of England Pensions Board, said that Shell’s plans for reaching its 2050 goals were the “most comprehensive” of the industry. “There is no wriggle room,” said Matthews, who has been nudging Shell on emissions reduction on behalf of a group of institutional investors called Climate Action 100+. Shell is taking a somewhat different approach from its rivals BP and Paris-based Total, which have recently been bulking up on renewable energy projects like wind and solar at prices sometimes considered high. Instead, Shell says it wants to help customers navigate the complexities of lowering their own carbon emissions. At the retail level, that could be through plugging their electric vehicles into Shell’s growing network of 60,000 charging points, or providing a filling spot for vehicles running on hydrogen, a clean fuel that Shell has promoted for years and is gaining favor. Analysts said that Shell’s relatively cautious approach to renewable investments was not surprising, given that the share prices of companies that have splurged in these areas of late do not seem to be benefiting. Shell said it intended to invest $2 billion to $3 billion a year in renewable energy like wind and solar as well as clean power facilities, a small slice of capital investments of up to $22 billion. “Despite the green spin, the substance would suggest a more cautious approach to renewables,” said Stuart Joyner, an analyst at Redburn, a market research firm. Although Shell says its oil production has peaked, its natural gas flows will keep its overall fossil fuel output flat. The company views liquefied natural gas, a fuel transported on ships, as an important business in which it is a world leader and as a transition fuel between petroleum and renewables. Shell said Thursday that in the near term it planned to spend $8 billion on oil and gas development and $4 billion on its natural gas unit per year. The prospect of Europe’s largest oil company continuing to pump out fossil fuels for a long time drew the fire of some environmentalists. Greenpeace UK said in a statement that without specific commitments on production cuts, Shell’s strategy could not succeed or “be taken seriously.” Greenpeace also described Shell’s plans to offset emissions through establishing and protecting forests and wetlands “delusional.” Matthews of the Church of England said that the increasingly detailed plans on emissions reduction emerging from the European oil companies was a major advance from three years ago when such discussions were barely underway. “In that space of time things have moved very significantly,” he said.

Tweets by @forbesindia
Photo of the Day: Bumble on the market
The newest diplomatic currency: Covid-19 vaccines