Tasked to fight climate change, a secretive UN agency does the opposite

The International Maritime Organization has repeatedly delayed and watered down climate regulations, even as emissions from commercial shipping continue to rise, a trend that threatens to undermine the goals of the 2015 Paris climate accord

By Matt Apuzzo and Sarah Hurtes 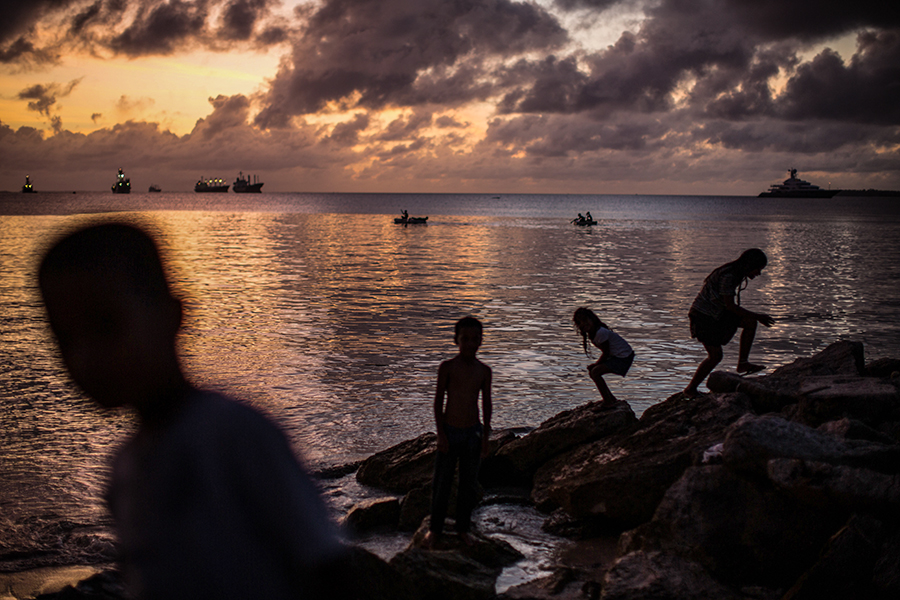 FILE — Children play at dusk on the lagoon side of Majuro, Marshall Islands, on Oct. 28, 2015. The tiny Pacific island nation faces rising seas and an uncertain future.

Image: Josh Haner/The New York TimesLONDON — During a contentious meeting over proposed climate regulations last fall, a Saudi diplomat to the obscure but powerful International Maritime Organization switched on his microphone to make an angry complaint: One of his colleagues was revealing the proceedings on Twitter as they happened.
It was a breach of the secrecy at the heart of the IMO, a clubby United Nations agency on the banks of the Thames that regulates international shipping and is charged with reducing emissions in an industry that burns an oil so thick it might otherwise be turned into asphalt. Shipping produces as much carbon dioxide as all of America’s coal plants combined.
Internal documents, recordings and dozens of interviews reveal what has gone on for years behind closed doors: The organization has repeatedly delayed and watered down climate regulations, even as emissions from commercial shipping continue to rise, a trend that threatens to undermine the goals of the 2016 Paris climate accord.
One reason for the lack of progress is that the IMO is a regulatory body that is run in concert with the industry it regulates. Shipbuilders, oil companies, miners, chemical manufacturers and others with huge financial stakes in commercial shipping are among the delegates appointed by many member nations. They sometimes even speak on behalf of governments, knowing that public records are sparse, and that even when the organization allows journalists into its meetings, it typically prohibits them from quoting people by name.
An agency lawyer underscored that point last fall in addressing the Saudi complaint. “This is a private meeting,” warned the lawyer, Frederick J. Kenney.
Next week, the organization is scheduled to enact its first greenhouse gas rules since Paris — regulations that do not cut emissions, have no enforcement mechanism and leave key details shrouded in secrecy. No additional proposals are far along in the rule-making process, meaning additional regulations are likely five years or more away.
The reason, records show, is that some of the same countries that signed the Paris accords have repeatedly diluted efforts to rein in shipping emissions — with industry representatives in their ears at every step. Shippers aligned themselves with developing nations like Brazil and India against setting emissions caps. China, home to four of the five busiest ports in the world, argued for years that it was too soon to make changes or even set targets.
Often, what politicians say publicly does not match their closed-door posture. In 2019, for example, when President Sebastián Piñera of Chile urged world leaders to make “more ambitious climate commitments,” his diplomats in London worked to defeat shipping speed limits, a measure that would have reduced carbon emissions.
The stakes are high. Shipping, unlike other industries, is not easily regulated nation-by-nation. A Japanese-built tanker, for instance, might be owned by a Greek company and sailed by an Indian crew from China to Australia — all under the flag of Panama. That is why, when world leaders omitted international shipping from the Paris Agreement, responsibility fell to the IMO, which has standardized the rules since 1948.
So if the IMO does not curb shipping emissions, it is unclear who will. And for now, the agency is not rushing to change.
“They have gone out of their way to try to block or water down or discourage real conversation,” said Albon Ishoda, a Marshall Islands diplomat.
His tiny Pacific island nation is among those that have benefited from, and perpetuated, the industry’s hold on the agency. The country effectively sold its diplomatic seat in London to a private American company decades ago.
But global warming changed things. Seas are rising. Homes are washing away. Much of the nation could become unlivable in the coming decade.
Now, the Marshall Islands are putting forward a moonshot environmental plan, a carbon tax that would penalize polluters. It is a shot across the bow of the IMO’s industrial and political forces.
And the Marshallese are moving to reclaim their diplomatic seat and speak for themselves.
“My voice is coming from my ancestors, who saw the ocean as something that brought us wealth,” said Kitlang Kabua, the Marshallese minister leading the effort. “Today we’re seeing it as something that will bring our ultimate death.”
Watered Down from the Get-Go
The Marshallese are unlikely disrupters at the maritime organization.
In 1990, the nation’s first president signed a deal with a company, International Registries Inc., to create a tax-friendly, low-cost way for ships to sail under the Marshall Islands flag.
The company, based in Virginia, did all the work and, on paper, the Marshall Islands became home to one of the world’s largest fleets. The government shared in the revenue — roughly $8 million a year as of recently, one official said.
Things got thorny, however, when the foreign minister, Tony de Brum, traveled to the IMO in 2015. His stories of his vanishing homeland had given urgency to the Paris talks and he expected a similar reception in London.
He and his team had no idea what they were walking into.
When Ishoda arrived in island business attire — floral shirt, trousers and a suit jacket — he said security sent him back to his hotel for a tie.
“The IMO is effectively a closed-door gathering of old male sailors,” said Thom Woodroofe, an analyst who accompanied de Brum to London. “It’s surprising it doesn’t still allow smoking.”
De Brum, too, was almost denied a seat. International Registries, which represented the Marshall Islands on the IMO, initially refused to yield to the foreign minister, Woodroofe recalled.
At U.N. climate meetings, countries are typically represented by senior politicians and delegations of government officials. At the maritime organization’s environmental committee, however, 1 in 4 delegates comes from industry, according to separate analyses by The New York Times and the nonprofit group Influence Map. 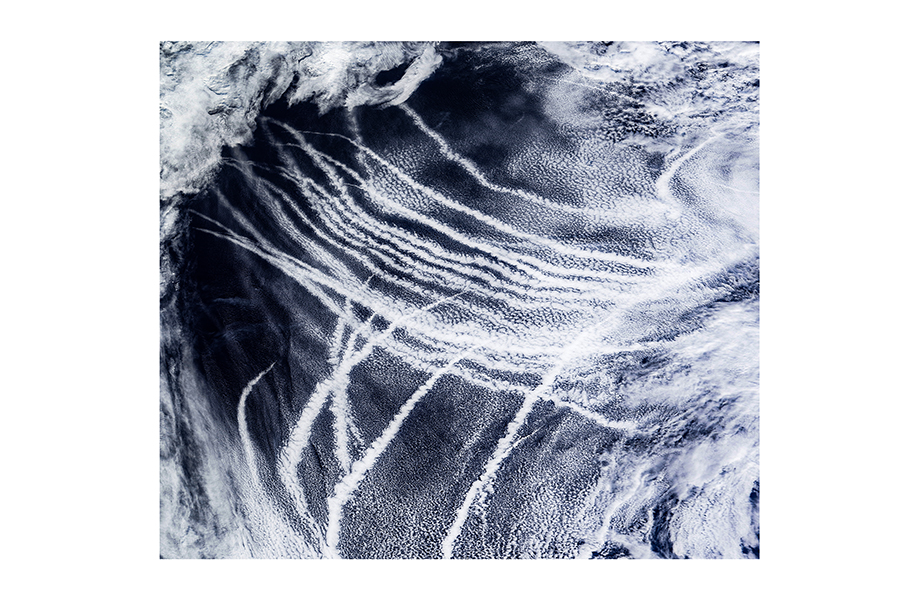