Derek Chauvin, the white police officer who knelt on Floyd, was convicted of two counts of murder as well as manslaughter, a verdict that brought some solace to activists for racial justice 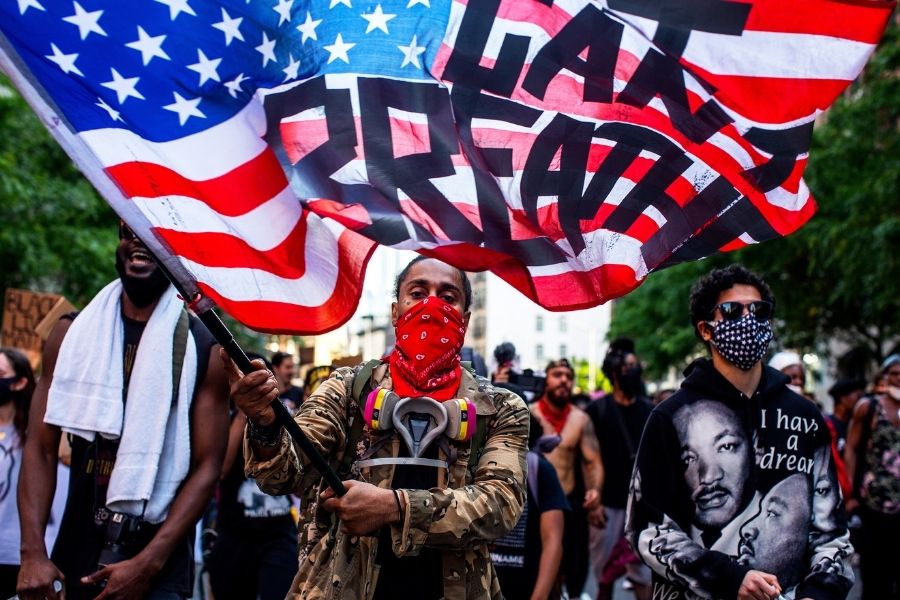 FILE -- Protesters rally in New York, June 4, 2020. Over the next 11 months after the death of George Floyd, calls for racial justice touched nearly every aspect of American life on a scale that historians say has not happened since the civil rights movement of the 1960s. (Demetrius Freeman /The New York Times)

The protests against police violence over the last year were more racially diverse than those that followed other police shootings of Black men, women and children over the past decade, said Robin D.G. Kelley, a historian of protest movements at the University of California, Los Angeles. And unlike in the past, they propelled defunding the police—the most far-reaching demand to transform policing—to the mainstream. “We had more organizing, more people in the streets, more people saying, ‘It’s not enough to fix the system, it needs to be taken down and replaced,’” Kelley said. “That has not happened in the United States since the 19th century.” Organizers worked to turn the energy of the protests into real political power by pushing massive voter registrations. By the fall, racial justice was a campaign issue too. Mostly Democratic candidates addressed racial disparities in their campaigns, including calling for police reform, the dismantling of cash bail systems and the creation of civilian review boards. “We will forever look back at this moment in American history. George Floyd’s death created a new energy around making changes, though it’s not clear how lasting they will be,” said Rashad Robinson, president of Color for Change. “His death pushed racial justice to the forefront and brought a multiracial response like never before, but we must remember this is about making Chauvin accountable and the work of making systemic changes.” One clear policy outcome has been changes to policing. More than 30 states have passed new police oversight and reform laws since Floyd’s killing, giving states more authority and putting long-powerful police unions on the defensive. The changes include restricting the use of force, overhauling disciplinary systems, installing more civilian oversight and requiring transparency around misconduct cases. Still, systems of policing are complex and entrenched and it remains to be seen how much the legislation will change the way things work on the ground. “America is a deeply racist place, and it’s also progressively getting better—both are true,” said Bailey, the racial reconciliation worker in Richmond. “You are talking about a 350-year problem that’s only a little more than 50 years toward correction.”

Tweets by @forbes_india
India's longest expressways
Coal is set to roar back, and so are its climate risks