Unlike the housing market bubble, technology bubbles aren't typically inflated by borrowed money that can cause cascading effects 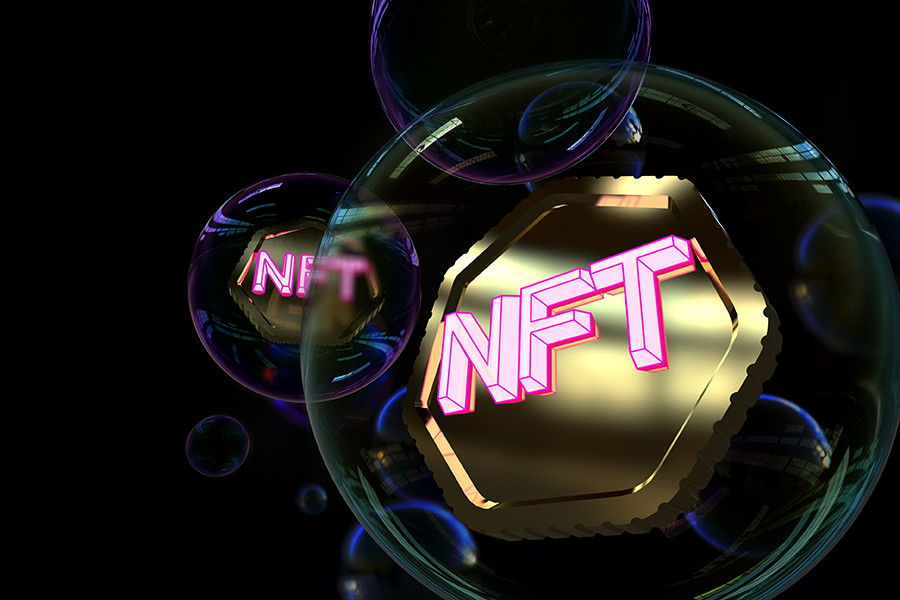 Let’s talk about what Britain’s bicycle bubble more than a century ago has in common with current crazes for nonfungible tokens, technology startups and electric vehicle companies. We are more than 10 years into a technology gold rush that in some corners makes absolutely no sense. If and when the zaniness fades, people could lose a fortune. But collectively, tech manias do bring some good. As my colleague Erin Griffith said: “Bubbles, while messy, lead to progress.” I spoke recently to William Quinn, a lecturer at Queen’s University Belfast and co-author of “Boom and Bust,” a history of financial bubbles including the 1929 stock market crash in the United States and the financial crisismore than a decade ago. The book identified three root conditions present in bubbles: Borrowing money is cheap or people have a lot of money saved up. It gets simpler to buy and sell assets, like what’s happening now with stock trading apps including Robinhood. And there is a mentality that the prices of assets can only go up. All of those conditions, as Griffith recently wrote in a hilarious and useful article, are present now. That is partly why we are seeing repeated spikes of “meme” stocks such as GameStop, hype about NFTs, and eye-popping IPOs including the one that left Airbnb’s CEO speechless. But Quinn also told me that technology-related bubbles are different in important respects to other boom-and-bust cycles. For one, they do not tend to ruin the world. “I’m not worried about NFTs causing the next financial crisis or anything like that,” he said. Unlike the housing market bubble, technology bubbles aren’t typically inflated by borrowed money that can cause cascading effects. Speculative technologies are also often somewhat disconnected from the rest of the economy. And, Quinn said, when tech bubbles burst, they can leave behind something positive. Enter the bicycle bubble.
The invention of the “safety” bicycle in the late 1800s was a revelation, and the basic design lives on today. We might not think of the bicycle as technology, but it was a significant innovation for relatively reliable and affordable transportation. It also kicked off a mania of British bicycle manufacturers that went public, posted soaring stock prices and then collapsed. What was left behind, Quinn said, were people and companies that, in some cases, helped usher in new innovations in cars, motorcycles and road tires. Some of the bicycle pioneers are still around. Like the bicycle bubble, good things happened in the wake of the late 1990s dot-com bubble in the United States. Companies including Amazon survived and thrived. Bankrupt telecommunications companies left behind cheap and useful internet pipelines that enabled an online explosion. More recently, a cryptocurrency collapse several years ago got more people curious about the benefits of the promising underlying technology, such as the blockchain. “The bubble mania can be distracting,” Griffith said, but she added: “The perspective of a lot of people in tech and finance is that a mania or a frenzy drives attention, excitement, enthusiasm and talent to something new.” I don’t want to ignore the harm of tech busts. When bubbles burst, people lose their jobs and, in some cases, all of their savings. Quinn said that he believes regulators should do more to prevent hucksters from cheating people and walking away with millions. Griffith said she is worried that people who go broke on tech fads might become embittered. Quinn said he believes that bubbles, which were relatively rare between the 1920s and the 1980s, are now happening more frequently. Money and information travel quickly around the world, which helps fuel manias. Bubbles may be a fixture of modern life—with all the potential harms and benefits that come with them.