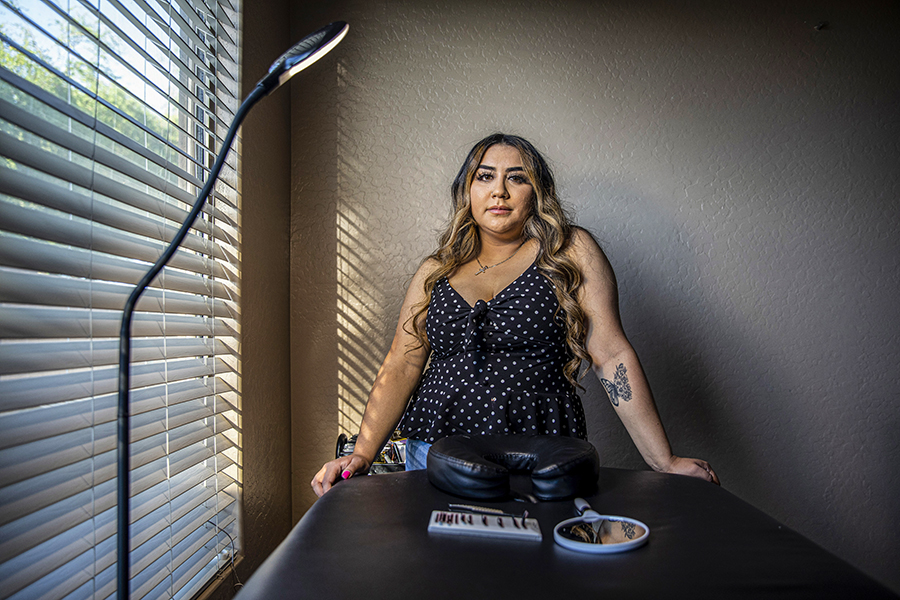 Luz Portillo at home in Avondale, Ariz., where she receives clients for her eyelash extension business, on May 30, 2021. Portillo plans to delay pregnancy until she establishes her career. Image: Adriana Zehbrauskas/The New York Times

Tweets by @forbesindia
Over Rs 20,700 crore: That's how much money Indians have stowed in Swiss banks
Photo of the day: Caution to the wind