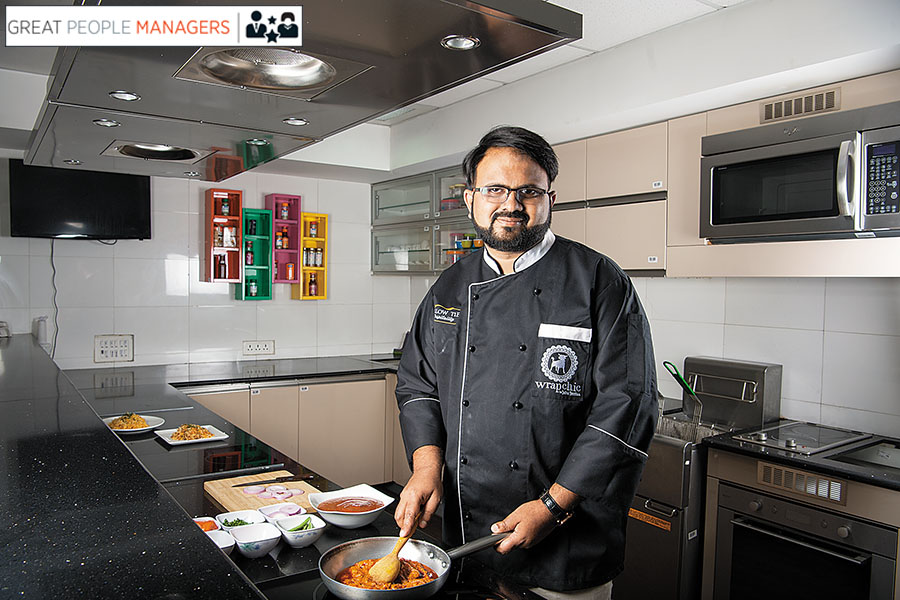 On his wedding day, greeting a stream of guests, Tanay Goregaokar recalls one particular moment very well: An ex-colleague of his mother, a veteran of the hospitality industry, shook his hand and told him how grateful he was to her for giving him opportunities to climb up the ladder as a utilities supervisor. “He kept telling me how he was better off in life because of my mom. It was a touching moment,” he says. 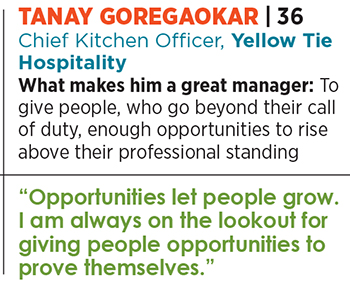 Now, as the chief kitchen officer of Yellow Tie Hospitality, a franchisee management company that operates over 50 outlets of F&B brands (like Genuine Broaster Chicken, Just Falafel, Wrapchic) across more than 10 cities, Goregaokar wants to emulate his mother’s magnanimity, building a level playing field for the over 500 employees that work with him. As was evident in the case of a cleaner, who would stay back after work hours to help the kitchen staff and was subsequently promoted as a chef. “Opportunities let people grow,” says the 36-year-old. “I am always on the lookout for giving people opportunities to prove themselves.” To become a chef was an overnight decision for Goregaokar. He wanted to be an engineer but got cold feet at the thought of its daily drudgery. The F&B industry was what he felt he could enjoy and once he graduated in hotel management, he got a job at The Orchid Hotel, Mumbai. There he received a letter of recognition for being on his feet for nearly 24 hours and helping the management pull off a food festival.

Such appreciation is what Goregao-kar wants to give back in abundance. As part of the company policy, Yellow Tie brings in outperforming employees to Mumbai, bearing their travel costs, once every month or two months, and treats them to a fine-dine meal. These employees are selected on the basis of Goregaokar’s visits to the outlets and their manager reports, which are democratic enough to include a commis, the lowest rung in the kitchen, chef or even a manager. Like an employee from a Delhi outlet of Genuine Broaster Chicken who caught Goregaokar’s eye by putting in the right prep to coat a fried chicken with refined flour flakes. “The chicken has to be massaged over some time in order to get the right texture of flakes, and many chefs are too lazy to do that. But this guy was following the procedure sincerely. We not only promoted him as the head chef, but also called him to Mumbai to award him as the chef of the month and organised a five-star dinner for him,” he says. “You can’t be working for the sake of working.”  In future, Goregaokar wants to start an F&B brand of his own. “I don’t regret not being an engineer. I enjoy my job and I can say I am earning more than an engineer,” he says. Not to mention the goodwill.