One Size Fits All

Its loyalists swear by the iPhone, but they just may be covering its tracks

Apple’s A-ha! Moment
A few weeks back Apple became the world’s most profitable mobile phone maker, dethroning Nokia. A company that makes just one phone model which it has been selling for just over two years, beat another that has been selling mobile phones since the 1980s, offers dozens of different models and sells over 100 million phones every quarter. Each iPhone generates as much profit for Apple as fifteen of its phones do for Nokia.

One Ring To Hold Them All
A fundamental reason for the iPhone’s popularity is the fact that its operating system was created ground up by Apple as a “platform” that supports third party applications. Apple was the first to realize that one day the tail, i.e. applications, would wag the dog, the phone. There are over 100,000 applications available for the iPhone for its users to download.

More Future Proof
Consumers usually start thinking their phones as obsolete within a year or two. But Apple works hard to keep the iPhone platform current, by developing and sending remote updates even to all existing phone users. So while a person using a two-year old Nokia phone may grudgingly admire the latest features on its newer models, the majority of features between a new and a two-year old iPhone will largely be the same.

The “iPhone Tax”
Mobile operators buy the iPhone from Apple for $600-$700 but sell it to customers at $100-$200. Many hope to recover the difference in price from locked-in subscribers over a 2-3 year period. But according to research conducted by Strand Consult many operators end up losing money on iPhone customers. For instance, SingTel lost around 3 percentage points from their EBITDA margins in Singapore and Australia. AT&T, the only operator that offers the iPhone in the US has a current profit margin of 37.5 percent versus 46.2 percent for rival Verizon.

Developers Beware
The iPhone tax extends to third party developers building applications for the iPhone too. Apple takes a cool 30 percent cut of every dollar paid by a subscriber to a developer. But in case a buyer wants his money back within the iPhone’s standard 90-day refund window, the developer has to cough up the full 100 percent back to Apple, even though he received only 70 percent from Apple. 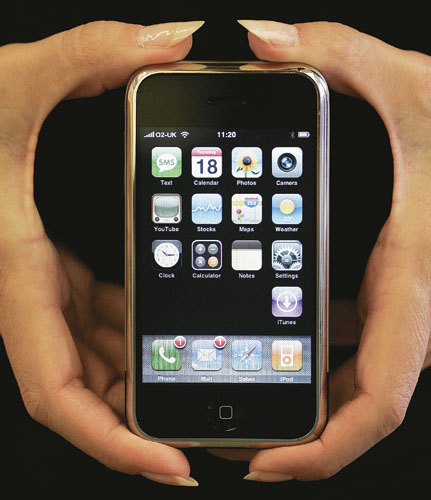 Image: Alessia Pierdomenico/ Reuters
One Way Street
Apple vets every single application that has been written for the iPhone by others, inexplicably rejecting or banning many useful ones for reasons ranging from arcane to prurient to pure selfish. Though GSM phones were designed to be usable on any operator network, Apple in most cases ties iPhones down to a single operator that it has partnered with, directly impeding a user’s ability to change his operator due to poor service.
Not Up-to-Date
For its high price, the iPhone doesn’t really have the best hardware in the mobile phone market. For instance even its latest versions offer only a 3 megapixel camera. Users cannot plug in extra memory to what the iPhone already ships with. Its 1219 mAh battery isn’t the most powerful one around, especially for a device that is touted as a multimedia device not just a phone

Tweets by @forbesindia
The Five-Year Hurdle
Blades of Glory