Is outcome-based financing the right cure for maladies like high maternal mortality? Results of Utkrisht, a development impact bond launched in Rajasthan, will tell 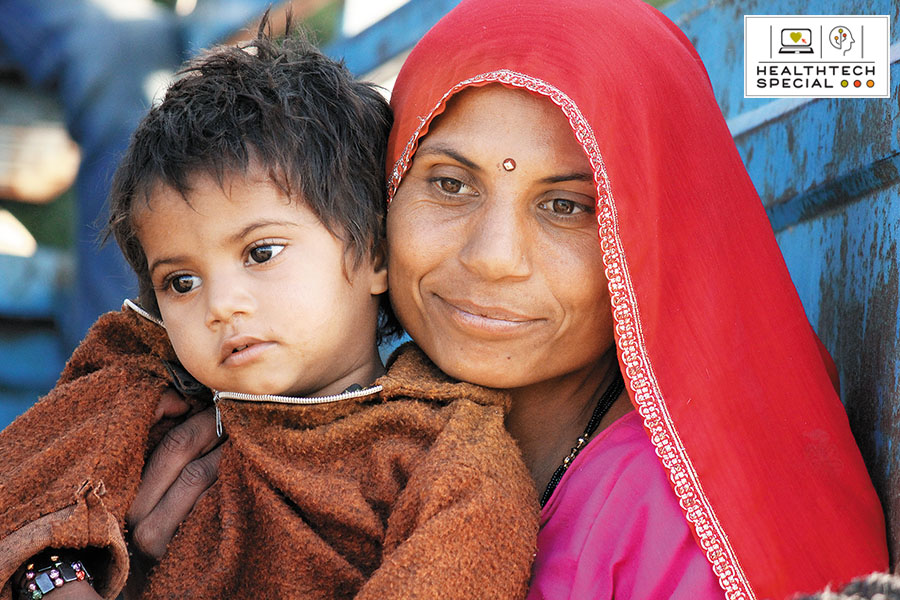 Rajasthan’s maternal mortality rate is a worry even though it fell by 22 percent since 2010-2012
Image: Shutterstock
Pregnancy for women in Rajasthan comes with a significant risk of death. According to the government’s most recent data (2014-2016), 199 women die from complications for every 100,000 live births in the state. With the national average at 130, the state’s statistic is sobering. Even more so when compared to China’s 19.6 deaths per 100,000 live births recorded last year.

Mindful that most maternal deaths occur due to factors such as postpartum bleeding for which there are known cures, the government of Rajasthan has been actively investing in public health care facilities. It has also been incentivising women to deliver at such centres, rather than at home. While the efforts have yielded results—the maternal mortality rate in Rajasthan has fallen by 22 percent since 2010-2012—it’s far from enough.

A quirk of law requires public health facilities in India to meet certain quality accreditation standards to get insurance reimbursements, but private health facilities aren’t held to the same standards. So the latter remain unregulated and lack standard operating procedures, explains Sridhar. With studies indicating that more than 50 percent women access health care in private facilities, rather than public ones, it was clear to MSD for Mothers that to see a reduction in maternal mortality rates, the quality of care at private hospitals had to be upped. 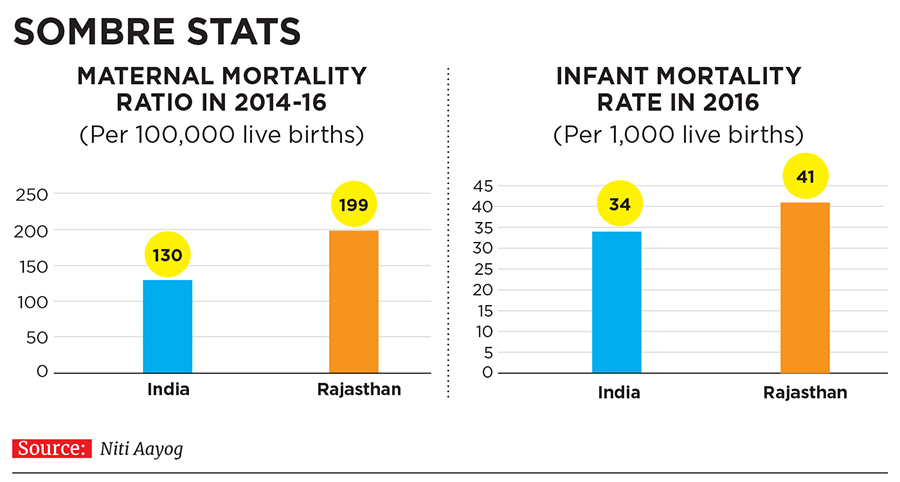 Rather than traditional grants or charitable donations to NGOs, MSD for Mothers tied up with a number of partners to launch the world’s first development impact bond (DIB) in health care. Dubbed ‘Utkrisht’, or excellence in Hindi, the $3 million (₹21 crore) bond is funded upfront by UBS Optimus Foundation, the Swiss wealth management firm’s grant-making arm. NGOs Population Services International (PSI) and Hindustan Latex Family Planning Promotion Trust will use this working capital to deliver quality interventions in private health facilities in Rajasthan.

If certain predetermined outcomes are met—in this case reach up to 600,000 pregnant women across 440 private health care facilities to avert up to 10,000 maternal and newborn deaths over a three-year period—philanthropic donors MSD for Mothers and the United States Agency for International Development will repay UBS Optimus Foundation the principal amount plus 8 percent interest. If the objectives aren’t met, UBS Optimus Foundation risks losing all or some of its money. Palladium, an advisory and management organisation that designed the bond, will manage its implementation over three years. If the targets are met, the Rajasthan government has pledged to come on board in years four and five to procure those outcomes themselves.

Announced in November 2017, operations kicked off this April. So far, around 500 private health care facilities in five districts across the state have been mapped to ascertain whether they meet certain eligibility criteria, says Pritpal Marjara, managing director at PSI. Of these, 57 have been found to make the cut for inclusion into the programme. Once the targeted number of facilities have been identified by the two NGOs (by December), the work of actually providing the upgraded amenities, training and support will begin.

Does this new way of funding improve the way work is done on the ground? “It’s not that we are suddenly more efficient just because a bond is in place, rather than a donation,” says Marjara. “But because the bond is focussed on achieving outcomes, it leaves us to do what we do best—work with health care facilities, rather than worry about reporting back to the donor on how the inputs were used.” Grantors or donors of charitable projects generally ensure that money is not wasted by keeping track of the inputs, such as number of vaccinations given or teachers trained, for example. But whether the intervention actually did good often remains unclear.

Moreover, because each of the implementing partners has committed a total of 20 percent of the capital required, everybody has their “skin in the game”, points out Sridhar of MSD for Mothers.

This method of aligning the interests of all stakeholders and then paying for results via a development impact bond has seen success previously, albeit in education. Three years ago, UBS Optimus Foundation provided the funds—through a DIB—to Educate Girls, an NGO tasked with enrolling out-of-school girls in Rajasthan into primary and upper primary schools. The results of the pilot project announced in July this year showed that 92 percent of all girls identified in the programme area were enrolled in school, with their progress being measured on outcomes such as attendance and proficiency in English, Hindi and mathematics.

The challenge, however, will be to go from succeeding at pilot projects to creating scalable solutions, says Neera Nundy, co-founder at Mumbai-based not-for-profit Dasra that focuses on strategic philanthropy. According to her, in order to move from the margins to the mainstream, DIBs will not just need to bring accountability and measurability of outcomes to the table, but also cost efficiency—that is, the per unit cost of delivering the desired outcomes at scale should be feasible. “As soon as you can do these three things, you can unlock government funding, which is the ultimate pot of cash that is going to move the needle on our development outcomes,” explains Nundy.

Equally important is unlocking private sector funding. As far as the Utkrisht bond and the DIB extended to Educate Girls go, Sietse Wouters, programme director, innovative finance at UBS Optimus Foundation, says initial investors have been “socially motivated individuals” and organisations with an “appetite for risk”, or those who are willing to sacrifice some, if not all, financial returns in exchange for potential social gains. DIBs enable NGOs and governments to access the funding they need to roll interventions while staying focussed on the outcomes, says Wouters, “It shifts risk from implementing partners [NGOs/service providers] and governments to private investors.”

That said, Nundy is quick to warn that with DIBs, “We need to make sure we are unlocking new money, and not just redirecting money that would otherwise be philanthropy. We have got to make the pie bigger, not just restructure the pie.”

If indeed this can be achieved, then complicated and time-consuming to structure as DIBs maybe—the Utkrisht bond took a year and a half to design, including identifying the outcomes that can be tracked and measured—they can be a force for good. Rajasthani women will not be the only ones breathing easier.