Do top Indian companies hire professional Chief Executive Officers on the basis of caste or religion? And does it matter for financial performance? Professors Naga Lakshmi Damaraju and her co-author Anil K Makhija offer some surprising insights on these important questions 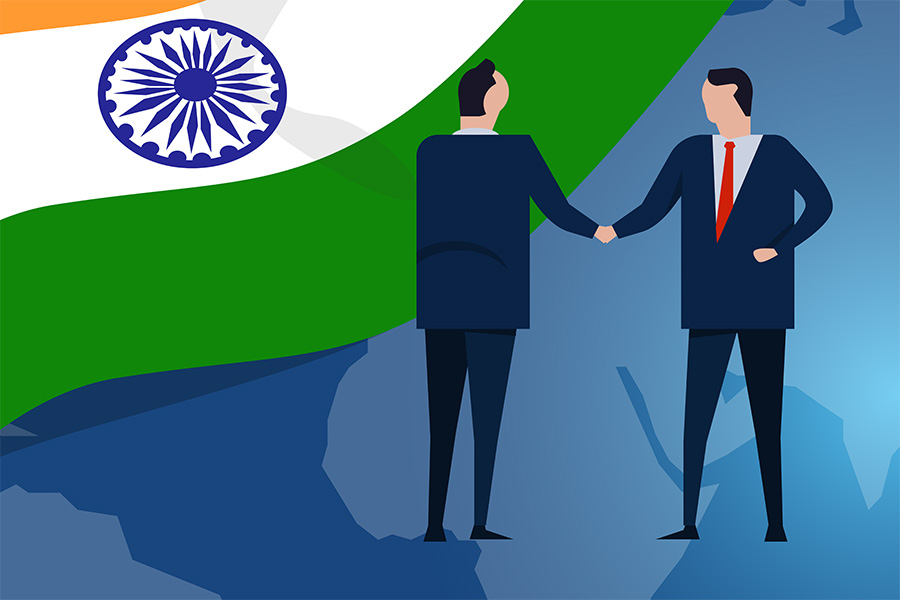 Image: Shutterstock
Whether Chief Executive Officer (CEO) appointments at the largest corporations are driven by the biases of firm owners is an important subject for corporate governance. In a country like India, where the multitude of religions, castes, and communities can become reasons for biased decisions, the subject assumes special importance. The caste system in India is deeply ingrained in society. Despite various government policies to promote equality, caste/religion-based discrimination seems to not disappear and has been a source of massive social and economic inequity.

In fact, Luigi Guiso, Paola Sapienza of the Kellogg School of Management and Luigi Zingales of the University of Chicago in their 2009 paper provided evidence that cultural similarity, be it religious, genetic or somatic, can improve bilateral trust, leading to more trade. Similarly, Deepak Hegde of New York University’s Stern School of Business and Justin Tumlinson in their 2014 study show positive performance effects for start-ups when venture capitalists and the start-ups they invest in are close in ethnicity.

Naga Lakshmi Damaraju, Assistant Professor of Strategic Management at the Indian School of Business, and Anil Kumar Makhija, Professor of Finance and Dean of the Fisher College of Business at the Ohio State University, studied these issues in the Indian context.

Top Indian Firms
The study used a sample of the largest 1,000 listed firms by market capitalization from the Bombay Stock Exchange (BSE) and the National Stock Exchange (NSE) over the period, 2001–2009. The hiring decisions at these firms should have the greatest impact on the Indian economy. The study focuses on new CEO appointments by private sector firms during this time period. Public sector appointments are likely to be driven by different considerations and therefore are not included in the study.

The exercise involved identifying family-owned firms, CEO turnover events, and the castes/ religion of both the firm and the CEO candidates. Since caste or religion are not directly identifiable, the researchers used the family names of individuals to assign caste and religion through a detailed matching process. The pool of rival candidates for comparison included the “insider” candidates, of the firm, i.e., internal directors and key executives of the firm, and also “outsider” candidates, i.e., internal directors, key executives, and CEOs of the rival firms from the industry category of the focal firms. Sophisticated statistical matching techniques were used in building the comparison pool to ensure that the candidates are comparable on important attributes, except caste and religion. The dataset thus constructed was very unique.

Do caste and religion matter for professional CEO appointments?
The analyses, at first glance, suggest that there is a bias in CEO selection, since a large proportion of CEO hires appear to be from same caste and/or religion as the firm owners. This proportion appears to be way over the expectation based on the proportion of the castes and religions in the population of available pool of candidates and nation-wide. The authors then used detailed statistical analyses to decipher whether this bias is driven by good reasons of information or just a preference for candidates from the same caste/religion group.

The following explanation may help reconcile these results. For these sub-samples of firms, since a majority of insiders, whether directors or key executives are likely to be from family circles and friends and hence likely to be from same caste/religion, firms may prefer to appoint those who are not from same caste/religion when choosing professional CEO candidates. Such choices could be critical to managing the morale of insiders, who are not from same caste/religion, nor from within family or friends circles. It would reassure them that they would have fair opportunity to be recruited for the highest position without being discriminated against.

Nevertheless, for the non-family firm sub-samples, results support a bias in favour of the same caste or religion insiders. This evidence does not, however, conclusively establish that the bias is due to preference for working with same caste/religion CEO candidates.

The results suggest that the CEO being an insider candidate also does not impact firm performance. These results are consistent since if outsider candidates are hired as CEOs based on same caste/religion considerations, then caste/religion is likely to provide information about their attributes and firms could be hiring better CEO candidates. Therefore, firm performance is not likely to be adversely affected in case of ‘outsider’ hires. In the case of insiders, since there is already likely to be information about them, again, performance is unlikely to be adversely affected.

About the Researcher:
Naga Lakshmi Damaraju is an Assistant Professor in the Strategy area at the Indian School of Business.
Anil K. Makhija is Dean and John W Berry, Sr Chair in Business of The Ohio State University Fisher College of Business.