And Gates Said, Let There Be Word

Microsoft Word started out as a much reviled product. Quarter of a century later, it's around, and nobody can do without it

There comes a time in the life of every red-blooded, Che Guvera-worshipping young man’s life when he comes to detest Bill Gates and Microsoft — that evil, money guzzling, tar pit — which owes at least 25 percent of its revenues to a piece of bloatware called Microsoft Office.

And if you’re man enough, you wash your hands off that awful processor-consuming, RAM-busting software embedded into Office — Microsoft Word. And wish wistfully for uncomplicated editors like XyWrite — the word processor of choice for journalists, writers, academics and students through the late eighties and early nineties. 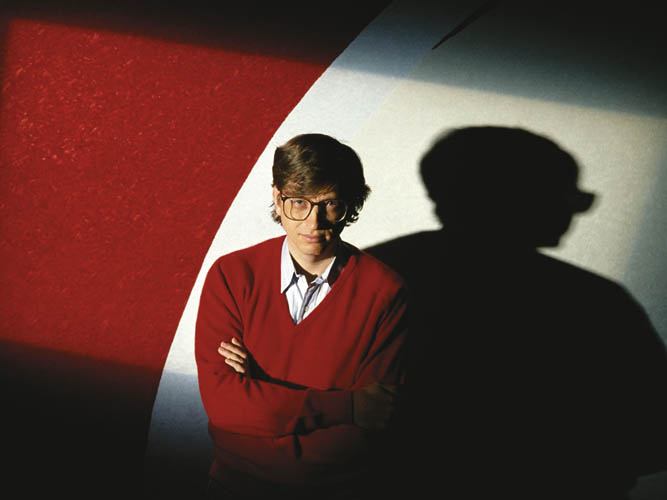 Image: Matthew Mcvay/ Corbis
LONG SIGHT: Bill Gates invested much of the money he made early in developing Word
Over time though, younger men grow into pragmatic, mellower, Warren Buffet–admiring, young men. And then, 25 years of Microsoft Word bashing later, without their noticing, without their knowing, it suddenly occurs that their lives are intertwined with that of Microsoft’s. It is impossible to get past a working day without either reading or writing something on Microsoft Word.
Twenty six years ago, in 1983, it wasn’t quite like this. There were all kinds of word processors available and Bill Gates was just a smart kid who had figured the significance of copyrights in the software business. In 1981, he delivered PC-DOS, the operating system preceding Windows, to IBM for a one-time fee of $50,000. He didn’t give up on the copyrights though. He knew others would clone the IBM system and if he gave up the copyrights to the operating system he built, he’d lose one hellava lot of money.
Now, those were the days when software developers hadn’t quite figured out how important copyrights are. But Gates had. And he protected his rights ferociously. It didn’t quite earn him bragging rights as the nicest man in America. But it most certainly made him a powerful, influential and rich developer.
Perhaps, it was this fierce defense of his rights as a software developer that conferred on Gates and Microsoft the moniker of “evil”. With the benefit of hindsight, it seems an unwarranted moniker. How many men in history can you think of who have created foundations with an endowment in excess of $35 billion?
Be that as it may, much of the money he made in the early days went into developing MS Word — which a few years later, became part of a larger suite called MS Office that includes Excel, PowerPoint and everything else in between. The rest, as they say, is history. Twenty five percent of Microsoft’s revenues now come from MS Office. In that sense, it is the Viagra of the software business. More accurately maybe, Viagra is the MS Office of the pharmaceutical business.
In the absence of any meaningful competition and in an effort to endear itself to all computer users, Microsoft has been adding features to Word steadily over the years. The ability to remember multiple copy-pastes in Word 2000, right-hand side help menus called “task panes” in Word 2002, XML-based file formats and context-sensitive menus called “ribbons” in Word 2007…the list goes on. As a result, its list of features has skyrocketed, with a majority of users relying on a very small subset.

With the next release of Office, Office 2010, Word is rumoured to gain two new avatars — a Web-based one and a free, ad-supported one. Microsoft is said to be doing so in the face of competition from free, cheap or Web-based competitors like Google Apps, Zoho and OpenOffice. But would that be good idea?
By making Word dependent on flaky Internet connections or cheesy advertisements, Microsoft may just end up driving away millions of users around the world who like it just the way it is.

Tweets by @forbesindia
Call of the Ashram
Sleeping on the Job