IIT-JEE Will Be Missed

The Joint Entrance Exams for admission to the IITs, which are expected to be scrapped, was created to weed out mediocrity and test the intricate knowledge of students 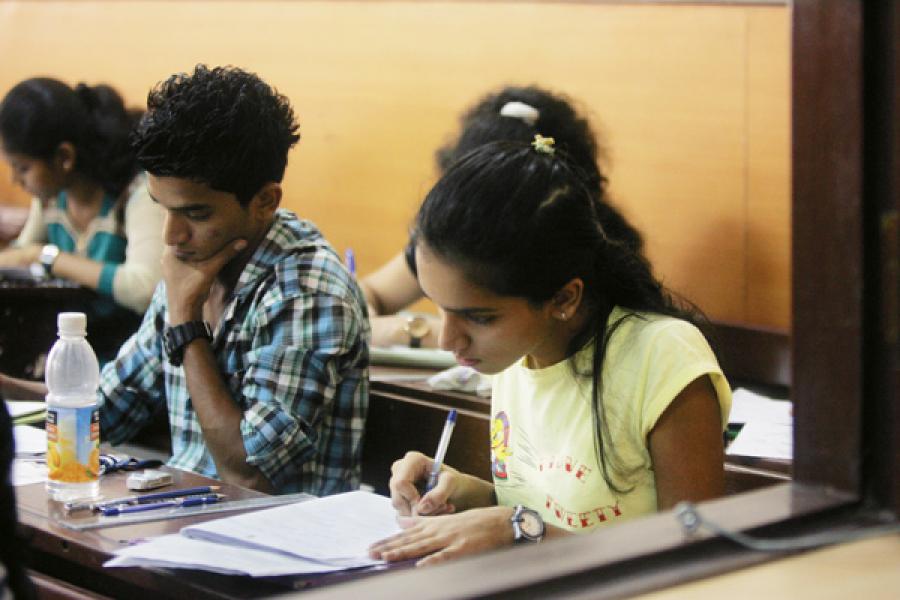 Image: Hindustan Times/ Anshuman Poyrekar
BRAIN TEASERS The IIT-JEE would definitely rank among the toughest three examinations in the World

A former director of the Indian Institute of Technology (IIT) Madras, professor M.S. Ananth, recollects a dinner table conversation with an Indian Administrative Services (IAS) officer. The IAS officer firmly believed that the IIT Joint Entrance Examination (JEE) could easily be replaced by any other exam in India.

Like what, asked Ananth? Perhaps, the UPSC examination, argued the officer. It is fair, tough and can pick the best minds in the country. Ananth remembers his retort to that suggestion. “You get your current UPSC batch and I will get my students and let’s see which is the best team at analytical and reasoning skills.” Ananth claims the officer had a hearty laugh and left it at that.

There is the Dakar Rally in motor rallying. There is the Ironman Triathlon in athleticism. And then there is the Hell Week at the Navy Seal’s training course in the US Marine Corps. These are things that push the mind and the body to the extent possible. The IIT-JEE can be added to this list. It would definitely rank among the toughest three examinations in the world.

The JEE began life as the Common Entrance Exam (CEE). The CEE coincides with the IIT Act of 1961. The idea was to weed out mediocre talent and pick only those who could solve S.L. Loney’s trigonometric identities while brushing their teeth. A JEE question wasn’t just a question. It was designed to knock the intellectual stuffing out of the candidate.

Many who have been a part of the JEE system feel it is the best examination when it comes to testing the intricate knowledge of students. “It does not matter if 2 lakh or 5 lakh students are taking the exam,” says Dr. Ashok Misra, chairman of Intellectual Ventures and former director of IIT, Bombay.

Misra himself took the JEE (then CEE) in 1963.  “It didn’t matter where you came from; to clear the JEE you had to be good,” says professor Jayant Baliga, Distinguished University Professor NC State University who was in the top 50 when he took the exam in 1965.

To help the students, postal coaching classes like Brilliant Tutorials came up. Later, coaching towns like Kota in Rajasthan came up as most state boards did not equip students for the gruelling demands of the JEE. Lalit Goel, an IIT Bombay alumnus, and top 50 ranker in the JEE, remembers his days at Bansal Classes in Kota. “I had made a decision that I will not play [cricket] and not think about girls. We are all away from home. All days were very busy with the coaching and homework,” he says.

But what made the JEE a starting point for something good was the faculty. “It was absolutely world class. I remember my mechanics professor telling me that they weren’t here to teach us a topic, but rather a way of thinking about problems. That’s what makes the IITs special. The JEE is just the start,” says Nitin Srivastava, co-founder & CEO, Mindworks Global Media Services, and an alumnus of IIT Kanpur.
So long JEE: It was tough while it lasted!

Get the latest stories, videos, and podcasts from Forbes India directly in your inbox every Saturday
Thank you for your comment, we value your opinion and the time you took to write to us!
Comments 46