Philip K. Dick is the inspiration for modern-day film makers like Nolan who have taken it upon themselves to question the idea of reality 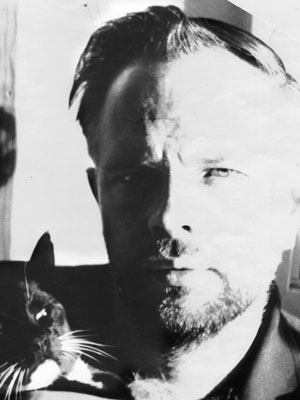 Science fiction author Philip K. Dick (PKD) can be held responsible for implanting some of the craziest ideas in the finest minds of Hollywood. These, in turn, have created their versions of Dick-sian fantasy.  The recently released, Inception, written and directed by Christopher Nolan, explores the concepts of reality and dreams which is entirely PKD territory. The movie has extensively explored memories, alternate worlds and paranoia, and has still maintained its pulp-fiction story plot. These were exactly the tools that PKD used to entertain his readers for years.

One of the eternal quests of the human mind has been to understand the true nature of reality. This quest is particularly pronounced today when there is paranoia related to psychology, technology and sociology. As the machines become smarter, people have started to ask themselves about what it really means to be human. This is something that the Matrix trilogy exploited to the fullest extent.

Hollywood has got this point very well. In 1982, Ridley Scott made Blade Runner based on a PKD novel, Do Androids Dream of Electric Sheep, in which he explores the idea of what makes humans different from machines. Dick died before the movie was released but had seen some of the rushes of the film. PKD thought that this movie had the ability to redefine science fiction inside Hollywood and was proud that it was based on one of his ideas.

Over the years, writers like Christopher Nolan, Charlie Kaufman and Richard Linklater have tackled — in true PKD style — the theme of modern man’s confrontation with the role of society. They want people to question reality, the way religion, philosophy and science has questioned it. At the same time, they want to entertain the viewers. While PKD used a pulp fiction style to explain the paradoxes of understanding reality, these people are using films.

But very few conceptualised those paradoxes better than PKD. He was an ardent follower of the German philosopher Kant and felt that reality in itself is unknown to any sentient organism. His other influences were eastern philosophies like Zen Buddhism and Taosim, but one of his biggest influences was C.G. Jung, the German psychologist. PKD felt that the most productive ideas in science fiction come from alchemy, religion, Greek philosophy and Roman literature. He spent much of his time understanding eastern religions. And then he mixed it all up with LSD to explore his own understanding of what it means to be human.

Stanislaw Lem, a polish science fiction author who also wrote Solaris — which was immortalised by film maker Andrei Tarkovsky in 1972 — too was a great admirer of PKD. “The essential point is that a world equipped with the means of splitting perceived reality into indistinguishable likenesses of itself creates practical dilemmas that are known only to the theoretical speculations of philosophy,” he writes in an essay on PKD.

Viewers have responded very well to the Hollywood-aided explorations of the Dick-sian world. The internet is full of discussion boards on movies like The Matrix, Inception, Memento and Eternal Sunshine of the Spotless Mind. There is a very smart audience that has made these movies cults. They can all thank PKD for his ideas and world which can be interpreted and reinterpreted and yet entertain the general viewer. Nobody knows this better than the modern film maker who has created his own version of the dystopian PKD world where his ideas are kept alive. Chances are that as we become more paranoid, it is his ideas that can help us understand reality in the coming future. PKD is the spinning top or totem in Inception.

(This story appears in the 13 August, 2010 issue of Forbes India. To visit our Archives, click here.)