How we survived: SectorQube pivots but remains 'smart' 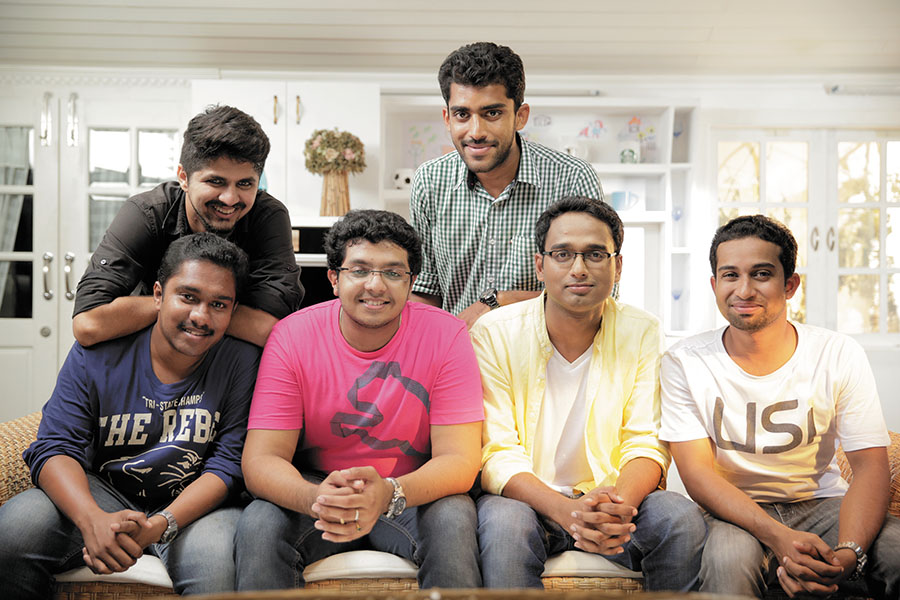 'How We Survived' is a series of stories on businesses—big and small—that innovated or pivoted during the coronavirus crisis to survive. For all the stories in this series, click here
Staying in the kitchen is not easy, especially if one can’t stand the heat. Six classmates from Kochi, who started their entrepreneurial journey in 2013 by rolling out Internet of Things (IoT) startup SectorQube, were willing to grind it out. The fledgling venture, which was into developing smart kitchen devices, got bruised in 2016. Blame it on ‘Maid’. Maid (make all incredible dishes) was the brand name for a smart multi-functional oven that could be controlled via touch, gesture and voice, had a personalisation engine, and a recipe database. There was only one problem though. “The project was too advanced for the market,” rues co-founder Nibu Alias. The technology was subsequently licensed to appliance maker IFB. 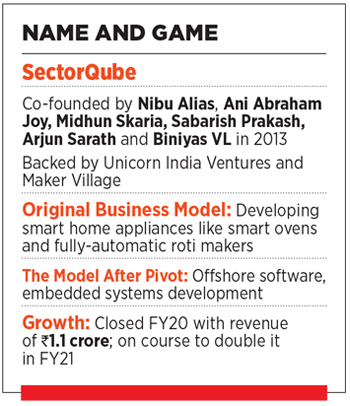 Cut to March 2020. Alias and his team were ready with another smart appliance: A fully-automatic roti maker. SectorQube was in the last stage of talks with several big manufacturers to roll out the product. Then came the pandemic. The project was put on the back-burner, the supply chain—some critical components coming from China—got disrupted; and the startup pivoted. “We pivoted our electronics team to work on projects that do not require extensive R&D and resources,” says Alias. The result has been encouraging. SectorQube has been earning both from software as well as electronics projects. The easy part of the pivot was having an experienced and skilled team to execute the road map of product development. SectorQube already had a software services division that develops projects for its clients across the world. The software team quickly adapted to work-from-home. “They could easily understand the client requirements and goals,” he says. This helped in deliveries with faster development timelines. The tough part of the pivot, Alias points out, was that the startup was emotionally and financially heavily invested in completing the roti maker. “It was so near yet so far,” he says. The team had a slight mental barrier in leaving behind the product, even though it was temporary, he adds. SectorQube backers were surprised at the speed with which the startup pivoted. “It approached us for funding when it was developing the roti maker,” recalls Anil Joshi, founder, Unicorn India Ventures. The co-founders had developed a prototype, and Joshi committed funds to help the startup develop a customer-ready final product. The virus and lockdowns changed the script. With every passing day, resources were depleting. “In our mind, it was a kind of a write-off situation,” recounts Joshi.

Then came the pivot. The team began taking up software development projects using existing resources and turned around the company. “SectorQube, which was looking to get shut in a few weeks, did more business than what it did in so many years,” claims Joshi. While the company will continue to work on smart appliances, the new business line has given a new dimension to growth. “SectorQube has taught us that nothing is impossible if you wish to make things happen,” he adds. SectorQube leveraged the power of IoT to build kitchen appliances that are intelligent, automatic and faster than those available in the market. The first was a smart microwave. The Android-powered oven could fetch recipes from the internet, and automatically set the time and temperature for the dish. It was sleek, technologically advanced and a leap in the oven market. However, since the microwave production was controlled by Chinese manufacturers, SectorQube failed to mass manufacture it. Subsequently, its alliance with IFB Appliances enabled it to work on a ground-breaking product in the Indian appliance industry—India’s first IoT washing machine. “Our core focus is on developing smart appliances, and the pivot has not changed this,” underlines Alias. The co-founders know the possible pitfalls if they move too quickly. “We plan to continue the slow run for a while and then shift our focus back to in-house product development,” says Alias. Mistakes, he stresses, aren’t interesting when one is in the moment of realising them. “They just become pages of your textbook later on.” SectorQube started off building a product that was way ahead of the market, and competition. There lied the learning. It is not just the products in the market that decide what comes next. “There are a huge number of factors that influence the decisions,” Alias underlines. It is only through experience that you learn to take better decisions when it comes to product development. The kitchen, and the show, must go on.