IoT-Connecting The World Through Integrated Devices 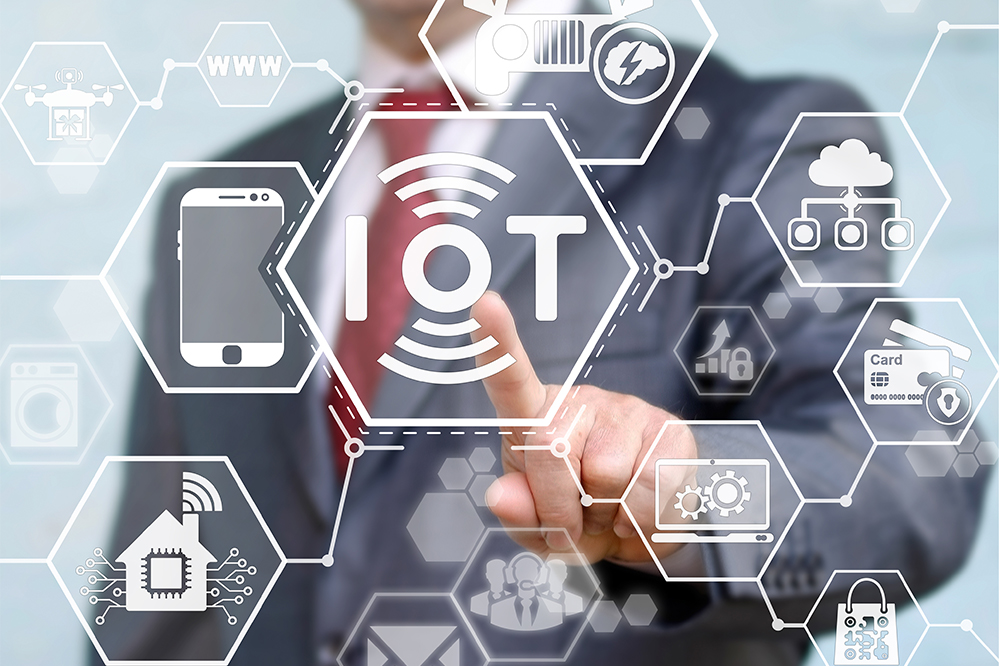 Vikas—a farmer in the hinterland of India—is famous for his excellent problem-solving abilities. He has set an example for his fellow farmers by optimising the use of resources.

The agriculture sector has traditionally been a labour intensive sector in India. Real-time observation and continuous crop care chiefly decide the quality of produce. Vagaries of the weather add to the challenges of the farmer.  The time elapsed in collecting data and making it actionable results in a huge loss now and then.

Vikas has intelligently overcome all these problems.

About 15-18 months ago, he had read a report in a leading newspaper which spoke about India using two to four times more water to produce one unit of major crops such as wheat, paddy and pulses as compared to the water consumed by its global counterparts such as Brazil, China and the US.

He went to the root cause of this problem and started monitoring the water consumption level in his farm fields. In no time he began producing more with less water. And the credit doesn’t go to Vikas alone. He has employed some smart assistants who made this possible. His success lies in using smart devices to produce the best results.

His team comprises of a few farm assistants and a lot of interconnected devices which are integrated with every aspect of farming. Be it soil pH assessment or water level monitoring or automatic weather forecasting or material ordering, devices assist Vikas in every function. This allows him to focus on more productive aspects of farming that require his attention.

By simply incorporating easy and affordable technology, Vikas has reduced the possibility of crop failure due to negligence or some unperceivable change. He has also ensured that his farm assistants toil less and focus more on other things such as ways to improve the produce.

This is not a fabricated story or a utopian view of agriculture but something happening in a lot of places across the world and in India. Agriculture is being revolutionised by these brilliant technology tools. Farmers can now scale their output by doing smarter work and let technology take care of the minutiae. Intelligent monitoring and communication devices are making inroads into agriculture and all other walks of life and changing them for the better.

IoT is less about standalone smart devices and more about the symbiotic nature of the entire ecosystem. The ecosystem is typically supported on three major fronts:

1. Smart analysis of data: With the increase in the number of machines and sensors being used everywhere, tons of data is being generated and stored in data warehouses for potential use. IoT enables collection, storage and analysis of heaps of data for business decisions.

2. Enhanced cognitive abilities: The dawn of the cognitive age of machines has been a boon for all the industries. It allows devices to observe, learn and make decisions. Cognitive and learning engines have allowed a lot of devices to analyse and incorporate past data and results enabling them to make better decisions progressively.

3. Emergence of automation: The above two conditions have allowed rapid automation and development of a stable system. All the information is collected and understood automatically to eliminate the need for human intervention to make sense of the scenarios.

The road to a pervasive IoT world is filled with obstacles, the major ones being security, compatibility and scalability. IoT applications require a lot of data transfer amongst interconnected devices which requires the network to be very strong. A minor flaw in the architecture is enough for a hacker to gain access to the system and misuse the data or manipulate the devices. As more and more devices start interconnecting with one another, standardisation gains a centre stage. Without having defined standards for interconnectivity, ensuring compatibility will be an uphill battle. Lastly, as adoption increases, scalability will be a huge challenge. Billions of people on the planet using multiple smart devices concurrently will put the system under tremendous strain. To ensure uninterrupted connectivity and provide a seamless experience, the network operators will have to level up and scale the network capacity accordingly.

To solve the standardisation, scalability and security issue, IBM has developed the Watson IoT platform which enables companies to build custom solutions using devices, sensors and communication gateways. The inbuilt modules and industry applications in the platform allow an accelerated development and deployment on the IoT cloud. It brings out the real power of IoT by combining it with cognitive analysis of structured and unstructured data. The platform is simple and secure. It’s scalable too as it integrates seamlessly with other devices.

IoT presents a host of opportunities to simplify the user’s life by taking care of a lot of work, thereby improving the overall throughput. It promises an even more interconnected world and a chance for companies to increase their productivity with the same resources.