When we connect firms in a network, based on the way their fundamentals influence each other, the connectivity properties determine how much we can expect to gain by holding a firm's stock. 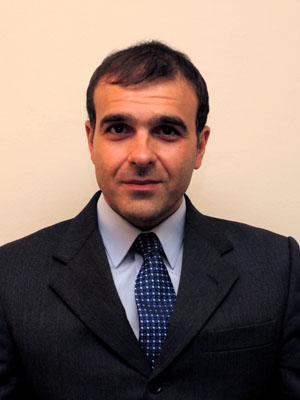 The financial community is devoting increasing attention to interconnections between different firms and sectors, functioning as a potential propagation mechanism of firm-specific shocks throughout the economy. Indeed, we can think of a 'network economy' as a pair-wise dependence structure that describes the mutual influence of firms' fundamentals (e.g. earnings). In a given economy, the network structure is the time-changing resultant of a particular industrial organization and a particular firm financing model (whether market or intermediary-oriented), which describes the linkages between financial and real sectors. May aggregate fluctuations stem from microeconomic shocks to firms? The answer depends on the extent to which the network connectivity structure allows idiosyncratic shocks to propagate and grow systematic, or else to die out without affecting many peers, diversified away.

The idea of the existence of a network structure has been at the heart of much of policy decisions in the U.S. and Europe during the 2008 Credit Crisis, when several financial firms have been rescued to avoid adverse effects to the rest of the economy. Substantial regulatory effort is being devoted to understand the linkages across firms and sectors and limit excessive propagation of shocks.

From a financial perspective, analyzing the property of a network economy has interesting implications for stocks' expected returns: the gain we expect on average from holding firms' equity.

Financial theory explains expected returns as a compensation for the risk inherent to the security.

Much of the literature has embraced a ‘top-bottom’ approach, which postulates the existence of systematic sources of risk, such as consumption risk, with which stock returns are correlated. For instance, a stock with returns that are negatively correlated with aggregate consumption has the desirable property of paying-off more in bad times, thus an agent will be willing to accept a smaller expected return from it, in exchange of the smaller risk.

The network story is different, in that it advocates a ‘bottom-up’ approach, whereby systematic risk does not exist ex-ante, while every firm specific risk is potentially systematic, or ‘priced’, capable of requiring a risk premium.  The magnitude of the latter depends on the ability of the risk to evolve into a common one, thus ultimately on network connectivity.

How can we relate the role played by a firm in the network- the characteristics of its network linkages – to its expected stock returns? This question can be addressed in a Dynamic General Equilibrium Model   featuring multiple dividend-paying firms.  The network structure is modeled through the ability of each firm's endowment shocks to cause other firms' shocks in a timely and directed manner.

It turns out that the risk premium an agent requires is positively related to the extent that the firm is actively connected to the rest of the network, in that it can transfer its own shocks while being relatively insulated from others’.

Fundamental shocks of such a firm lose soon their idiosyncratic nature and evolve into a systematic factor leading the business cycle.  The marked exposition to their own risk makes active, or central firms, procyclical relative to passively connected ones. This means that the equity of central firms is riskier, because it performs well or poorly when the majority of other firms does the same. Being cyclical, that is, performing in line with the rest of the economy, justifies a greater risk premium.  According to this reasoning, centrality, or active network connectivity, is a firm characteristic that is positively correlated with net exposure of a firm to all idiosyncratic shocks in the networks. Thus, if we were able to assess the degrees of centrality, we would also know from which firm we should expect larger returns. Unfortunately, centrality is not an unobservable characteristic, and we can at best come up with some empirical measure, inferred from data on fundamentals (earnings or dividend distributions), on industrial input/output linkages (such as the NIPA tables in the US), or customer/supplier relations. We have employed one such measure, ‘Dynamic Centrality’, on US data, with the purpose of testing the structural link between network characteristics and the cross-section of expected returns through the hypothesis that the larger the dynamic centrality, the larger the expected return. Indeed statistical regressions cannot reject this hypothesis at standard confidence levels. Moreover, a centrality factor explains a significant portion of the risk-premia of book-to-market sorted portfolios: the centrality annual risk premium ranges from 0 to 15.3%.

Explaining the diversity in stock expected returns through the lens of network linkages is an interesting venue for future investigations. Further empirical evidence is needed. To this end, the availability of disaggregated, firm-specific data on clientele, technological and financing relations will be crucial.

1. The risk premium is the expected return on the stock in excess of the interest rate gained on a risk-less investment.
2. Based on the manuscript 'Dynamic Networks and Asset Pricing' (2014), by Paolo Porchia and Andrea Buraschi.