Heads And Tales: A short story about Boardroom Decision Making during the Global crisis

"When there is plenty of food on the table everyone is nice. Problems only arise when we are running out of food and someone turns off the light; that's actually how a crisis shakes up behaviors in the boardroom." (CEO)

By Alberto Lavin and Carmelo Mazza 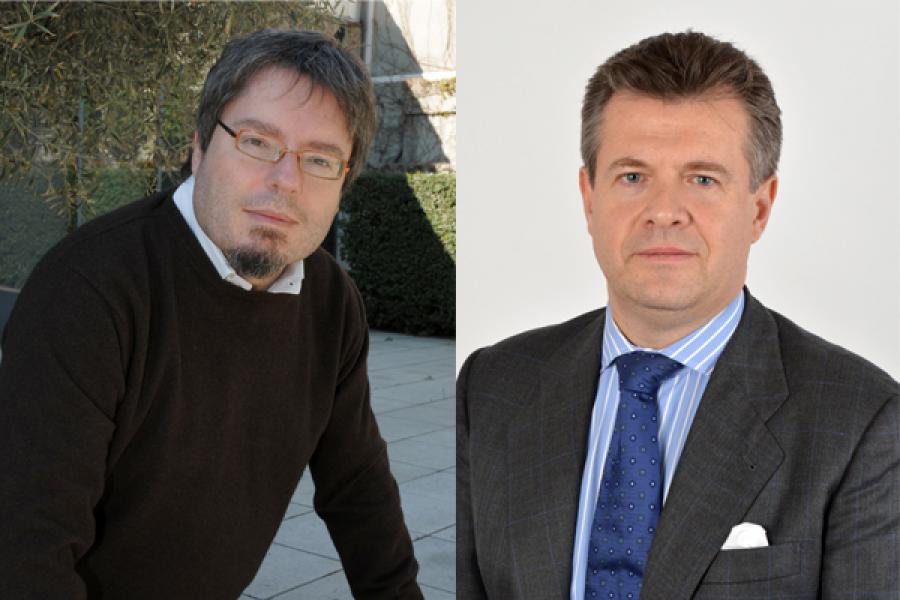 Senior managers and senior management teams are often idealized in the business world. They are almost unblemished icons in the views of organizations and societies at large, probably influenced by the reproduction of overly eidetic patterns in the press, films and media on the topic. The average John Doe tends to believe the typical CEO is akin to Gordon Gekko or Jordan Belfort in the Wall Street themed screenplays: rich, powerful and unprincipled (if needed to achieve results).

Most people assume the vast majority of business leaders (and other social frontrunners, like top politicians) have quasi-magic attributes that help them achieve their organizational goals no matter how complex they might be. Folklore about corporate leaders has very often painted a romantic view of the men and women at the top. But is this a true portrait of executives and board members? Are they really like that or just ordinary human beings facing great uncertainties and highly demanding challenges coupled with huge responsibilities?

In a way, this overly simplified view of the executive role means we (managers and employees, but also, for the most part, the general public) feel much more comfortable with enthralling accounts of organizational performance. It is hard to accept such vagueness in organizational life, and it is particularly threatening to admit that CEOs, as well as in-office politicians, do not always have a solution. This seems to be a particularly disturbing thought during crises; we human beings are always in search of certainty and want to increase our perception of control over our environment.

Not surprisingly, and particularly during crises, employees, media and society as a whole, look to corporate leaders because they are perceived as playing a crucial role in solving the situation that is impacting their companies, fostering unemployment and threatening social welfare. What we seek in these situations is (to borrow a term coined by Harvard’s Professor Khurana) a corporate savior.

What were the findings of this research on boardroom decision making during the crisis? A heads up on conclusions
In our research on boardroom decision making during the recent financial crisis (Lavín and Mazza, 2014), we found four patterns of boardroom behavior that may be used to better understand future crises. After all, crises are cyclical phenomena. This one has hit countries, companies and individuals particularly hard, but one thing we can be sure of is that there will be more crises in the future.

The first inference is the complexity of organizing coordinated action in the boardroom, as there is not always an “objective” perception of crisis, making it more difficult to take organized and timely action. It is difficult to decipher the environment, to agree on and then to act upon conclusions, particularly when the interpretation of every director (even pertaining to the same board) may be so different. Precious time to react was probably lost by misinterpreting early signs of the latest crisis (or by launching symbolic rather than coordinated and substantive action plans).

The second conclusion is that boards adopt a stronger short-term orientation during crises. Crisis usually promotes increased short-termism at board level, partly because of enlarged causal ambiguity in the generation of results and also as a way to limit risk or personal liabilities for members of the board. To put it more plainly, directors use the brake pedal more often when they are in the middle of the mist. Some risks may be avoided by doing this but, inevitably, large opportunities are also lost.

The third issue focuses on the increased centralization of the board and its control impetus, which often results from increased uncertainty in the environment and the subsequent rise in the alleged risk for decision makers. Senior executives and board members shield themselves during crises by strengthening (or at least trying to) the level of control over everything that is happening around them. This might provide decision makers with a greater feeling of control even if decisions are taken in a less timely manner. This might be risky, as timeliness is paramount in crises.

Finally, the fourth observation centers on increased self-interest (opportunism) and parochialism in boards in times of crisis. We knew before that crises promote more self-serving behaviors, but while we could not quite describe them as predatory, we can arguably contend that a crisis is a situation in which opportunism is accentuated and that it increases tension among boardroom parties (remember the short quote at the beginning of this article!).

If our sources for this research are right - and they are insiders with a long tenure in their roles - crisis ingredients could still persist for some time, all the while coupled with “the nuts and bolts” of boardroom decision making processes, and will thus continue to produce and reproduce negative effects on the economic system. Changes - even in the composition of management teams - may be needed. As one of our sources (a non-executive director) pointed out: “It is difficult to leave a crisis behind because those (directors) that brought us here are not going to be able to drive us out safely.”


Find out more in “Boards under crisis: Board action under pressure” by Alberto Lavín Fernández & Carmelo Mazza, Palgrave MacMillan, 2014