Marketing In Mergers: Value Your Brand

Should brand name have an impact on the success of a newly merged company? 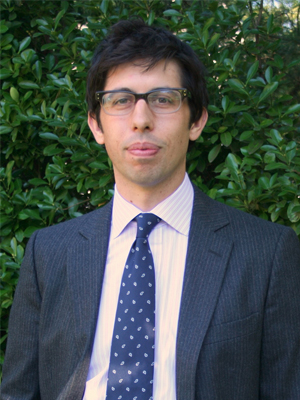 There is a little secret that many people don’t know about Mergers & Acquisitions: most fail. While there are numerous publicized failures like Daimler and Chrysler’s doomed alliance or AOL and Time Warner’s dysfunctional relationship, many merger failures are smaller in nature and thus go less noticed. It’s not that mergers completely destroy both companies, but it’s more that there is a steady, unexpected loss of value for the new combined entity. Specifically, past research on mergers has shown that they decrease the long term value of the new firm by as much as 10 percent in the five years following the merger. However, much about what causes this loss in value is unexplained by conventional theories.

Given the size and scope of this problem, Professor Natalie Mizik (University of North Carolina), Jonathan Knowles (CEO of Type 2 Consulting), and I are considering another way to explain this problem: by examining the brand of the new company. There are firm perception issues that impact the new firm, and thus the brand of the entity does matter and is often overlooked. That is, while most mergers are put in place to increase the combined revenue of a company, possibly decrease operational costs, or simply stave off bankruptcy, the branding aspect is often unnoticed. It is well acknowledged in the marketing literature that individuals have strong associations with particular brands and what they represent. Then, shouldn’t the new brand name also have a huge impact on the success of the new merger?
As such, we collected a sample of 216 firms and placed them into three groups based on their branding style at the time of the merger. The first group we called Assimilation, which is when the acquirer completely takes over the brand name and image of the acquired firm. If the acquiring firm has a great brand name, then the majority (but of course not all) of customers of the acquired firm will likely be satisfied. The second group we called Business-As-Usual, referring to situations in which the brand of neither corporation changes. This preserves the customer level focus of both companies, but may mask high costs of operational synergies. The final group, Fusion, represents a situation when both companies contribute elements of their individual identities to form a new brand. A great new example of this is the merger between Continental and United Airlines. While the new company is named United Airlines, the font and symbol are retained from Continental – appeasing and retaining customers from both companies.

Next, we performed an analysis of each of these groups, adjusting for common influences such as risk, size of the firms, and value of the company. We find that over the next three years, companies with Assimilation strategies underperform the market by on average 15 percent and that firms with a Business-As-Usual approach underperform the market by 25 percent. In contrast, fusion branded companies actually beat the market by three percent. That is, firms, which take an integrated branding strategy approach, outperform those that do not.

The reason behind this result can be understood by considering the different groups impacted by these brand changes. The first, of course, being the customers. How will a customer feel if a brand name they love and trust has been usurped by an unknown brand, or worse, a company with a lower quality image? Discarding a brand name, as in the Assimilation strategy, equals a loss of good will.

The second group is the employees. Workers have certain associations with their current employer and, while these associations are not always positive, they are strong and individuals tend to work for companies that fit their personal style and interests. For example, those who work for a small company may pride themselves on the culture that reflects a certain independence. A takeover by a larger, more “corporate” firm may decrease this employee’s engagement, raising production costs and increasing the possibility of creating lower quality products or customer experiences.

Investors comprise the third group. Whichever brand strategy is undertaken will signal to investors the level of the companies’ commitment to the integration, and how well they have thought through the merger. For example, a Business-As-Usual approach might signal that the companies are not entirely sure how well they fit together as a new entity and whether the new merger will actually work.

What does this research tells us about crafting a successful merger? First, it is not only customers that care about the outcome of a merger. Employees also need to understand the direction of the firm in order to be empowered and engaged in the new brand. Second, mergers are a signal to investors of how well the integration process will work – so perceptions matter. Third, managers must evaluate and select the right brand strategy from the very beginning.

It is important for firms to thoughtfully consider how their brand is perceived during disruptive events. Any major change in a company will bring a large amount of scrutiny, including media attention. A merger is thus an excellent opportunity for firms to put their best foot forward and demonstrate their most positive qualities.