Why CEOs should watch '12 Angry Men' 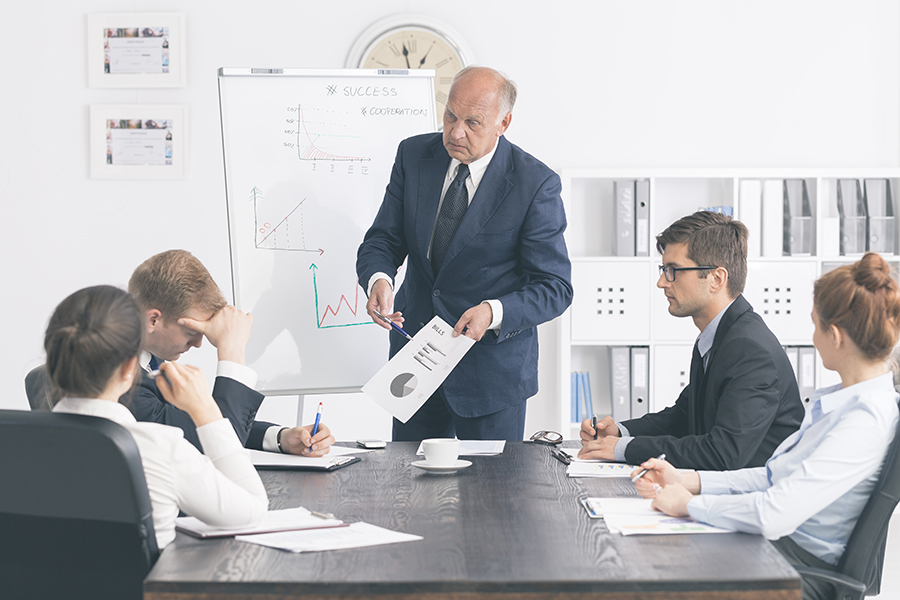 Image: Shutterstock (For Illustrative purposes only)
The VP of finance at a large European bank told me that, once, the night before a very important meeting, he happened to watch the 1957 classic 12 Angry Men. The movie, which won an Oscar and stars Henry Fonda, is about a jury that must determine a defendant guilty or innocent based on reasonable doubt.  It is a great noir thriller that touches on the power of persuasion, influence, and consensus building, and the finance executive mentioned that these lessons were fresh in his mind when dealing with his boss and colleagues that next day. It was clearer to him how to get people buy-in to the changes he wanted to implement in the company. Upon hearing this, I immediately went back to watch the movie and have been including it in my classes ever since to illustrate effective influence.

In fact, the lessons remain even more relevant today. The main challenge CEOs face nowadays is gaining trust, credibility, and respect from his/her peers. The script of 12 Angry Men is a masterpiece on social influence and understanding influence without power.

Let’s divide the movie into three parts and focus on the strategies that Henry Fonda’s character (the architect) plays in each. Part 1 teaches lessons on how to be influential unfreezing and mobilizing the group. Part 2 focuses on the lessons on how to change the group and create movement. Finally, Part 3 centers on lessons regarding freezing the change, consolidating the created momentum.

After a preliminary vote, the initial verdict of the jury is eleven guilty and one not-guilty. The Architect is the only one who votes not-guilty and he proposed to have a secret vote and discuss the case if someone else votes non-guilty.

1. Speak your mind. Do not succumb to social pressure and avoid group think. Then, move slowly by observing and listening to others in order to understand their inner motivations and personality. For example, the Salesman and Yankees fan, simply wants to get out of the deliberation in time for the baseball game. Understanding the motivations of others will help you customize your tactics of influence later on.

2. Begin with a small request such as “I guess we talk” or “I just want to talk” and avoid big requests such as “I’m not trying to change your mind.” Propose an alternative narrative that re-frames your purpose with modesty. For instance, to the question of “why are we here for?”. The assumption is that they just need to vote guilty to what it seems a clear case of murder. Yet, he answers “I don’t know, maybe no reason…” but “We owe him a few words… let’s take an hour.”

3. Gain the trust of others by revealing your own weaknesses. For example, “It’s not easy to raise my hand.” And create psychological closeness with your peers by sharing your doubts and being humble. For example, “I don’t have anything brilliant, I only know as much as you do.” But, by the same token, question assumptions by pointing out inconsistencies in others’ arguments. For example, the Architect questions the logic of the Garage Owner regarding the woman who saw the killing coming from the same background as the boy – “How come you believe the woman, she’s ‘one’ of them too, isn’t she?”

4. Show empathy by walking the talk such as “I kept putting myself in the kid’s place. I’d have asked for another lawyer.” The Architect creates doubts such as “supposing they are wrong… they are only people, people make mistakes.”

5. Do your homework and prepare in advance how you will gain credibility with your audience. You need to work for your audience before they can support you. For example, the Architect had bought a knife into the boy’s neighbourhood the night before. Since the knife was a key evidence in the case, he creates a “wow” moment showing the possibility that somebody else may have a knife exactly like the one owned by the boy. Yet, the timing of this “brilliant” trick should be set up carefully. Time your strategies so that they escalate from the softest to hardest.  For example, in the movie the Architect goes from listening to others to showing the knife.

After a secret vote, the Old Man changed his vote to non-guilty to support the Architect. Then four additional jurors changed their vote in favour of acquittal, ending this second part of the movie six to six.

1. Nurture your first follower (for example, the “Old Man” in the movie) and publicly recognize his/her support, even if it is with just a smile. Then, continue to identify your most likely supporters, have one-on-one meetings to find out the unique inner motives behind someone’s public position. Directing your first efforts of influence in their direction will help you. For example, The Architect met on the side with the Bank Teller, the Painter and the Man from Slums and this resulted in their support.

2. Establish group norms to protect your overall purpose avoid giving too much attention to rule breakers. For example, the Architect does not allow the Garage Owner and the Ad Man playing tic-tac-toe game, saying “this isn’t a game” and goes on with his argument.

3. Be alert to new ideas and evidence coming from your early supporters and use them to your advantage. For instance, the Man from the Slums remarks about the old man who testified against the boy was a turning point in the movie. It brings the idea that “witnesses can make mistakes.” This made the Architect wonder “I’d like to know if an old man who drags one foot cos he had a stroke can get from his bedroom to his front door in 15 seconds.” and motivated him to request the map of the apartment and recreate the scene of the old man going to the door, creating doubts on this critical testimony.

4. Your main role as change agent is sense making, so create the big picture for your case. For example, when the Architect recreates the scene of the old man going to the door, he concluded “I know what happened… ” and “…we have proved the old man couldn’t have heard the boy say.” This generates movement by identifying small wins that illustrate how general support is on his side. Then, make it tangible, for example “I think we ought to have an open ballot.”

5. Your emotional opponents are their own worst enemy so allow them to reveal their own inconsistencies. For example, the Messenger Service Owner says “He was an old man, he was confused.” and the Garage Owner remarks “he don’t even speak good English.” These two examples impact the plot of the movie showing how these two jurors lose credibility in front of others. They are then socially isolated because other jurors who do not want to be associated with them.

The six remaining jurors who still think the boy is guilty change their mind one by one as the Architect uses different tactics of influence with neutral, rational and emotional opponents.

1. First, focus on bonding with the people who take a neutral position and are likely to go with the flow. They are easily convinced when they see that the momentum is on your side. In the movie, the Baseball Fan, the Foreman and the Ad Man belong to this neutral group. For example, the Architect listens to the Foreman´s personal story as an assistant coach.

2. Then, move forward your case with rational people -the Broker. Provide them with an empathetic experience to ‘feel’ the arguments. For example, the Architect asks the Broker to remember details about a movie he watched comfortably with his wife -“put yourself into the boy’s shoes, could you remember details under those circumstances?-” and when the Broker failed the test, he concluded “…and you were not under an emotional stress, were you?” Also, identify experts to cement your position – asking the Man from Slums “how do people use the knife?” and asking directly to others “What do you think? to break it up and consolidate the momentum. Finally give credit to others for their ideas. For example, the Architects recognizes the new insights of the Old Man “There are 12 people in here…” and “11 of us did not think of it either.”

3. Finally, socially isolate those who show strong negative emotions towards your goals. For example, the Garage Owner is rejected by the rest of the group. Yet, save the face of your opponents to assure that yesterday´s enemies will be your friends of tomorrow. For example, after he points out stereotyping statements, the Architect replays “it´s always difficult to keep personal prejudice out of a thing like this.” Then show politeness to provide emotional comfort to the previous opponents to start building and repairing a positive relationship. For example, the Architect helps the Messenger Service Owner with his coat.

THE END: Do not forget to celebrate your success with your first follower. He/she was the one who started the movement. Remember the last scene on the stairs between the Architect and the Old Man.

- Margarita Mayo (margaritamayo.com) is Professor of Leadership and Organizational Behavior at IE Business School in Madrid and a Visiting Professor at ESMT – the European School of Management and Technology in Berlin. Views expressed are personal.