'The caste is alive and kicking in corporate India' 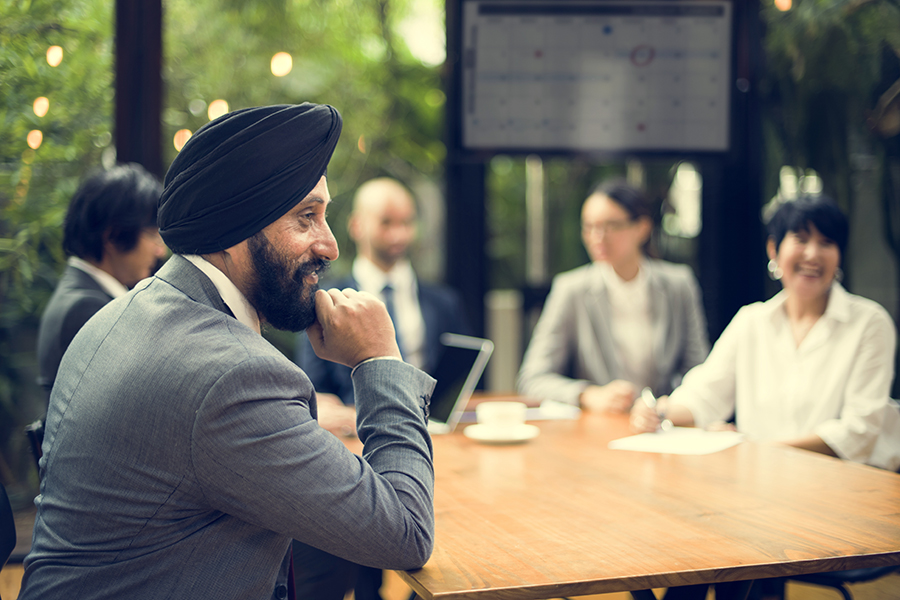 The importance of caste as a centerpiece of Indian social life comes alive during elections, when we witness the dramatic spectacle of political parties jostling for the support of different caste groups. Nevertheless, many urban Indians assume that the obsession of caste is a domain of the rural and semi-urban areas. As individuals who grew up in a big cosmopolitan city, when we observed in our research that caste and its influence is alive and kicking even in elite corporate India, we too were surprised. In a paper titled `Firms of a Feather Merge Together: Cultural Proximity and Firms Outcome’, that we wrote with Michelle Zemel and Teja Konduri, we found that a large percentage of mergers and acquisitions (M&As) in India occur between businesses whose directors belong to the same caste group. We considered a sample of over twelve hundred M&A deals during 2000-2017 and found that of all deals where Brahmins had the maximum representation on acquirer firms’ boards, nearly 50% were with target firms whose boards were also dominated by Brahmins. The corresponding percentage was even larger for Vaishyas, at 55%. Similarly, we found that Kshatriya and Shudra dominated firms acquired targets with boards dominated by the same Varnas. The same pattern held if we instead considered Jati - a narrower caste construct. For example, firms whose boards were dominated by Agarwals predominantly acquired other firms with Agarwal directors, Maheshwari dominated firms predominantly acquired Maheshwari dominated firms, and so on. Careful analysis revealed that this is far from coincidental; firms systematically seek out targets whose directors share caste identities with their own directors.

What’s more unsettling is that businesses are harmed by such deals. We find that stock markets penalize mergers between firms of the same caste; the values generated for both acquirer and target in same-caste deals are lower than in other deals. Aspects of negotiation between the firms, such as the premium on the target firms’ book values that acquirers pay, or the time they take to complete the deal, also do not improve. Further, if we look at the merged firms’ performance one or two years after the deal, we find that in fact they do slightly worse than firms that did not do same-caste deals. Yet, such deals are rampant in corporate India. It is fair to ask then: why are they still happening and who is benefitting from them? It turns out that directors who belong to the dominant castes of the acquirer boards in such deals enjoy whopping jumps in their compensation post the deal - upwards of 400% increases, on average. This increase is disproportionate in comparison to the near doubling of compensations enjoyed by retained directors not of the same caste. A larger fraction of them are also able to retain their enviable director positions. This suggests that directors who care about caste tend to engage in M&A deals with other firms whose directors share their caste identities, to the detriment of the firm, but to their own private advantage. One would expect that those Indians who rise to the level of directors of large corporations would be able to shed the biases of caste. Unfortunately, that doesn’t seem to be true. While our research doesn’t point to any caste-based discrimination, it suggests a bias for the familiar. Corporate interactions, knowingly or unknowingly, tend to concentrate toward people of the similar caste groups. We hope, however, that things will improve with time. Even if implicit bias in favor of associating with people of similar castes continues, perhaps cut-throat competition in the corporate world would force companies to mend their ways. After all, same caste mergers lead to loss of shareholder value and loss of firm competitiveness. Therefore, firms that take active steps to reduce this bias are going to have a leg up against the competition; efficiency of the market should win eventually. How long this might take, though, is anybody’s guess. Maybe the firms are either not aware of this implicit bias or just refuse to accept the facts? We are hopeful that this implicit bias will reduce over the years as we go through a generational change in the boardrooms. Younger Indians are more likely to have grown up in multicultural settings. As this new breed comes of age and enters India’s boardrooms, we can hope for lesser bias for caste and more for efficiency. The lessons from this study are simple, yet profound. All of us have implicit biases that affect our decisions. When those decisions happen to be the ones made in boardrooms, they have real implications for the performance of firm and hence the economy. Therefore, it is imperative for firms to actively look for existence of those biases and to try to negate them. As the Indian corporate sector gets more integrated with the world, it should actively counter the biases that come from a caste based society.

Story based on personal views by co-authors Profs. Manaswini Bhalla and Manisha Goel

Show More
Get the latest stories, videos, and podcasts from Forbes India directly in your inbox every Saturday
Thank you for your comment, we value your opinion and the time you took to write to us!
Comments 13