Indian elections are too noisy and unpredictable: Milan Vaishnav

The author on the rise in political competition, why people vote for candidates with criminal backgrounds and the need for digital campaigning 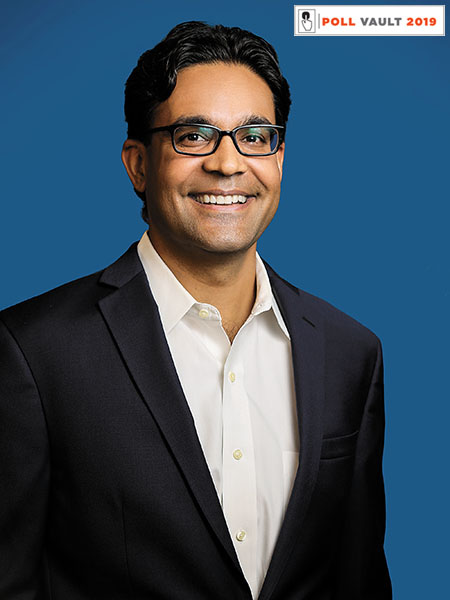 Q. This election is set to be the most expensive in the world. How did we get here?
The first is just simple population growth. Over time, the size of constituencies has exploded. So now if you are a Member of Parliament (MP), you have between 2 million and 2.5 million constituents to respond to. Just contacting them is quite expensive.

Second, we’ve seen an incredible rise in the level of political competition. To give you one statistic, the average victory margin in the Indian general elections over the last few times has been about 10 or 12 percent. In the US, in the last Congressional election, the average margin was 35 percent.

Then there is a rise of voter expectations, about what politicians and parties will hand out on the campaign trail. So we hear a lot about the distribution of money, jewellery, liquor, of other goodies.

Perhaps the most important one, in some ways, is that there is a relatively weak regulatory system to curb the use of money.

Another effect is it’s changing who stands for an election. Nowadays, unless you are a goonda, a businessman, a celebrity, a dynast… there is very little room for the aam aadmi. Which means the political representative class looks very different from the average citizen.

The final consequence is about citizen confidence. If citizens believe politics is like a commodity that can be bought and sold, it might start to erode people’s confidence in the legitimacy of democratic institutions. That’s a long-term threat, but one we have to remain vigilant of.

Q. With so much money sloshing around, is this really a democratic election system at work?
From a campaign perspective, it creates an uneven playing field; because unless you are independently wealthy or connected to wealthy networks to finance, it’s hard to contest and win Indian elections. There is a reason why 82 percent of Lok Sabha MPs elected in 2014 are crorepatis, that’s not a coincidence.

The thing on voter freebies is difficult to assess. The term I use rather than vote buying is gift-giving. It increases the cost, but a lot of research shows it’s next to impossible to actually buy someone’s vote. While researching elections in Andhra Pradesh in 2014, I was struck by how much money candidates were distributing on elections. One MLA candidate I observed closely for two weeks was spending two-thirds or more of his overall campaign budget in the last 48-72 hours on pre-poll handouts of cash and liquor. I was amazed not only by the huge sums being spent, but also how clear-eyed the candidate was that the money could not buy votes. Instead, the logic was: If you don’t give money, you are sure to lose the elections.

A lot of countries struggle with this question of money and politics, but if the playing field is not necessarily flat and people are able to get a leg-up by money or by using criminal candidates, it starts to chip away at this notion of free and fair elections. Indian elections are still too competitive, too noisy and too unpredictable… there is a lot of volatility in Indian elections to say they are not democratic. But if the status quo continued, over time, we will see this kind of erosion. I can’t put a date on that, but I think we are on that path.

Q. Did demonetisation have an impact on political funding? How have the recent political funding reforms changed things?
Demonetisation didn’t really have much impact on political funding. Whether you look at Election Commission seizures of cash and other goodies, which have continued to rise, or you talk to the political parties who say we may have experienced a short-term hit… a lot of these assets aren’t sitting around in cash anyway. Political parties are diversified investors, they have assets in real estate, businesses, in a number of things… they are not stupid. The recent changes brought in by this government... electoral bonds, changing the definition of FCRA [Foreign Contribution (Regulation) Act], removing the cap on corporate contributions, they have all contributed to not just an increase in a lot of money being spent, but also an increase in opacity.

Q. Why are more candidates with criminal cases getting tickets?
One reason parties are attracted to criminal candidates is because of the money they amass and spend. And they have an incentive to spend that money to get elected because being an MP or MLA gives them a sense of protection. While 20 percent of Lok Sabha MPs in 2004 had criminal cases against them at the time of their election, it was 31 percent, almost one third, in 2014. That gradual increase is also true at the state-level. It is this premium placed on money that helps bring out the comparative advantage of these criminal candidates who, one, have an organisational platform they can adapt to campaign; two, have liquid resources; and three, have the know-how to make money and distribute it undetected. All these things are valuable in the current political context.

Q. But candidates with criminal records continue to get elected. Why?
Most voters are aware of these candidates and their backgrounds, but many have an incentive to vote for them as they believe their criminality is an asset rather than a liability. Because the government doesn’t seem to function as it should in so many parts of India, these criminals essentially become middlemen, mediators… they help citizens access the state or navigate the state or work around the state, and so voters are actually rewarding them for that. It’s not what voters would ideally like to do, but given the trade-off they face in their own lives, these questions can be matters of life and death. So they have been trying to make the best of a bad situation by identifying candidates they think will be able to adequately and forcefully represent them.

Q. How can we change this equation?
You have to work to clean up political funding. One of the missed opportunities of this government is that after demonetisation, you could have insisted that every political donation going to a party happens digitally, that is you prohibit cash donations… that would have sent a tough signal. Number two is you could have insisted that every political party has their books audited by a third-party auditor.

Q. Apart from being the most expensive election, are there other ways in which this election differs from previous ones?
If 2014 was the first social media election, this trend has only deepened. Parties and candidates are spending a larger share of their budgets on digital and social media, and modern advertising. Most candidates cannot afford to cede online space to their opponents. This emphasis on digital campaigning is only going to grow, along with its adverse consequences of fake news and misinformation.