The tech effects of Covid-19, and offices of the future

Three IIM professors assess the first, second and third-order implications of the lockdown, which has forced companies to go digital. Many of these effects could be lasting, and change the way we live 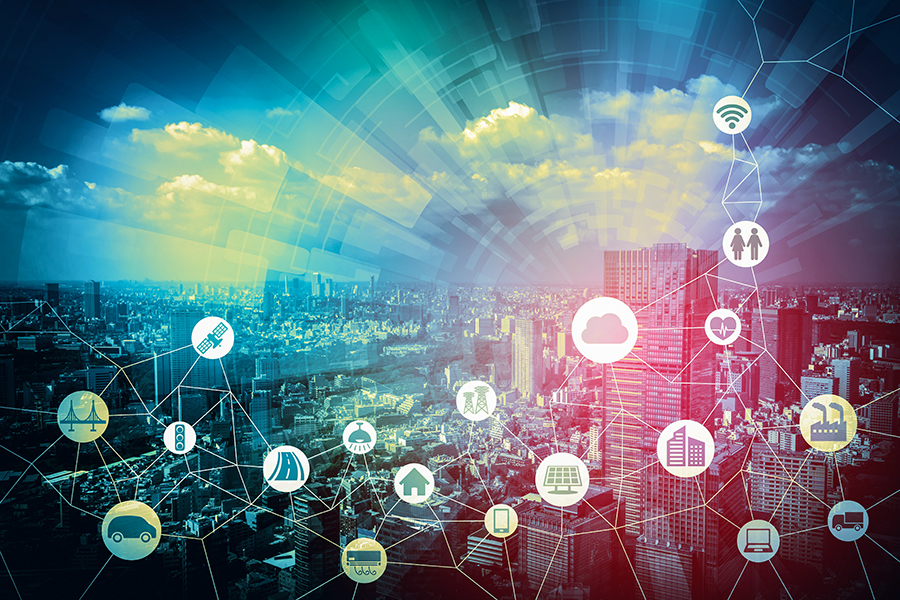 With the steady continuity in the global Covid-19 pandemic, we are advised to maintain social distancing, keeping safe, physical distance from other people, in order to reduce the risk of the coronavirus transmission. To ensure this, the primary measure taken by organisations is the work-from-home mandate.

All forms of office work has now shifted, almost all over the globe, to the digital space, wherever possible. Schools, colleges, universities and training institutes are all also shifting instruction and examinations to the audio or video conferencing mode. Family members stranded in disparate locations are resorting to conversations over video.

As we shift to the digital embrace and adopt it in increasing measure, we are slowly segueing into habits that are likely to remain with us beyond the pandemic. It is well known in academic research that ways of life associated with technology take time to evolve, and often shift in unintended and unanticipated directions. This has to do with the technology itself, the functions and features in it and with how we change ourselves and our lives to adapt to these new ways.

The changes that technology has are often understood as first, second and third-order effects. First order effects are immediate and satisfy the need for which we adopted the technology; second order effects appear later, and have to do with changes within our work and everyday habits; and third order changes appear much later, where entire firms appear, or disappear, and industries and social practices change owing to our new preferences and habits. One can argue that first order changes are anticipated and desired, while second and third order changes may include unexpected and unintended positive or negative consequences.

We attempt, in this article, to understand some of the order changes that we can expect during and after the Covid-19 pandemic.

As the pandemic forces us to use audio and video teleconferencing, a direct first-order effect will be that organisations will enhance their capacities in terms of hardware, software and networks to manage this increased demand. The service providers, those who provide 3G, 4G and later 5G services, will also gear up and prepare to provide increased bandwidth. It is likely that in a few months, which will be the second order effect, organisations will increasingly adopt remote conferencing as a routine way of working, with all forms of meetings and discussions moving online, unless an exception exists.

The entire ecosystem of digital providers and support industries will then gear up to meet this demand. New forms of cloud-based services, apps and firms that manage such services, will emerge. A host of startups will offer meetings with better security, privacy controls, easier integration with organisational workflows, and easier access by different types of users in different countries.

The third order, more longer-term effects of this digital move, will be more interesting and possibly revolutionary. We speculate on a few, restricting our comments to urban workspaces:


The post-pandemic future could therefore hold both positive and negative consequences. For many of us, this will mean changes that we will have to accept and adjust to.


(Rahul De' teaches Information Systems and Artificial Intelligence at IIM Bangalore. His research focus is on information technologies for development.

Neena Pandey teaches Leading Digital Transformations at IIM Visakhapatnam. Her research focus is on the policy aspects of Internet governance.

Abhipsa Pal is a faculty member in the Information Technology and Systems area at IIM Kozhikode and holds a PhD from IIM Bangalore. Her research focus is on digital payments and information technologies for development)

Tweets by @forbes_india
The Corona Virus: A new book by Mumbai doctors
Will the sanitiser opportunity sustain after the Covid-19 crisis?