Will the sanitiser opportunity sustain after the Covid-19 crisis?

The viability of the sanitiser market will have to be assessed with caution in the long term, says Rushabh Shah of Bleach Chem 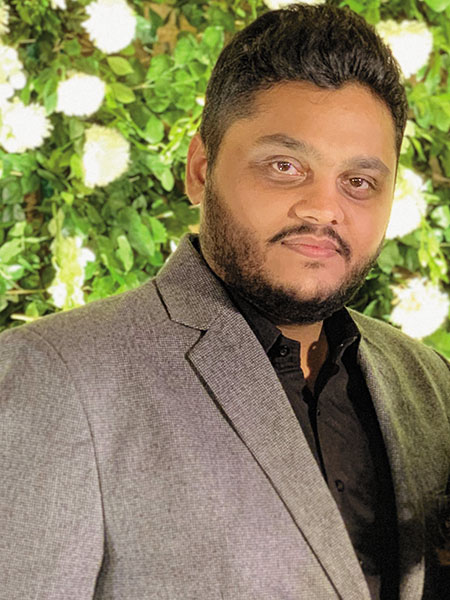 Coping with rising demand has been tough for makers of hand sanitisers, given that most consumers have been panic buying. The main concerns—for large FMCG companies as well as small players—are the same: Procuring raw material during the lockdown.
Some 45 distilleries have been granted permission to produce hand sanitisers, according to a March 26 release from the Ministry of Consumer Affairs, Food and Public Distribution. This is in addition to 564 other manufacturers who got the go-ahead. Besides, local schools and institutes like the IITs have begun to produce their own do-it-yourself hand sanitiser variants.
In this series, Forbes India speaks to sanitiser manufacturers—large and small, old and new—across India to find out how they’re coping.
In mid-March when Rushabh Shah started reading headlines about the coronavirus epidemic, he told his father over dinner: “We need to find a way to contribute. Manufacturing sanitisers is fairly simple, especially for a chemical trading business like ours. We should start selling our own brand of sanitisers too.” Keyur Shah is the co-founder of the Ahmedabad-headquartered Bleach Chem Group, and 27-year-old Rushabh its joint managing director. The next-gen scion oversees the pharma and healthcare division of the group, which also has interests in chemicals and coal trading, salt refining, logistics and tourism. The pharma arm is an exporter of generic drugs like paracetamol and ofloxacin.

Bleach Chem was founded in 1987 by Dixit Shah and Keyur Shah with a small manufacturing facility in Narol, Ahmedabad. They started manufacturing sodium hypochlorite, commonly known as liquid bleach, which is used widely as a disinfectant or a bleaching agent. The brothers would go door-to-door to different companies across Ahmedabad selling their product. As the company grew, it shifted focus to trading various chlor-alkali products. Today, the Bleach Chem group is a ₹1,600 crore company, with seven different verticals and operations in over 44 countries.

Now was the time for something else. The patriarch needed little prodding when his son suggested making sanitisers. But little did the father-son duo know about the hurdles that were about to come their way.

With a number of manufacturers jumping at this opportunity, the demand for the raw material shot through the roof. And prices, too, worrisomely of IPA, the key ingredient.  One of the largest IPA makers is Pune based-Deepak Fertilizer, with which Bleach Chem deals on a regular basis. “The rate for IPA was (pre-Covid crisis) ₹70,000 per tonne,” says Rushabh. “As soon as demand increased, the next day prices went as high as ₹1.2 lakh per tonne. And they continued increasing on a daily basis; ₹2.2 lakh per tonne and right now (in early April) it is ₹3.5 lakh per tonne.”

On March 19, the group had launched the BLEACH label. Till the month-end, the had sold about 50,000 bottles only in Gujarat, mostly in Ahmedabad. Bleach Chem was hoping to leverage its pan-India distribution network to take the sanitiser nationwide. The company has a third-party manufacturer based in Ahmedabad producing sanitisers under its brand. But post-lockdown, things have not gone as per plan. “[Manufacturing] plants are shutting down. They have no manpower. So we are not getting our products. Once we exhaust our existing supply, it will tough to create a new batch,” says Rushabh.

Will the sanitiser opportunity sustain after the Covid-19s crisis? Rushabh sounds a note of caution. “Although this was never a profit-making opportunity for us, we will have to see the viability of sanitisers, and for how long we can continue.”

Tweets by @forbes_india
The tech effects of Covid-19, and offices of the future
Remote work will diversify talent pool, include more women: Cisco India exec