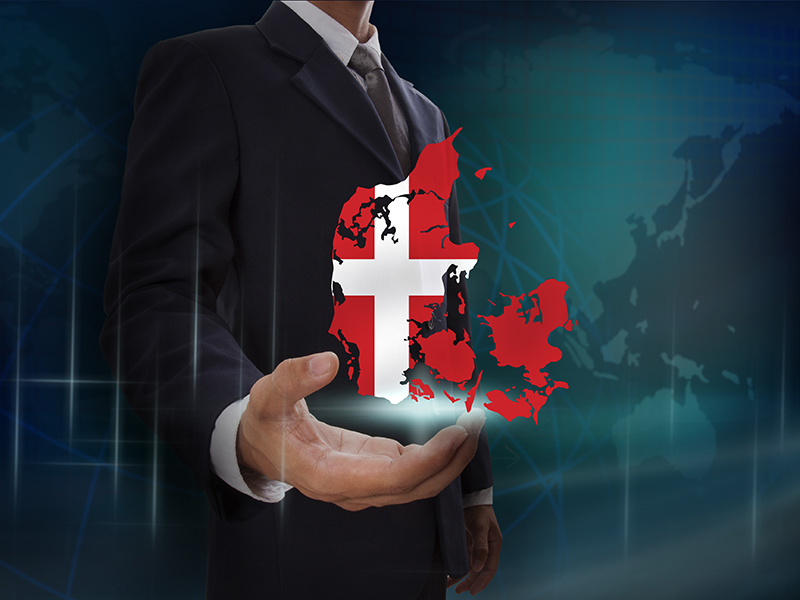 The foreign investment portfolio of Denmark has started taking a new shape after the formation of various investment funds supporting other countries’ businesses focusing on social and economic reasons. Although foreign investments by Denmark have been declining in the past decade, the Investment Fund for Developing Countries (IFU) is gaining momentum through its investments in under-developed countries.

Investment Fund for Developing Countries (IFU)
IFU is an independent financial institute, which comes under the Government of Denmark and mainly focuses on investing in businesses in under-developed countries, including Africa, Latin America, and Southern Asia. The central idea is to uplift businesses working in the social and environmental sector in such countries to create an impact and support the 17 UNSDGs. It recently joined hands with private investors and formed the Danish SDG Investment Fund in 2018 with a total capital of DKK 4.86 Billion. 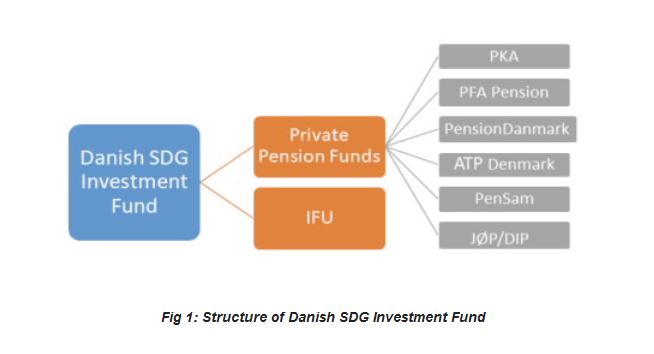 Danish SDG Investment Fund
The Danish SDG Investment Fund is a newly formed fund under the PPP model, which includes the IFU and six other private pension funds, as shown in Figure 1. They mainly invest and advise businesses in the domain of renewable energy, infrastructure, agribusiness, etc. Investment is made either by acquiring equity or providing long-term and short-term loans to such companies. Various Danish companies also assist and mentor these firms through their expertise and knowledge in such domains. The fund is managed by IFU itself, which is highly experienced in such markets for about 40 years. All the pension funds and the IFU along with the Danish State, contributed a total of DKK4.1 Billion to the Danish SDG Investment Fund, as shown in Figure 2. 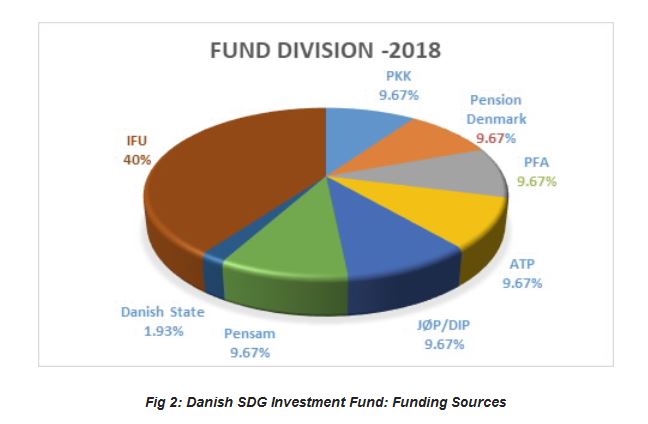 Objectives of the Danish SDG Investment Fund
The Danish SDG Fund has till now invested in various developing countries. Such a model is a win-win for everyone. The investors get 10-12% returns, and the businesses get access to Danish technology and mentorship.  Together this partnership engendersmore rapid advancements in sectors like renewable energy, advancing our drive towards sustainability.

Some of the recent investments by the Danish SDG Fund include:I.Africa: The Fund has invested close to DKK 47 Million in an education platform business in Africa to encourage more students to pursue higher studies in Africa (presently only 10% of the total population).

Other Major Funds under IFU
1.Danida Sustainable Infrastructure Finance:
DSIF concentrates on providing subsidized loans to developing countries investing in sustainable infrastructure projects in transportation, energy, water supply, and sanitation. Private banks in Denmark provide the financing, but the Fund provides the funds for interest payments on loans for up to 10 years. The private banks treat this arrangement through DSIF as a sovereign guarantee. Thereforethe loans are considered practically risk-free. Thus the subsidized loan funds are backed by risk-free securities of Denmark, instead of riskier infrastructure projects of other countries.

2.Danish Climate Investment Funds:
Launched in 2012, jointly with IFU, the Danish Climate Investment Fund (DCIF) promotes climate-relevant technology by aiding financing. It mainly invests in businesses focusing on mitigating climate deterioration and capturing greenhouse gasses. The DCIF was set up for 4 years with a target of 12 % CAGR for its investors. The profits from the investments will be distributed by a pre-defined model specified by the IFU. 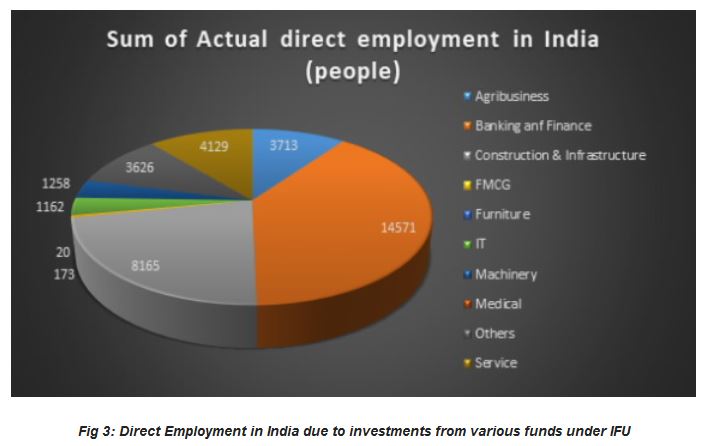 Denmark’s investments in India (under IFU)
Many investment funds under the IFU umbrella have invested in India in the previous two decades to aid businesses in creating social and economic impact in line with UNSDGs. These investments are estimated to have created 36817 jobswith a total foreign investment of DDK 1110.5 million. Such significant investment in businesses creating a social impact in India has led to a widespread increase in various other factors like total employment, living standards, and technology-enabled infrastructure with good returns on capital. The sector-wise distribution is seen in Figures 3 and 4. 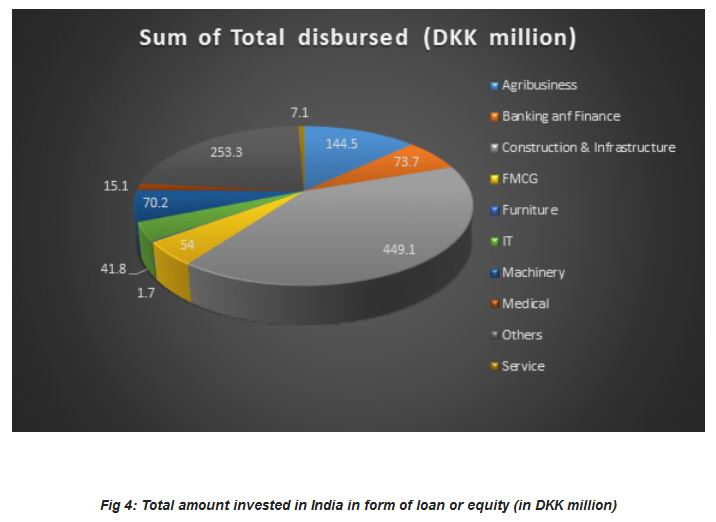 Conclusion
The Danish Investment Funds have enabled various developing countries to contribute to the UN’s Sustainable Development Goals by producing cutting-edge technology in renewable energy, Climate control, Sanitation, Transport, and Infrastructure. However, there are still some challenges in such a model. Investors in the private pension funds of Denmark seek risk-free investments with higher stability, but these infrastructure investments discussed above are risky for such a portfolio. These projects are not always predictable and may lead to investors pulling out their money from their pension funds at any point. Thus these pension funds need to have a higher contribution from Government-backed securities and the IFU to make them less risky.

Tweets by @forbesindia
Inside the reshaping of CSR in India during Covid-19
Photo of the Day: Eidi of life