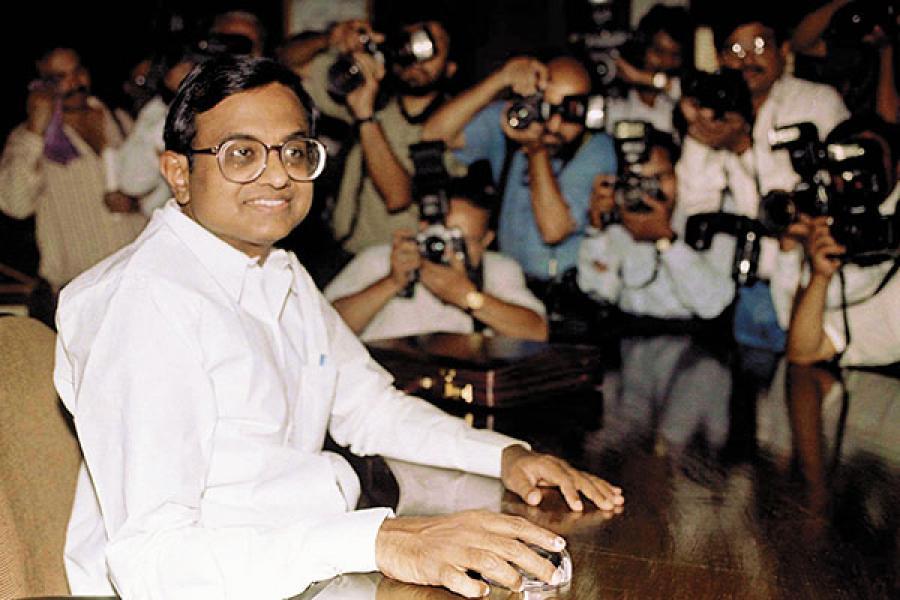 As P Chidambaram geared up to present the Union Budget on February 28, 1997, the then finance minister (FM) was fully aware of the political and economic uncertainties India was going through. His predecessor Manmohan Singh might have saved the country the blushes with his path-breaking Budget of 1991, but the government he belonged to was voted out of power in 1996. Economic reforms were increasingly being seen as anti-poor. The United Front, an alliance of 13 parties, was governing India with a relatively unknown Karnataka politician, HD Deve Gowda, as prime minister.

Though the GDP was consistently above 5 percent, it paled in compa-rison to the economic buoyancy of many smaller countries in South East Asia. The corporate world was lobbying for more growth enablers, including rationalised taxes. But they wouldn’t have been very hopeful as the FM had imposed a minimum alternate tax on profits in his maiden Budget a year before. However, by the time Chidambaram finished his Budget speech, the Sensex had risen by 6.5 percent, a booming vindication second only to Singh’s 1991 Budget.

As part of a slew of measures, the FM reduced personal income tax rates from 40 percent to 30 percent and cut corporate tax rates, including doing away with surcharge and bringing down royalty rates. He increased the limit of FII investment and laid the ground for the first round of disinvestment in PSUs. Import duty on many products saw a steep cut as well.

One of the biggest long-term impacts of the Dream Budget has been on income tax collections, which grew from Rs 18,700 crore in 1997 to over Rs 2 lakh crore in 2013.

“Before the ‘Dream Budget’, there was a growing perception that reforms could be stopped and revoked. But the 1997 Budget brought back the confidence that reforms are continuous and irrevocable,” says economist NR Bhanumurthy, professor at the National Institute of Public Finance and Policy. The Voluntary Disclosure of Income Scheme (VDIS) introduced by Chidambaram helped broaden the tax base and increase tax buoyancy over a period of time.