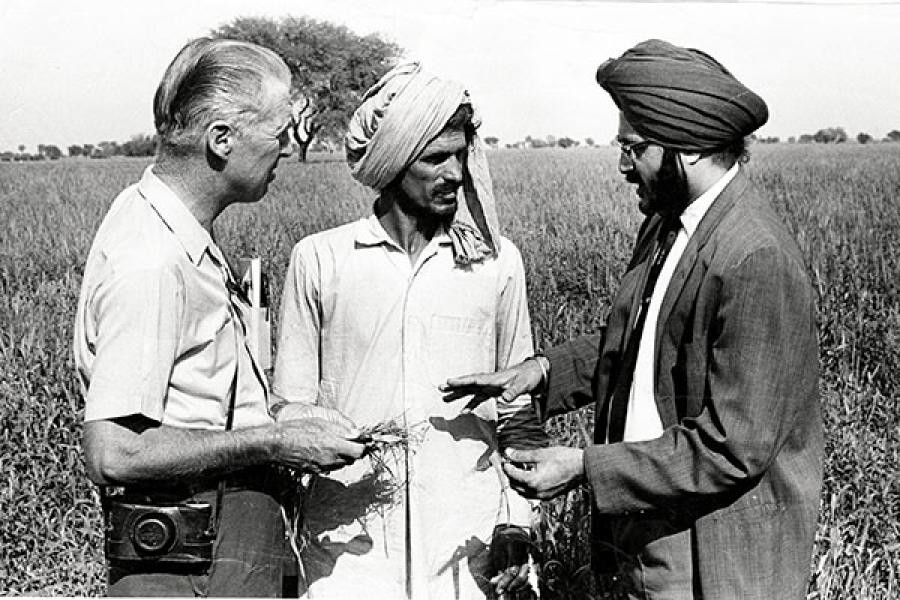 As India battled bitter memories of the 1943 Bengal famine, and the prospect of another threatened the nation in the ’60s, renowned geneticist Dr MS Swaminathan invited American biologist Dr Norman Borlaug to help increase the country’s food production. Borlaug, known as the ‘Father of the Green Revolution’, was famous worldwide for developing high-yielding, disease-resistant wheat varieties. He came to India in 1963 and, along with Swaminathan, examined its food situation and advised the government on a new course of action. Their work led to a surge in food production and a decline in food prices, and eventually contributed to Borlaug winning the Nobel Prize in 1970. Meanwhile, Swaminathan was hailed as the ‘Father of the Green Revolution in India’.

Dr Devesh Roy, a research fellow at the International Food Policy Research Institute, says the Green Revolution is important because it helped India move from being a massive food importer, heavily dependent on aid, to a food exporter. “It still depends on the geographic distribution but, overall, India became food-independent. Reaching self-sufficiency in food had huge political implications,” says Roy.

By 1966, Swaminathan and Borlaug started using the American biologist’s high-yielding variety of wheat in Punjab. Their work attracted the attention of the Ford Foundation, The Rockefeller Foundation and the Indian government. The most significant pilot scheme was the introduction of IR8, a rice variety now known as ‘miracle rice’, which yielded 10 times more than traditional rice did.

The Green Revolution, however, has its critics. While some agriculturalists call for a second movement to meet the ever-increasing demand for food, others remain sceptical of the technology and its consequences. The chemical fertilisers that helped increase crop yields also killed important vitamin A-rich weeds; also, the geographic distribution of emerging agricultural research remains disproportionate.

Dr David Wilcove, an ecologist and professor at Princeton University, believes it could be both. “The Green Revolution greatly boosted crop yields in India and therefore prevented a tremendous number of people from either starvation or malnutrition. My best guess is that it did [increase the population], in large part by raising the carrying capacity of the nation,” he says.

Tweets by @forbes_india
Soothing effect: Investors and their spiritual balm at workplaces
Economic Milestone: Devaluation of the Rupee (1966)