Some of the first offices of today's leading businesspeople

There is always something special about the firsts in life: First jobs, first pay cheques, first relationships. First offices combine a little of all these, making them a storehouse of memories, lessons, disappointments and successes; they are often the first steps on the long road that becomes a lifetime of entrepreneurship, a road that eventually turns towards long-lasting success. Some of the most successful entrepreneurs in India shared snapshots of what their initial days were like. One of these entrepreneurs started out from a corner shop in a crowded market in old Delhi, another set up shop in a nondescript neighbourhood in Pune. A third worked at the India Ordnance Factory before becoming an entrepreneur, while a fourth planned to become a brewer before a chance encounter turned the course of destiny. Here are glimpses of their first offices and the early steps they took before they became famous. 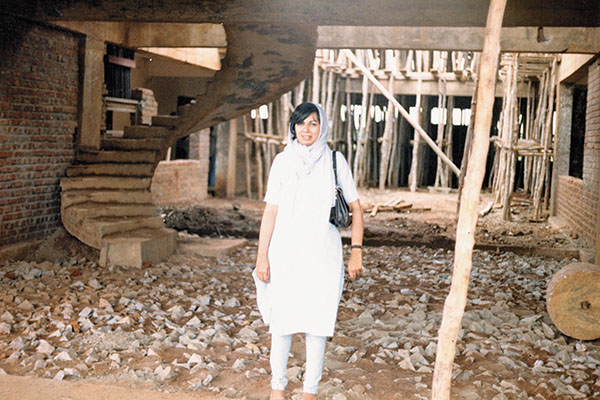 Kiran Mazumdar-Shaw wanted to be a brewer like her father. At the Ballarat University in Australia, where she got a Master Brewer degree, Mazumdar-Shaw was the only woman in her class. But, back in India, the brewing industry was not ready for a woman brew master, and she couldn’t get a full-time job. A chance meeting in 1978 with Leslie Auchincloss, owner of Irish company Biocon Biochemicals, lifted Mazumdar-Shaw from oblivion. Auchincloss wanted to outsource manufacturing of a papaya-based enzyme and Mazumdar-Shaw agreed to do it. The business was established in Bangalore and Mazumdar-Shaw was appointed chairman and managing director at the age of 25. Over the years, she has led the evolution of Biocon from an industrial enzyme manufacturer to an integrated biopharma company. 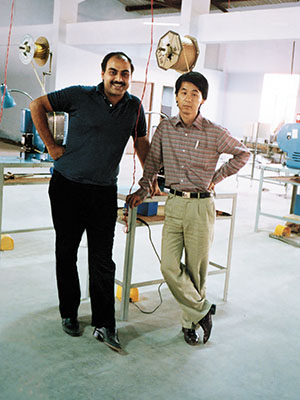 Vivek Chaand Sehgal’s first job was to transport silver bullion from Chandni Chowk in old Delhi to the city’s airport. Later, he dabbled in selling house cables and polyester chips. His big break came when an acquaintance asked him if he was interested in supplying cables for a new car company that was being founded. The year was 1983 and the car company was Maruti Udyog. By 1993, Sehgal’s business, Motherson Sumi, was clocking a little over $2 million. Growth surged when, from the turn of the century, Sehgal completed about a dozen acquisitions, catapulting revenue to $5.3 billion in 2014.


Vivek Chaand Sehgal with his JV partner Yokoi of Sumitomo Wiring Systems (then known as Tokai Electric) in 1984. The occasion is the assembling of the first machinery that had just come in from Japan at the first wiring harness plant in Noida 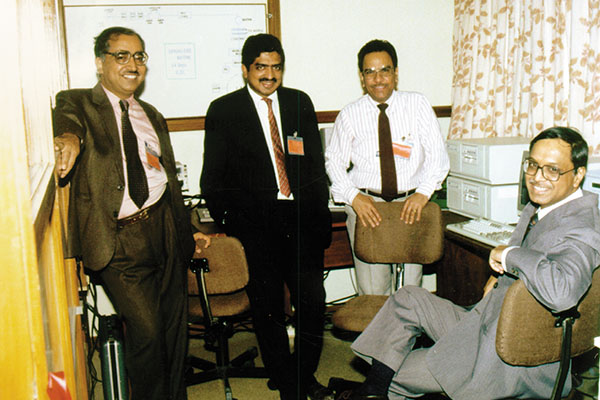 (From left) K Dinesh, Nandan Nilekani, NS Raghavan and NR Narayana Murthy at one of the company’s earlier offices in Bangalore


NR Narayana Murthy’s entrepreneurial journey started with a failure when Softronics, a company he founded in 1976, failed to take off. He then joined Patni Computer Systems. Success came five years later when, along with six colleagues, he resigned from Patni and founded Infosys Consultants Pvt Ltd. When it was listed in 1993, at Rs 98 a share, the IPO was saved by investment bank Morgan Stanley that bought 13 percent. By 1999 though, its success had become legendary, with the share price rising to Rs 8,100. Vishal Sikka, the first professional CEO at Infosys, might find inspiration from this story with the stock languishing at Rs 3,500 per share at present. 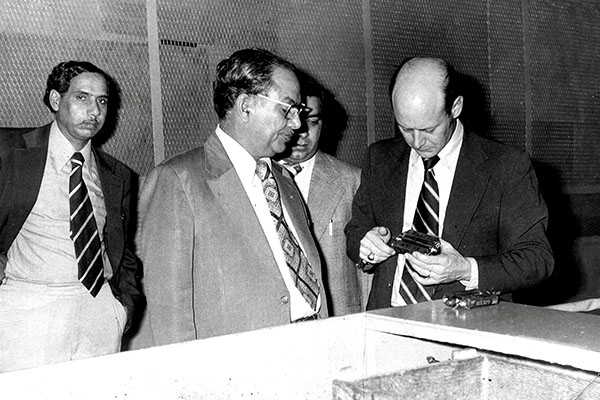 Brijmohan Lall Munjal’s first job was at the Indian Ordnance Factory in undivided Punjab. But after partition, Munjal and his family settled in Amritsar, where they started supplying components to cycle manufacturers. It was in 1954 that Hero Cycles started manufacturing cycles. The next big milestone was in 1978 when Munjal began making mopeds. Six years later, the joint venture with Honda was signed, paving the path for what would become the world’s largest maker of motorcycles. 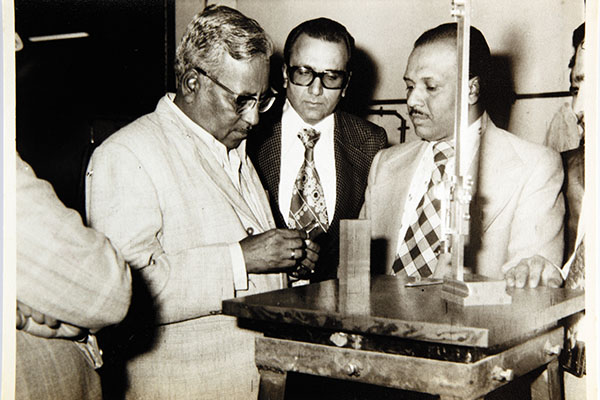 Qimat Rai Gupta (centre) with colleagues at the Havells factory in Badli, Haryana, in 1979. The factory, the company’s second manufacturing facility, was set up only to make fuses

Qimat Rai Gupta was 21 when he set up his shop in 1958 in old Delhi’s wholesale market for electrical equipment. He was a native of Jalandhar in Punjab, where he was a school teacher. The big opportunity came in 1971 when a fellow trader was selling his business. Gupta shelled out Rs 10 lakh to acquire the brand Havells, named after its founder Haveli Ram Gupta. That investment of Rs 10 lakh turned into a business worth $1.3 billion. Havells is now India’s largest manufacturer of consumer electrical products. 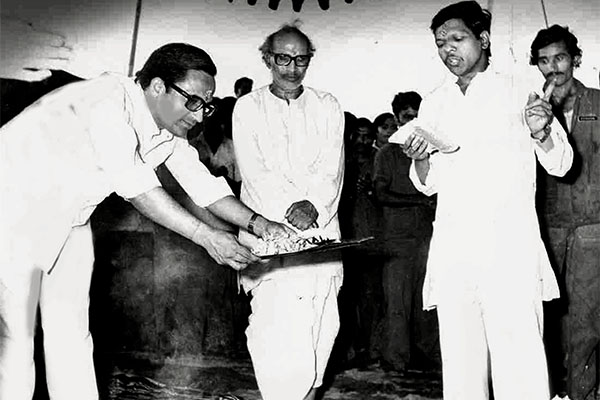 Gupta performing a pooja at the opening of the factory in Tilak Nagar, Delhi, in 1975


An academic and scientist, Desh Bandhu Gupta began his career as an associate professor at the Birla Institute of Technology and Science in Pilani, Rajasthan. But he was more interested in finding solutions to life-threatening diseases. Gupta turned entrepreneur by borrowing Rs 5,000 from his wife and buying a small vitamin-making plant in 1968. The company name was well thought-out: The Lupin flower is known to nourish the soil it grows in. Gupta, who practises Vipassana (a form of meditation), has since built Lupin into a $2.4 billion business.