Fresh off the (MIT Media) lab 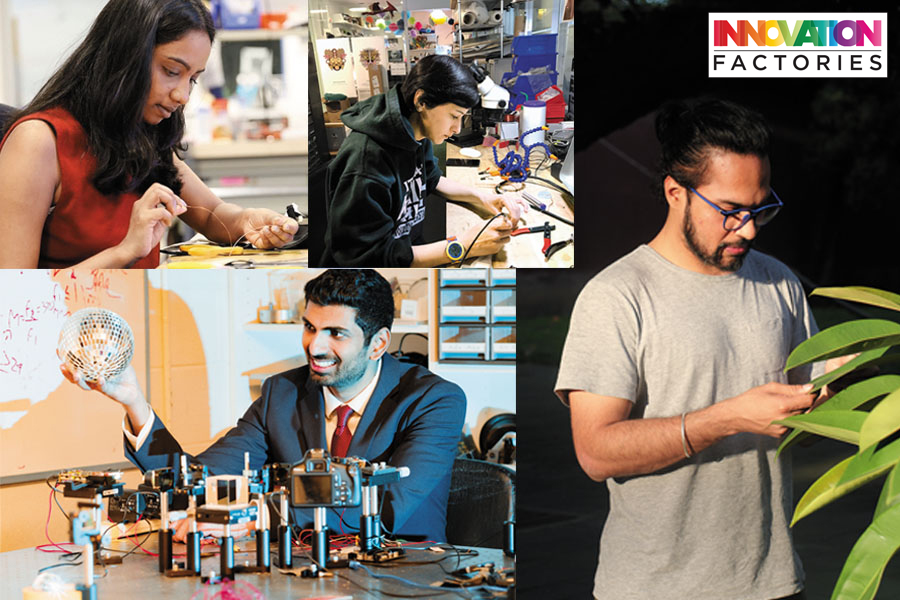 The MIT Media Lab is an interdisciplinary research laboratory at the prestigious Massachusetts Institute of Technology that fosters research at the intersection of technology and society. A few noteworthy innovations that have been developed at the Lab and are now being applied include e-ink, optogenetics, touchscreen, and Robotic Prosthesis. At the Media Lab, engineers, neuroscientists and designers have the freedom to explore without being encumbered by industry or academic biases. An expression the Lab uses to describe its unique culture is “imagine and realise”, which encourages students to never abandon their curiosity. Forbes India takes a dive into the minds of four inventors of Indian origin who, at some stage, spent time in the Lab. From inventing a camera to photograph the invisible to designing wearables to ward off sexual predators, these masterminds are attempting to turn the seemingly impossible into reality. 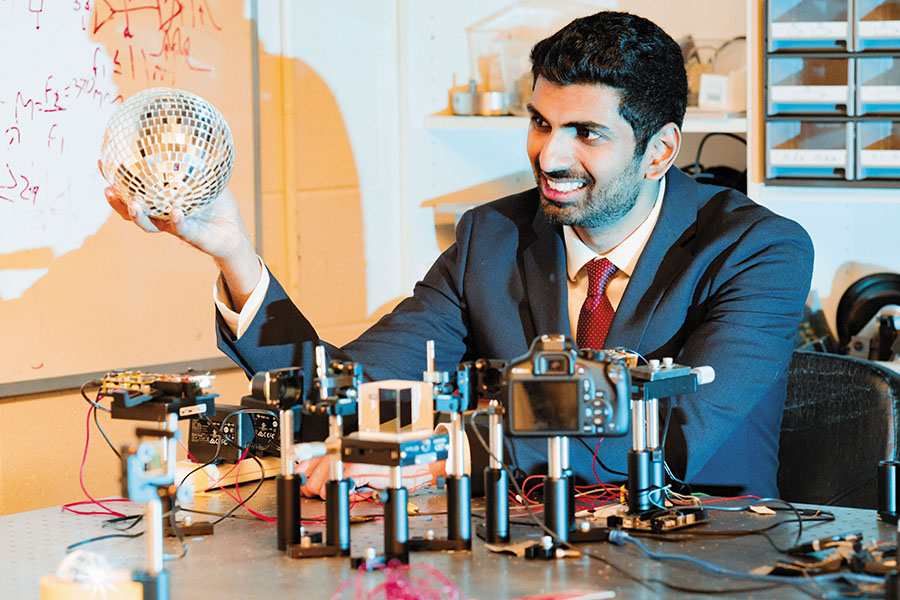 Achuta Kadambi’s scientific disposition was shaped by his growing-up years in California and education at prestigious institutions like University of California, Berkeley, and MIT. And his background as a second-generation Indian-American, with roots in Bengaluru from where his parents emigrated to the US. When developing a technology, the 30-year-old often asks himself how he can design at scale, so that his innovations can impact the diverse socioeconomic realities of the world. “My connection to my country of origin has led to many scientific exchange visits to India, offering a first-hand experience.”

Kadambi invents cameras that photograph the invisible. His inventions are special because they blend the physics of light with artificial intelligence. For decades these topics were studied separately. Today, his Artificial Intelligence (AI)-based cameras enable robots to see through smoke, fog, or even biomedical tissue. With Kadambi’s cameras, it may be possible for doctors to see inside the body without using X-rays, or driverless cars to avoid pedestrians shrouded in fog. Kadambi, who received a PhD from MIT in 2018, has been given several scientific and popular awards. Recently he received the National Science Foundation (NSF) Research Initiation Grant ($175,000) for junior faculty.  Apart from being a professor at UCLA, he has launched a startup (now in stealth mode), has filed over a dozen patents, and is currently writing the first textbook for his field. He also runs a lab called the Visual Machines Group, which aims to give robots eyesight by jointly studying optics and computer science. Kadambi also mentors meritorious students who have not had the opportunity to attend top-notch colleges. 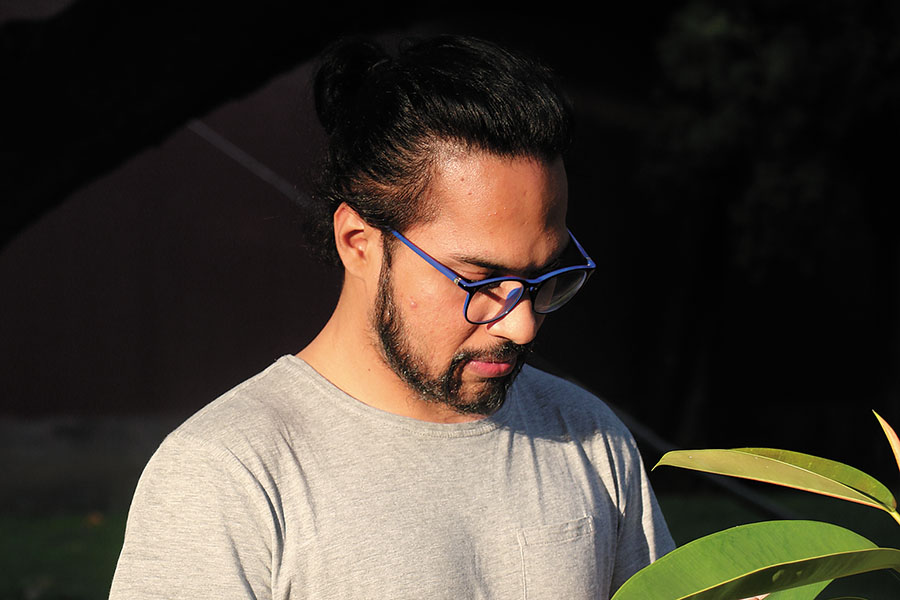 Harpreet Sareen grew up in Patiala, where he spent the most part of his childhood aimlessly tinkering with technologies. After doing an undergraduate degree in electronics and communication from Punjab University, the 28-year-old decided to go to the MIT Media Lab to create a body of work that he could call his own.  “The Media Lab isn’t a place for ideas that already exist. In a world of labels and linear practices, a lot of work falls between the cracks. However, picking up seemingly disparate ideas is what it specialises in and allows for the transcending of disciplines,” says Sareen. He recalls when he pitched ideas that he considered worth pursuing to his advisor Pattie Maes at the Fluid Interfaces group, she mentioned it was good but she wanted him to do something riskier. “In a world of practicality and financial constraints, you don’t hear something like this.” While pottering about with an oscilloscope (an instrument commonly used to analyse the waveform of electronic signals), in the lab, Sareen made a surprising discovery. When he attached the electrodes of the instrument to a plant he was intrigued to see a spike in the graph. “To my surprise, the plant was giving similar readings as an off-the-shelf soil sensor.” It made him think: If the plant could give him these readings, then why did he need artificial sensors. “Plants are self-fabricating, self-regenerating and self-repairing creatures. My research looked at how we can grow electronics and sensors inside living plants. Doing this would lead to possibilities of new devices where you don’t have to make all of it artificially, as is the case, but they could be partially grown inside a plant.” Sareen designed wires that could grow inside plants and work as antennas, motion sensors, touch sensors etc. He also showed examples of nanosensors inside plants, that detect impurities (heavy metals such as lead) and produce a glow (fluorescence). “In general, the idea with the research is to use capabilities that exist in the environment and power our functions with it. Plants around us have electronic signals inside them. They respond to environmental factors.” 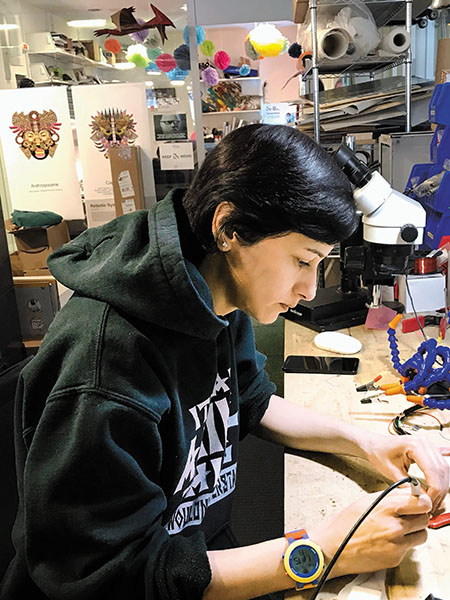 Misha Sra grew up in a liberal household in Shimla, a house with more books than space. “It was a microcosm of modern values in a vast sea of conservative socio-cultural norms. The awareness and acceptance of being different shaped my thinking and made me who I am,” says Sra, a research affiliate at the MIT Media Lab. Sra chose to go to the Media Lab because she saw it as a place that continuously reinvented itself by bringing together the most unconventional pairings of disciplines and people. “At the Media Lab, being different is an asset, not a liability,” adds Sra. Her recent project [developed in collaboration with fellow media lab student Abhinandan Jain] was the design of a lightweight wearable device—an inexpensive mechanism for providing haptic feedback corresponding to virtual motion—and to mitigate motion sickness common in Virtual Reality (VR) experiences. “I had played with the idea of using GVS (galvanic vestibular stimulation—the process of sending specific electric messages to a nerve in the ear that maintains balance) for controlling the walking trajectory of a VR user,” explains Sra. The vestibular system, in most mammals, provides the sense of space and balance and helps them coordinate movements. Her idea was triggered by a personal problem of motion sickness while reading in a car. She dug into medical literature that resulted in building the first version of the GVS device in early-2016. From the initial device, the newer and improved version was born to support different types of stimuli (electrical, thermal and acoustic) to activate the vestibular system. The new wearable device also supports a plug-and-play mechanism for adding physiological sensors like heart rate and electrodermal activity to understand what happens to those signals at or before the onset of motion sickness. “Roughly one-third of the population is highly susceptible to motion sickness and we believe with upcoming autonomous vehicles and space travel, more people will get that. We are in the process of testing our device for these scenarios,” says Sra, who has been affiliated with the MIT Media Lab for eight years and graduated with a PhD in 2018. 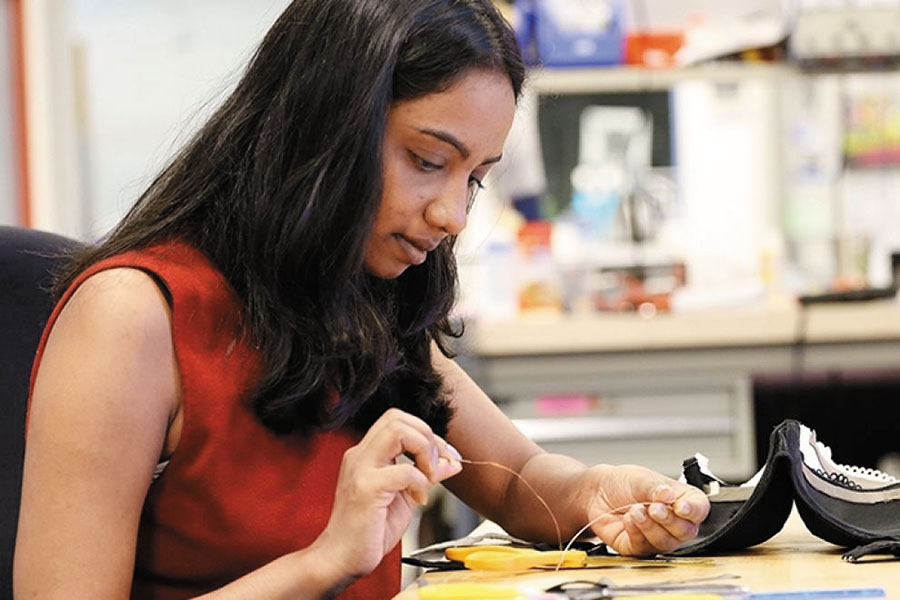 As someone who had suffered sexual abuse while studying engineering in Chennai, Manisha Mohan naturally gravitated towards exploring different forms of wearable technology to help women to protect themselves, especially against sexual predators. At MIT Media Lab, most of her projects were related to women and their safety. Addressing the problem of marital rape, Mohan designed wearable capsules that could emanate smells to turn off the offender’s libido, giving a woman enough time to intervene. Mohan arrived at this idea by drawing inspiration from a skunk and other animals that release a pungent odour to thwart an attacker. For her master’s thesis, she improved on her idea to make it more permanent: A wearable smart sticker called Intrepid that can detect sexual assault at a time the victim is immobile or unable to fight back. The sticker has the capability to detect when a woman’s clothing is being forcefully removed. It then sends a message to her phone to confirm if the act is being done with consent. If there is no response within a stipulated time frame, messages are sent out to five people informing the victim is at risk and one from her safety group is dialled automatically. This conversation in the background also gets recorded and serves as a piece of evidence in case of legal prosecution. Mohan is, at present, employed as a research investigator at International Flavors and Fragrances, New Jersey, working with the art and science of perfumery and flavours; she creates wearables that can digitise the perfumery experience. The technology of her previous invention, Intrepid, is now open source.