Meditating away a guilty conscience 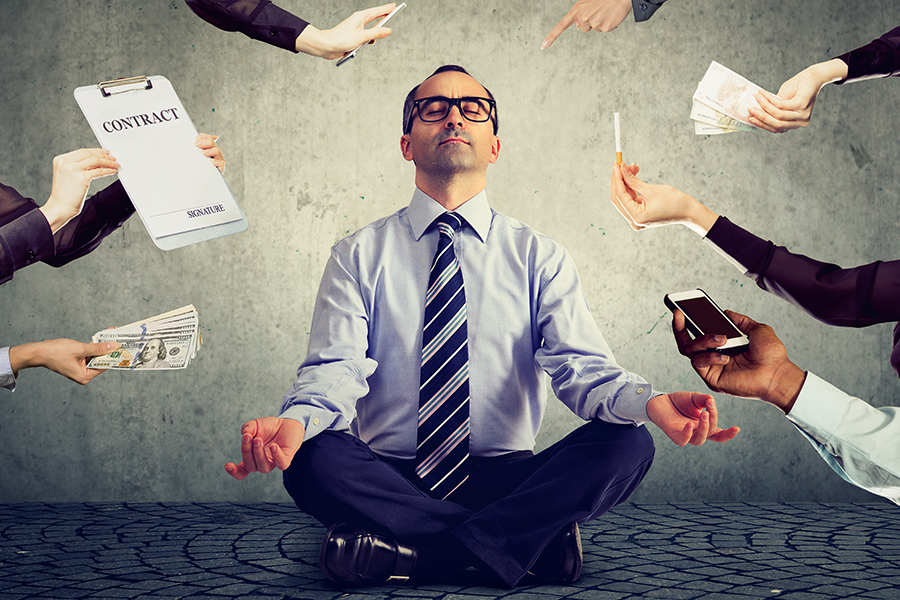 Mindfulness meditation is known to reduce negative emotions in general and make people more generous towards others, because it can increase empathy by trying to see others’ perspectives
Image: Shutterstock

Mindfulness meditation is a stress-management practice that cultivates non-judgmental awareness of the present moment, often by directing attention to the physical sensations of breathing. While initially inspired by Buddhism, a secularised form of mindfulness is now popular throughout the world. More than 100 million people have downloaded the Calm smartphone app. In 2018, 52 percent of the 163 companies surveyed by the US National Business Group on Health and Fidelity Investments provided mindfulness training to their employees.

The vast majority of research on mindfulness has found it to be beneficial. Mindfulness reduces feelings of anxiety, stress and depression. It can help people sleep better, make better decisions, focus better on a task and act less aggressively towards others. It can reduce some discriminatory biases, reduce how much people overweigh negative information when forming attitudes, reduce job burnout and negative emotions (normally thought to be a benefit), and can help people have more self-control.

Mindfulness meditation is known to reduce negative emotions in general and make people more generous towards others, because it can increase empathy by trying to see others’ perspectives. However, some negative emotions are useful to maintain social relationships. Guilt, for example, arises when people have violated their own moral standards in a way that harmed others, and feeling guilty typically leads to “reparative” generosity to make amends for the harm they caused.

So what happens if people meditate when they feel guilty? Does mindfulness still make people more generous when guilt is the underlying cause of their generosity?

As behavioural scientists, we sought to investigate these questions in a series of eight experiments with more than 1,400 participants in the United States and Portugal. Our findings will be published in a forthcoming issue of the Journal of Personality and Social Psychology.

What meditation does for guilt

We found that mindfulness does reduce feelings of guilt. In our first study, participants wrote about either a past situation that made them feel guilty or about their previous day, before listening to one of two recordings. One was an eight-minute guided mindfulness meditation that instructed them to focus on the physical sensations of breathing; the other was an eight-minute control condition recording in which they were instructed to let their minds wander.

We then ran six other experiments to test whether mindfulness meditation would influence reparative generosity (i.e. making amends). For example, in two experiments all participants were asked to recall and write about a time they wronged someone and felt guilty, before either meditating or not. Then, they were asked to allocate a hypothetical US$100 among a birthday gift for the person they had wronged, a charity for African flood victims and themselves.

Participants who meditated allocated approximately 17 percent less money to the person they had wronged compared to those who had not meditated, with most of the savings going into their own pockets. The psychological process behind these allocation differences was reduced guilt. These and three other studies found that mindfulness meditation reduces the tendency to make amends for harming others.

While focused-breathing meditation is the most popular form of meditation used in mindfulness programmes such as Mindfulness-Based Stress Reduction and Google’s Search Inside Yourself, we also explored loving-kindness meditation, which features in these practices too. Loving-kindness meditation consists of imagery exercises in which one thinks of others and mentally wishes that each is happy, well and free from suffering.

There are a few things that we can learn from this research for our daily life.

Listen to negative emotions. Negative emotions are unpleasant, but they can help us navigate social situations. People might be tempted to use mindfulness meditation to reduce negative emotions, but they should keep in mind that some, such as guilt, are necessary to support moral thoughts and behaviour. Other negative emotions, like anger, while sometimes destructive, can also be useful in signalling to others that we have reached our personal limit or they are acting in an unacceptable way.

Mindfulness reduces negative thoughts and emotions. Cultivating mindfulness can distract people from their own transgressions and interpersonal obligations, as well as occasionally relax one’s moral compass. We should ask ourselves whether the things we ruminate on have something to teach us. We should consider what information a negative emotion is telling us before deciding to meditate it away. Conversely, if we are beating ourselves up because of something we did, mindfulness can help us let it go.

Andrew Hafenbrack is an Assistant Professor of Management & Organisation at the Foster School of Business of the University of Washington. He earned his PhD in Organisational Behaviour at INSEAD. His research focuses on the effects of state mindfulness for the workplace and the benefits of cross-cultural experiences.

Matthew LaPalme is an Associate Research Scientist at the Yale Center for Emotional Intelligence. His research focuses on the relationship between emotions, emotional intelligence and the wellbeing and performance of employees in organisations.

Isabelle Solal is an Assistant Professor in Management at ESSEC Business School. She obtained her PhD in Organisational Behaviour at INSEAD and was a postdoctoral research fellow at the James M. and Cathleen D. Stone Centre for the Study of Wealth Inequality.

Tweets by @forbesindia
Number of Facebook users fall first time ever; Cognizant posts strong Q4 numbers; Chargebee raises $250 million
Why are oil prices so high and will they stay that way?