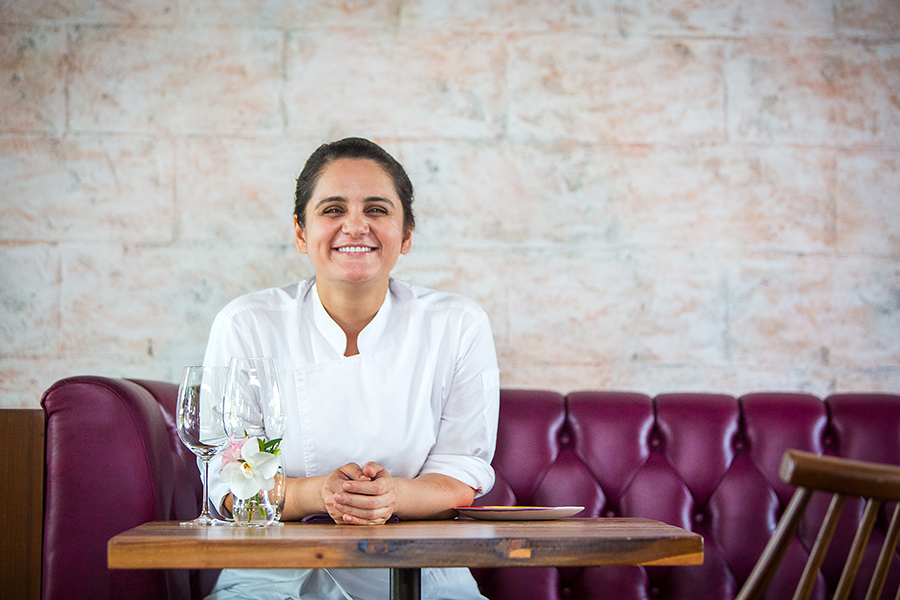 Mumbai girl Garima Arora, who has worked in the kitchens of some of the world’s greatest culinary stars—including René Redzepi of Noma, celebrity chef Gordon Ramsay and India’s star chef Gaggan Anand—has earned her spot in the prestigious Michelin guide. In an announcement on November 14, chef Arora was awarded one Michelin star for her Bangkok restaurant, GAA.

Arora studied mass media at Jai Hind College and worked a short stint as a journalist before leaving to follow her passion for food. She speaks to Forbes India about her journey and becoming the first Indian woman to receive a Michelin star.

Q. Congratulations! What does the Michelin star mean for you?
Our restaurant is only a year-and-a-half old, so it was a very pleasant surprise to get the call from Michelin. It’s a huge stamp of approval for us, and the team—most of which is the same since opening night—is ecstatic.

Q. Tell us about your journey, from being a city journalist to an international chef.
My father would travel a lot when I was a child, and he would come back home and cook us exotic dishes that he had savoured on his trips. This has been my greatest influence. Growing up in a Punjabi family, a lot of our thoughts and conversations were about food, and anticipation of our next meal! I always wanted to start a restaurant, but it wasn’t something I thought I could do until I had worked a steady job for a while. I began my career at a newspaper, but I soon began to realise that being a chef is a young person’s game. I had to do it now, if at all. So I quit my job, packed my bags and moved to Paris to study cooking at Le Cordon Bleu.

I am lucky that this led to me working in some of the world’s best kitchens, all of which have had a great impact on me as a chef. In early 2017, I opened GAA in Bangkok.

Q. How do you describe GAA?
GAA is a reflection of who I currently am—an Indian living in Thailand. It is a journey in self-discovery, and its overarching vision evolves as I do. I aim to connect the dots between the rich Indian and Thai cultures. For instance, both countries eat jackfruit, but at different stages. In Thailand, it’s eaten ripe, but in India, it’s common to cook it unripe. So we serve a dish here with unripe jackfruit, roti and pickle. Similarly, the Thai eat betel leaf as a savoury element unlike Indians, and we played with both sweet and savoury versions on our menu.

Q. What are some Indian cooking techniques that have influenced you?
Pickling, definitely. I’m big on packing in strong, sometimes unusual flavours. It makes the food interactive, and brings forth a familiar, family-style eating. It’s these feelings and not flavours that you take away eventually.

Q. What have you learned from working with chefs like René Redzepi and Gaggan Anand?
René shaped my career, as I worked at Noma in my formative years. At his kitchen, I learned that cooking is not a blue-collar job, but an intellectual exercise. While I didn’t have the chance to work directly with Gordon Ramsay, from Gaggan, I learned the power of Asian hospitality. When I entered the kitchen, everyone was so warm and welcoming that I never missed home—and that’s a feeling you want to translate to your diners.

Q. As the first female Indian chef to earn a Michelin star, what would you say are the challenges of being a woman in the industry?
I haven’t been a man chef so I can’t say! The challenges are probably the same, regardless of gender—leaving your family, working long hours and dealing with a physically demanding job. It’s financially daunting too, which is why there haven’t been many international chefs, male or female, coming from India. It’s not that we’re less talented or less hard-working, but we don’t have the opportunities and are not encouraged to explore. In its current state, I don’t think a René Redzepi could come out of India.

The new generation of chefs in India needs to think about the legacy they’re creating as an industry, and work hard to build opportunities for the future.

Q. What plans for the future?
I really would love to come back to India someday. But I’m taking it one thing at a time. For now, I’m focussed on making GAA better with each day.

Tweets by @forbesindia
Agile in 3 easy chunks
The Forbes 400: Ranking of the wealthiest Americans