Buying A House In London 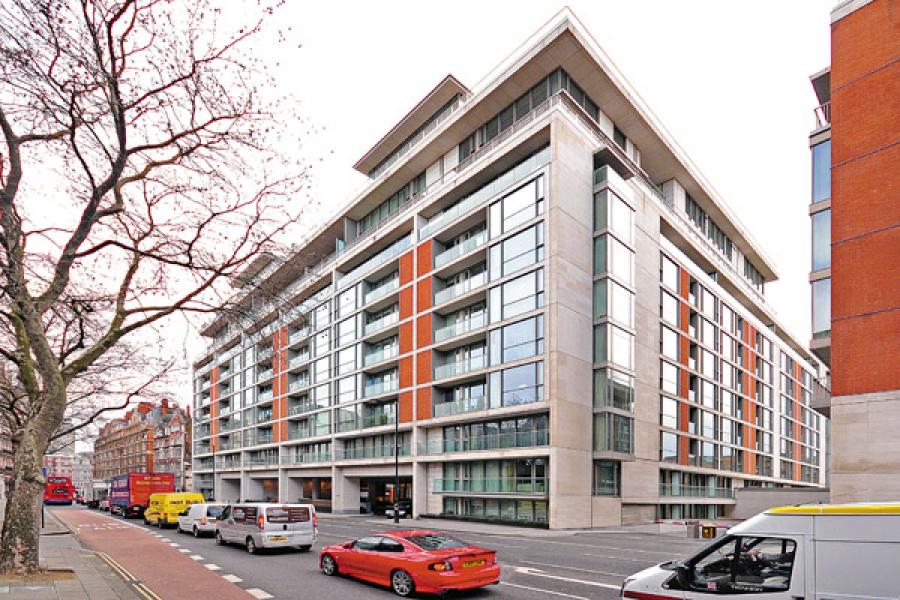 The Americans are foreclosing, the Greeks are defaulting, the Spanish are abandoning and the English are selling. Sound familiar? It’s the story of the real estate sector in the West that has shown no sign of any new twist since it began in 2008.

This is an investment opportunity for Indians flush with cash. Investors are being advised to snap up properties that are going for around one-fifth the price they were in early 2007. Like the 1,500 sq. ft. retirement home in Florida that you can have for $60,000 or the Spanish Villa that will set you back by just 300,000 euros. If you want to feel really rich you can indulge by buying a Greek island.

“Spanish villas and Greek islands may soon start becoming a reality,” says Richa Karpe, director, investments, at Altamount Capital, a Mumbai-based wealth management firm that caters to families with a net worth of at least Rs. 75 crore. She has a lot of rich families who are looking to diversify their portfolio and real estate abroad is one of the preferred choices.

Clients are enquiring about all sorts of places across the world. They want exotic locations, homes in financial centres, holiday spots and whatnot. But Altamount and a lot of firms like them are steering their investors to just two cities: London and New York. The rationale is simple. “There are four factors to consider while buying real estate: Location, scarcity, resale ability and regulation,” says Karpe.
London and New York score well on all four factors. London is situated bang between the United States and Asia. “We are awake when the Asian markets are running and we are still awake when the US markets open,” says Jeremy McGivern, managing director of Mercury Homesearch, a London-based property consultant firm. Any Indian company that has businesses in Europe usually has a London office. It’s one of the world’s major financial centres, there’s no language barrier, Indian food is readily available, the nightlife is good and Indians can identify with the culture.

Take the case of the company director in his early forties who bought an apartment in one of the more posh areas of London so that he would have a place of his own to stay during his frequent trips to the city. “He preferred an apartment to a house as he felt it was more secure and easier to maintain. We advised him to use an offshore company to buy the place due to UK’s tax rules for overseas buyers,” says McGivern.

There’s a lot of interest in properties in Spain, Greece and Italy as well. But experts are not recommending Europe because of all the uncertainty in the European Union. “You don’t want to get stuck in a situation where you have bought a real asset in a country and are stuck with it because the country’s not going anywhere,” says Karpe.

Spain was sold as the warm, sunny paradise that rich Europeans would want to retire at. A lot of projects were started and people even started moving to Spain, but quickly moved back because it wasn’t what they expected. A number of empty villas and homes dot the coast now. Prices have fallen by as much as 60 percent and it’s difficult to say if they will ever get back to their original rates. “Unrestrained development is not possible in places where there is no local demand. Who’s going to buy if you want to sell? You can’t always sell to expats,” says Karpe. 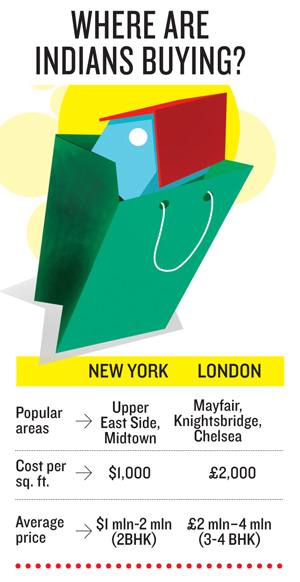 Even in the UK, consultants are not too keen about regions outside London. “Property prices are at a standstill since they dropped in 2007-08. English buyers don’t have the money,” says McGivern.

That’s why it doesn’t make sense buying entire retirement home complexes in Florida or farmhouses in Middle America, even if they are available at throwaway rates. You can develop them, but the returns will likely take a long time coming. A lot of fly-by-night operators have turned consultants, both in India and abroad, offering ‘lucrative’ deals without taking future considerations into account. “We have tied up with a couple of partners in Florida to sell retirement homes, but we aren’t hard selling those,” says the CEO of a property consultant in India who doesn’t want to be named. The benchmark for property rates in the US is New York. And the horizon there is 10 years. “Right now the investment climate in New York city is not one where there is a vibrant return,” says Edward Poplawski, vice president of Prudential Douglas Elliman, a real estate consultancy. Returns are at 2 percent a year currently, he says.  A better option would be to buy closer to home. After the end of the decades-long civil war in Sri Lanka, a lot of Indian investors bought property in seaside towns like Galle. They have now developed these as resorts and hotels to cater to the growing tourist demand.

Transparency is very important while buying real estate. Detailed records are available in both the US and the UK on previous owners, age of the property and market values. There is confidence that the investor will not be swindled or asked to give back property. This is unlike what the expats who spent their life savings to buy homes in Goa experienced (See Forbes India, November 20, 2009 issue). Agents abroad want the best price for the seller, not the buyer. McGivern has come out with a report — Seven Mistakes Indian Buyers Make While Acquiring Property in Prime Central London. It details the pitfalls that investors should avoid. This is undoubtedly a great opportunity to make good investments. Follow a few simple guidelines and you can eat your cake and have it too.