The Role of Urban Cooperative Banks in Financial Inclusion

What is the future of Urban Cooperative Banks (UCBs) in the sphere of commercial banking institutions? This article discusses the advantages that UCBs have over conventional banks as well as the challenges they need to overcome to elevate their status and promote financial inclusion

Mention UCBs in corporate circles or even public sector commercial banking and chances are that you will evoke a smirk of dismissal. There are over 1,650 UCBs with close to 7,000 branches in the country. Yet they form a tiny part of the banking system accounting for less than 3% of the total banking assets and deposits and less than 3.5% of total advances.  They also follow the 80-20 rule to the T. The top 20% of UCBs account for almost exactly 80% of its deposits.

In spite of being present in 25 states, much (almost 80%) of the action happens in the five states of Gujarat, Maharashtra, Andhra Pradesh, Karnataka and Tamil Nadu – with the lion’s share going to Maharashtra. As on March 31, 2010, the state accounted for over a third of all UCBs, almost half of all UCB branches, around 60% of total extension counters of UCBs and more than 85% of all its automated teller machines (ATMs). Accordingly, more than 60%of the total banking business of the UCB sector was concentrated there but their numbers have been dwindling in recent years. During 2000-2010, 132 banks had their licenses cancelled and 62 merged with other banks. In this scenario, it is perhaps understandable why this sector does not exactly steal the limelight in banking policy discussions. 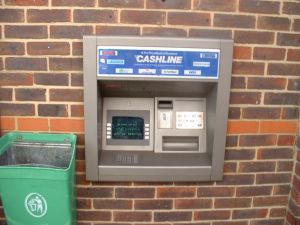 Yet, as far as financial inclusion is concerned, ignoring the value of these institutions would be a grave mistake. By their very nature and raison d’être, UCBs in India can play a critical role in this area. They have traditionally played an important role in mobilising resources from lower and middle-income groups and in providing direct finance to small entrepreneurs and traders. When appointed, commercial banks struggle to reach to the financially excluded, not just through physical means but also by creating an environment of trust and support that is hard to develop between executives hired through an all-India recruitment process and local communities. UCBs, with their deep-rooted connections with specific communities, can easily inspire the trust of small savers and borrowers. By being local in nature and intricately interwoven with the local community, the UCBs have a clear advantage over commercial banks. It is easier for the UCBs to break the psychological barrier that proves prohibitive in the last mile of financial inclusion – create trust for the bank among its target community and bring customers within its fold.  Today, when large commercial banks are working hard to set up branches and employing technology to reach out to hitherto untapped regions of the country, it is time for the UCBs to step into the game that is naturally theirs to win.

Financial Inclusion Advantages of UCBs
While a large section of the financially excluded population inhabits rural areas, financial exclusion is widespread in urban and semi-urban areas as well. Generally farmers, small vendors, agricultural and industrial labourers, people engaged in unorganised sectors, the unemployed, women, older and physically challenged people are the most commonly excluded segments. These segments are best addressed by the UCBs. The key advantage that UCBs enjoy over commercial banks is derived from their cost structure. The labour costs of UCBs are considerably less than that of commercial banks and generally the operating costs are also minimal.

Equally important is the local nature and the consequent informational advantages of the UCBs. Being an integral part of the community, UCBs have an advantage over their commercial rivals in terms of having information both about upcoming business opportunities as well as borrower quality, which national-level banks have a hard time gathering.

Finally, the advantages of the local nature of the UCBs also manifest themselves in the flexibility that these banks can provide to their local clientele. Unlike their commercial counterparts, who need to adhere to national and global policies to change in order to alter their practices, UCBs can be far more responsive to the needs of the local community and the changes there. Once again, that provides a massive competitive advantage.

Recently, the UCBs have increasingly started adopting the three-pronged financial inclusion strategies used by commercial banks – Banking Correspondents (BC), “no-frill” accounts and promoting microfinance activities. Once again, their local nature gives them an advantage over their national rivals in executing these moves better. UCBs enjoy an undeniable edge in the area of relationship banking.     Specific Challenges that UCBs Face
If, on the one hand, the UCBs have the advantage of community inroads to tap local businesses, they are also fraught with a unique set of challenges that hold them back. Firstly, structurally, most of them being single-branch banks, they have the problem of correlated asset risk which, means the entire bank can come down if a local problem of significant scale affects the area. The regulators are also concerned about their systemic risk. To the extent that UCBs often borrow and lend among themselves, the collapse of one UCB can actually destabilise others. This was exemplified in the manner in which the failure of the Madhavpura Mercantile Co-operative Bank (MMCB) in Ahmedabad in 2001, and the temporary suspension of its payments in excess of Rs 1,000 to depositors by the Reserve Bank of India (RBI), led to widespread interbank contagion among cooperative banks in Gujarat that kept funds at MMCB, particularly for its remittance facilities. A few notable UCB failures, including that of the MMCB and the financial irregularities at the Pratibha Mahila Sahakari Bank in Jalgaon, Maharashtra, have contributed significantly in eroding the brand value of UCBs. The impact of the crises can be witnessed by mass withdrawals during 2001-03, when deposits worth Rs 4,100 crores were withdrawn prematurely by the depositors in a short time.

Given the importance and interconnectedness of these banks, it is understandable that the RBI is extremely cautious about the health of the banks and requires that they adhere to steep capital adequacy norms. But even here, the UCBs face a unique problem – restricted by their cooperative nature, they cannot issue fresh equity to shore up capital. The only capital growth they have, therefore, has to be in line with the growth of the business of their clientele. This remains a challenge for UCBs to struggle with.

There are major operational hurdles as well. Lack of professionalism is a common allegation hurled at UCBs from the mainstream banks. It is often viewed that while on one hand, hiring local people has helped keep the costs down and has enhanced the connectedness of these banks with the respective communities and groups, at times it has come at the cost of a professional work ethic. The problems, however, may well lie not with the staff, but with the processes in use at the UCBs including at the very top, the board of directors. In order to improve efficiency, increase transparency and promote fairness, the decision-making processes pertaining to staff administration, granting of credit and new membership should be clearly laid down.

Qualifications of the top management are another issue. Experience can scarcely be a substitute for domain knowledge in almost any field, particularly in the banking field. Attracting talent, even though not necessarily of the same gloss as that of private and foreign banks, is of critical importance. Training can help matters to some extent. As part of the commitment made in the memorandum of understanding (MOU) with the state governments, free of cost training courses for directors, chief executive officers (CEOs) and other officials of UCBs is being conducted by the RBI at regional locations and in local languages for the convenience of banks. As of now, over 1300 directors, 1000 CEOs, 2000 officials and 300 liquidators/administrators/auditors, including chartered accountants, have received such training.

Family control of UCBs remains another problem. There is a perception that most UCBs are family-managed, leading to financial irregularities, serious conflict of interest issues and related party transactions that can threaten the entire viability of the banks. A few rotten apples are enough to give the entire sector a bad name.

UCB management is also frequently very closely connected to local politics in many cases. In some sense, this is not surprising, since elections lay at the heart of both activities and a degree of overlap invariably sets in. The problem is that, sometimes in reality and much more frequently in perception, this leads to political coloring of credit and financial decisions – clearly an undesirable outcome.

The Way Forward
The drivers of performance for UCBs, as for any organisation, includes indicators such as increased employee satisfaction, increased customer satisfaction, financial stability, lower average time to resolution, and innovations in information and communications technology (ICT). They are also naturally suited to serve the national need of financial inclusion. In order to accomplish these goals, UCBs need to have sound processes, professional management and a leadership whose incentives and motivation are totally beyond doubt. If these important areas are addressed, there is no doubt that the UCBs can prove to be an effective tool in the mission of financial inclusion.

Rajesh Chakrabarty is assistant professor of finance at the Indian School of Business (ISB).