Take 5: How to be a better mentor 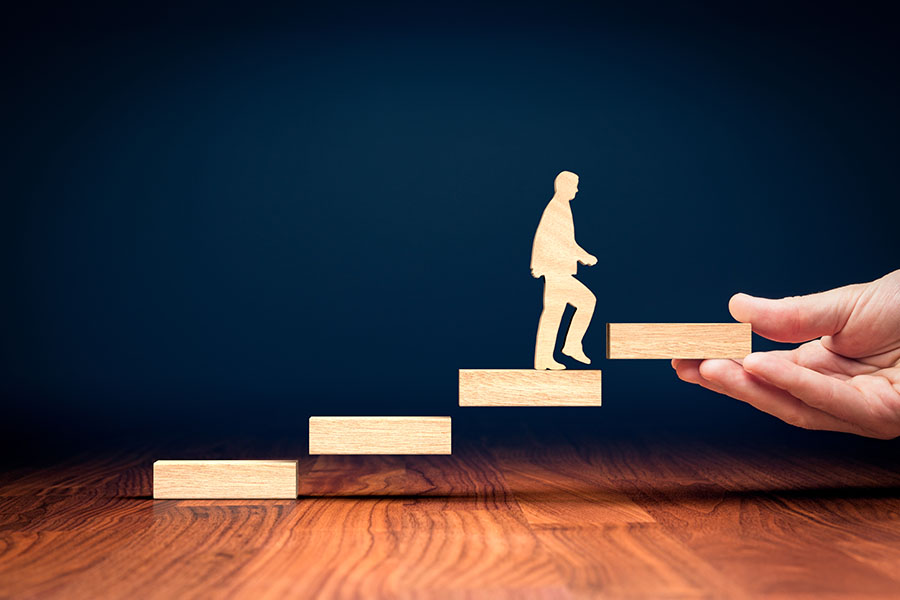 A good mentor makes it clear that their mentee is the one in charge of their own career. Image: Shutterstock

There’s a lot of advice out there for aspiring leaders hoping to advance in their careers. But what about developing others’ talents? Whether you are in a formal mentoring relationship or an informal one, there are things you can do to ensure that the experience is as beneficial as possible for your mentee.

Here’s a collection of some of our favorite insights and research from Kellogg faculty about how to do mentorship right.

The mentors who have the biggest positive impact on the success of their mentees tend to be highly skilled and very successful themselves, according to a study by Kellogg professor Brian Uzzi and his colleagues.

An analysis of the careers of more than 37,000 scientist mentors and mentees confirmed that having a mentor who is at the top of their game improves a mentee’s odds of ultimately becoming a superstar themselves by nearly sixfold.

But here’s something surprising. The study also suggests that the most successful mentees are those who go off to work in a different subject area, charting their own paths.

This special sauce, the researchers argue, goes far beyond specific technical skills or subject-matter expertise, and includes tacit knowledge of how groundbreaking work is ideated and produced. This highlights the importance of mentors and mentees spending time and working through problems together, rather than simply ensuring that discrete skills are mastered.

Allow Mentees to “Own” the Relationship

A good mentor makes it clear that their mentee is the one in charge of their own career. Mentees should be the ones setting the agenda for any meetings.

Diane Brink, a senior fellow at Kellogg and a former Chief Marketing Officer at IBM, argues that making the mentee’s agenda a priority keeps them from being swayed towards a career path they may not be interested in following. And it takes pressure off the mentor to act as an all-knowing guru.

Being a mentor is less about telling mentees exactly what to do—only they can decide that—and more about showing up for them, listening to them, and offering nonjudgmental support.

“As a mentor, your role is to help guide and facilitate how that individual solves a problem or tackles an opportunity,” Brink says.

“You’re asking questions and providing context for greater clarity. You’re not the person who’s going to have all the answers.”

Also read: Go time: How leaders can learn to manage crises and uncertainty

Help Them Think Beyond the Next Job

Here’s another thing mentorship is not, according to Brink: lining up your mentee with their next gig. “That’s not your role,” she says.

It’s a common misunderstanding, and it can set the mentor–mentee relationship off on the wrong foot. Mentors should be clear about what they cannot or will not do about, say, an upcoming promotion and instead encourage mentees to view their careers with a wider lens than they might otherwise. What is their potential? What are their strengths and weaknesses?

“One of the things that I will do throughout my mentoring relationships is to encourage the individual to think about where they see themselves four or five jobs from now. I think it forces the person to think more broadly about their development plan and the types of challenges and potential assignments that they should consider so that they can get there,” she says.

Don’t Be Afraid to Have Tough Conversations

Good managers often find themselves managing an employee’s performance in their current role, while also preparing them for future roles—a task that involves a significant amount of mentorship.

“Think of yourself as a coach who’s there to unlock the potential of the person,” says Carter Cast, a clinical professor of entrepreneurship at Kellogg. “You work with the talents and gifts of each person so they can do more of what they do well.”

He stresses the importance of passing along negative feedback about an employee if it is constructive and will help them in the future—even if they are performing just fine in their current role. At times, he says, this can involve “several very hard, very direct conversations.”

He recalls how a senior VP at a Fortune 50 technology firm called Cast nearly a decade later to tell him that their conversations about his inability to partner well with others had been crucial to his career development.

“I couldn’t believe it,” Cast says. “Thinking back, those conversations were so uncomfortable for both of us. But I think he realized later that I wouldn’t have gone through the discomfort if I didn’t care about his development. He wasn’t a lost cause. He was just missing an ingredient—the ability to enlist the support of others effectively—and he had to go find it.”

Also read: Leadership isn't about you—it's about everybody else

Consider Career Development at the Organizational Level, Too

While mentoring generally takes place between individual mentors and mentees, organizations wanting to maximize the career potential of their employees—and deepen their own future pool of leaders—should consider spreading the benefits of career development widely.

Very widely. Bernard Banks, a clinical professor and associate dean of leadership, is a fan of betting on everyone. Which doesn’t mean that you can’t differentiate among whom you give which opportunities. But it does mean that nobody should be left behind to stagnate or find their own way. Providing informal training sessions, offering new on-the-job experiences, and encouraging individuals to build mentor–mentee relationships can be relatively inexpensive, but meaningful.

Banks says that this approach not only cultivates leadership across the organization but helps retain talent as well. “Many times you’ll see individuals say, ‘I left the firm because I didn’t feel like anyone was taking a marked interest in my development,’” he says. “Sometimes people construe that as, ‘They just didn’t send me to this course.’ But it’s more than that.”

Tweets by @forbesindia
Photo of the day: Dare to breathe
Nile is in mortal danger, from its source to the sea