Take 5: How to become an expert in something new

Turns out, there's a "special sauce" that can help you get there. But expertise can also come with a curse 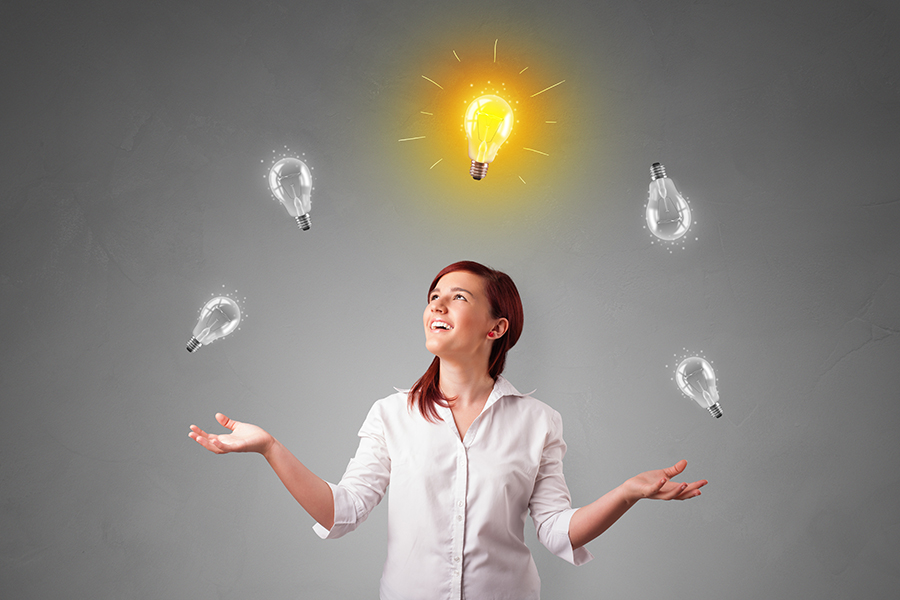 If you want to become a superstar in your new field, having a mentor—a veteran—is key
Image: Shutterstock

So you want to become an expert in something new. Good for you! But how will you get started? And what can you expect along your journey?

Whether you’re keen to become the next great artist, chef, programmer, or sommelier, read on. Here’s a roundup of some of our favorite research into what it takes to become an expert, and what happens when you get there.

Conventional wisdom says it can be useful to look over someone’s shoulder when you’re learning something new. So a newbie jogger might turn to more experienced runners for tips, while a novice programmer might observe how more experienced programmers handled similar code.

But is learning by viewing really better than learning by doing? Or is your best bet to just dive in: to just run that 5K or labor over that chunk of code yourself?

Observing others can be a benefit, according to research from Jan Van Mieghem and Itai Gurvich, both operations professors at Kellogg. But there’s a catch: it’s only better to learn by observation when the person you’re observing is a true veteran.

The team scoured data on the behavior of thousands of eBay analysts and found that those who observed code from veteran coders had the advantage—but analysts who viewed the work of less experienced coders, even those with excellent reputations, struggled more than analysts who simply went it alone.

“Our work seems to indicate that there is huge value for the experienced people to showcase and share their work,” says Van Mieghem.

If you want to become a superstar in your new field, having a mentor—a veteran—is key. But all mentors are not created equal. So what does good mentorship look like?

According to research from Kellogg’s Brian Uzzi, it looks like expertise … and then a little something extra.

Uzzi and his colleagues looked at over 37,000 scientists, mentees, and the more than 1 million papers that they produced between 1960 and 2017. From this massive trove of data, they found that students who studied under a prizewinning scientist—even before that scientist won a prize—were almost six times more likely to become superstars in their field than equally talented students of non-prizewinners. In other words, these prizewinning mentors were able to pass along what Uzzi calls the “special sauce” to their students.

Most surprising of all: the most successful students were those who ultimately went on to work in a different subject area than their prizewinning mentor. This suggests that the “special sauce” isn’t just about sharing skills. If that were the case, students who continued to study the same subject area would have the edge. Instead, Uzzi believes these mentors are passing along tacit knowledge: how to think through research questions, brainstorm, collaborate, and so on.

3. Expect to put in some grunt work

Of course, good mentorship doesn’t come cheap. Or rather, it shouldn’t. After all, expertise is worth a lot, says Luis Rayo, a professor of strategy at Kellogg. So what’s a trainee to do?

An apprentice sushi chef could, for instance, attempt to buy an expert’s time. But given the hours required to develop true expertise, that could get quite expensive. “You can, in principle, tell the master, ‘Drop everything, stop cooking for others, close your restaurant, just train me,’” Rayo explains. “And then this famous chef will say, ‘Okay, but you’re going to have to pay me five million dollars.’”

Or perhaps the trainee could offer to pay the top chef back later in her career, once she’s established a successful restaurant. But at that point, she already has all of the skills: What’s to prevent her from turning her back on her one-time mentor?

Instead, novices and experts have landed on an apprenticeship system, where novices are able to glean years’ worth of experience from experts, and in return, experts benefit from their inexpensive labor—and, in particular, the menial tasks that don’t require a lot of expertise out of the gate.

Rayo built a mathematical model to better understand the dynamics of these systems. He found that, in “professions where there’s a considerable amount of knowledge to transfer, the model predicts that you’ll tend to observe large amounts of menial work early in the relationship.”

Congrats! You landed a mentor, have put in your time, and are well on your way to success. But what will it take to reach the top of your game?

Kellogg professors Dashun Wang, Jillian Chown, and Nima Dehmamy, as well as Lu Liu, a recently graduated PhD student at Kellogg, analyzed millions of works by thousands of artists, directors, and scientists. They found that experts reach their hottest streaks of career success after a period in which they first explore a range of creative options and then exploit a single option, improving over time.

For example, director Peter Jackson made films that fell into horror, comedy, drama, and other genres (reflecting a period of exploration) before hitting it much bigger with the Lord of the Rings fantasy franchise. Analysis of painter Jackson Pollock’s work, similarly, showed exploration of a wide range of styles before the focused “drip period” (1946–1950) that elevated him to global fame.

“It has to be the combination of exploration followed by exploitation: experimenting in different areas, learning different domains and approaches, then really hunkering down and developing that body of high-impact work,” says Chown.

5. But expertise has its downsides, too

Once you’re an expert, it’s hard to go back. For the most point, this is great.

But it’s not all roses. For instance, once you become really good at something, you lose the ability to view it from the perspective of a nonexpert. Steve Franconeri, a professor of psychology at Northwestern with a courtesy appointment at Kellogg, calls this the “curse of expertise.”

The curse of expertise is why an expert viewing a complex dashboard or infographic, for instance, may be able to read it instantly—and fail to realize that it is absolute gibberish to everyone else. So rather than trusting your own expert judgment on whether something you’ve produced is sensible to the masses, you’ll need to rely on other novices.

Here’s another downside to keep in mind: becoming an expert could dim your passion for the things that made you want to become an expert in the first place.

Kellogg professors Loran Nordgren and Derek Rucker have found that novice movie buffs, beer lovers, and wine aficionados tend to use more emotionality in their reviews than those who have had more formal training.

Why? Expertise provides a cognitive structure and an architecture to analyze information. This structure can be helpful, for example, by giving us similar criteria to use in evaluations and thus producing consistent evaluations that aren’t laden with emotion. However, as people apply this cognitive structure, it changes the nature of their experience. For example, a sumptuous wine is no longer just a wine to enjoy, but one to be dissected, analyzed, and compared with others on its quality.

So become an expert, by all means. But just don’t forget: hobbies are fun too.