People in other countries, particularly those that value community over individuality, aren’t so free and certain in expressing their beliefs

Marketing research has a problem in the United States, and his name is John Wayne.

Americans glorify the straight-talking machismo that Wayne personified in such films a "The Searchers" and "True Grit." They pride themselves in truth telling and aren’t shy with their opinions. 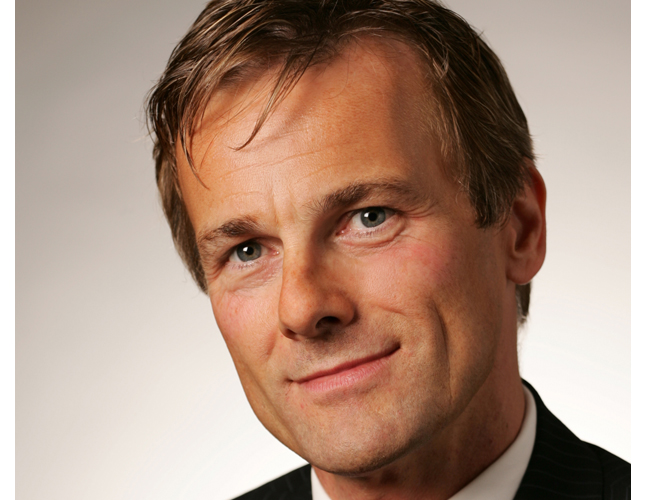 Jan-Benedict Steenkamp is Knox Massey Distinguished Professor of Marketing and Area Chair of Marketing
People in other countries, particularly those that value community over individuality, aren’t so free and certain in expressing their beliefs. They’re less likely to say what they really think if doing so causes them to break with social norms.
For years, market researchers have recognized this problem, but have been flummoxed in dealing with it, says Jan-Benedict E.M. Steenkamp, the Knox Massey Distinguished Professor of Marketing and area chair of marketing at the University of North Carolina’s Kenan-Flagler Business School.
It complicated cross-country comparisons of marketing survey data. In a world of globalized commerce, it has become even more nettlesome because companies increasingly want to do business and gather data internationally.
"In China, Japan and Korea, the culture is much less openly confrontational than in the United States," Steenkamp says. "That means somebody is not likely to say that he completely disagrees with something. Many surveys in eastern Asia therefore tend to be systematically higher in their evaluations of products and services."
A person in China, when asked about a new cell phone, for example, isn’t likely to say that he hates it, even if he does. Someone in the United States will. Thus the marketer ends up with two different grades, but in reality, the same underlying opinions.
A new model to analyzing cross-country marketing data
In a study, Steenkamp and his co-authors — Martijn de Jong of Erasmus University and Bernard Veldkamp of the University of Twente in the Netherlands — devised a method that enables the economical reconciliation of cross-country marketing data. Their model is mathematically daunting for the uninitiated, but intensely practical in its application, Steenkamp says. It lets marketing practitioners do their jobs faster and more cost-effectively.
"What market-research companies can do with our method is arrive at a more valid idea of the potential market for a product in different countries," Steenkamp says.
Steenkamp offers an example from his own consulting work of the setting in which a marketer might use their new approach. An American packaged-goods company asked him to assess the markets in various European countries. It had projected the likelihood that consumers would embrace its offerings based on results in England, where consumers tend to respond like Americans. Steenkamp showed the company’s executives that they had to factor cultural differences into their analysis: Spanish consumers had less of an appetite for the firm’s goods because they were warier about trying new things.
Without this assessment, the company could have plunged ahead with its England-based estimates and been faced with disappointed by sales in Spain.
"Then the company guys in Spain would have gotten a hard time," Steenkamp says. "But I showed them that the hurdle that the company would have to overcome with the Spanish consumer was higher. So they should either devote more money to Spain or lower their targets there."
The shorter the survey, the better
The method developed by Steenkamp and his colleagues makes these sorts of comparisons even more efficient. One of their goals was devising an approach that permitted marketers to ask as few questions as possible because, for companies, time is money.
"The longer a questionnaire is, the more expensive it is," Steenkamp notes.
Far too many surveys are too long and thus too costly, he says. Many of them depend on techniques and measures developed in academic settings, which favor precision over practicality.
"Much of the groundwork was done with student subjects," Steenkamp explains. "That’s not strange. What’s unfortunate, though, is that student time is free. Cost didn’t matter — the students had to participate. So the measures weren’t developed with costs in mind. They were developed for maximum precision."

Corporate marketers don’t have the luxury of cheap, captive subjects. Every question they ask and every consumer they survey costs them more. They needed a more economical method, and Steenkamp and his co-authors believe that they have provided one. Their method allows a firm to identify a few critical items for its surveys and thus make them much shorter and cheaper.
Costly blunders
Marketing researchers, both in companies and academia, have grappled with cross-cultural comparison for decades. But it has proved to be a remarkably difficult problem to solve.
Most often, you hear about the comical blunders, usually stemming from mistranslation, that companies made trying to introduce new products or ad campaigns in foreign markets. Thus Perdue Chicken’s slogan in U.S. markets — "It takes a tough man to make a tender chicken" — was rendered, in Spanish, "It takes an aroused man to make a chicken affectionate." Or Electrolux, the Scandinavian maker of vacuum cleaners, told Americans, "Nothing sucks like an Electrolux."

But beneath the laughs, real and thorny problems lurk. A company can’t sell its products effectively if it doesn’t know what consumers want. And as market researchers have plied their trade in various countries, they’ve run across all sorts of complications. They’ve encountered, for example, varying attitudes toward innovativeness and struggled with reconciling those in their data.

Americans prize innovativeness, just as they value outspokenness. They admire pioneers — people who are willing to try new things — and seek them out for advice. The whole field of viral marketing depends, to a great extent, on zeroing in on and speaking to these influential folks.

"It’s who bought the iPhone first," Steenkamp says. "Those kinds of people are the opinion leaders in their small groups in the United States. So we marketers want ways to identify them before they buy and measure their attitudes." To this end, a market researcher might ask questions about not just someone’s propensity to buy new things but also about her willingness to discuss her purchases with others.
In more community-oriented cultures, people are less likely to brag about being an innovator or even to talk up what they’ve bought. "Essentially, if you’re an innovator, you’re breaking from the group," Steenkamp says. "That’s not necessarily good in those cultures."
Still, these innovators — or early adopters, as marketers often refer to them — exist. They’re just less likely to want to call attention to themselves. Marketers thus have to figure out other kinds of questions with which to identify them and, just as important, mesh their responses to those from more individualistic markets like the United States and the United Kingdom, Steenkamp says.
People, in other words, are buying iPhones in Japan. They’re just less likely to boast about it.
"Marketing researchers know this, and companies know this," Steenkamp adds. "But knowing something and knowing what to do about it are different matters. One thing that we do with our procedure is to say that people can show different response behavior — in eastern Asia they might score much higher or lower on something — and we can correct for these kinds of biases."
(Jan-Benedict  Steenkamp is Knox Massey Distinguished Professor of Marketing and Area Chair of Marketing)