Kingfisher and SpiceJet: A study in contrast 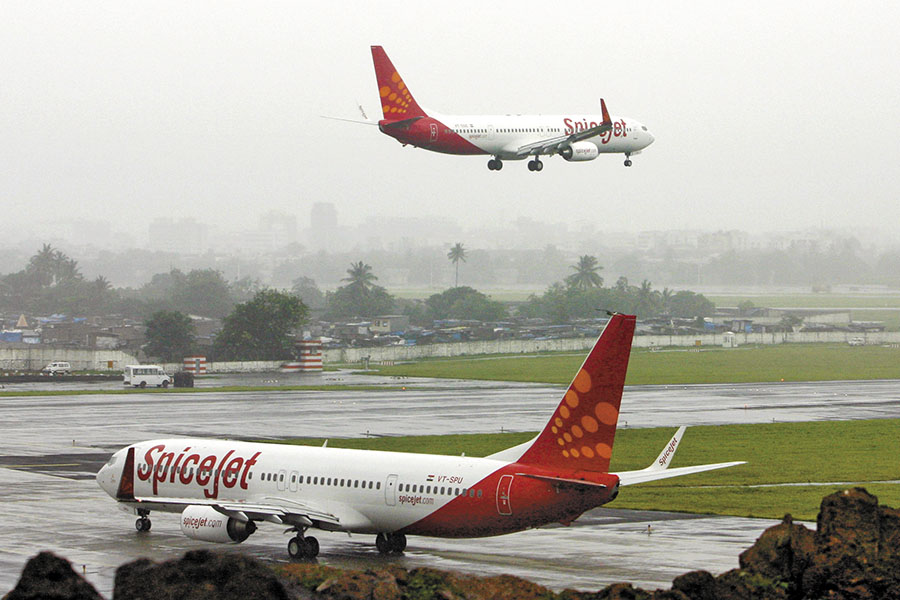 SpiceJet in January placed an order for 100 new Boeing 737 MAX aircraft in a deal estimated at around Rs 73,600 crore
Image: Punit Paranjpe / Reuters

Over the last two months, banks and other creditors of the now- defunct Kingfisher Airlines (KFA) got a breather when the Debts Recovery Tribunal in Bengaluru and the Karnataka High Court allowed them to start recovering their dues.

The airline’s founder Vijay Mallya, who resides in London, has not indicated whether he will challenge in a higher court the judgments, one of which calls for the winding up of United Breweries Holdings Ltd, Mallya’s listed investment company that has a $2 billion exposure to KFA.

In contrast, in January, low-cost carrier SpiceJet, which many predicted will go the Kingfisher way in 2014, placed an order for 100 new Boeing 737 MAX aircraft in a deal estimated at $11 billion (around Rs 73,600 crore). SpiceJet also secured the purchase rights of 50 additional Boeing aircraft, which includes the option to purchase Boeing’s wide-body planes such as the B777s or B787s that are priced at over $250 million each.

The massive order is an affirmation of the turnaround at SpiceJet, which was on the verge of closure in December 2014 when founder Ajay Singh returned to take over the reins from the Chennai-based Sun Group.

SpiceJet has now posted profits for eight quarters on the trot, beginning from the last quarter of FY15. For the quarter ended December 31, 2016, the airline posted a net profit of Rs 181.1 crore, a 24 percent year-on-year drop. (SpiceJet attributed the fall in profits to higher fuel prices and muted consumer spending on account of demonetisation.)

“They tightened their belt, reduced costs, did a great job in on-time performance, filled up their planes, and brought discipline back to the airline,” says Dinesh Keskar, senior vice president, Asia Pacific and India sales, Boeing Commercial Airplanes.

“It [the SpiceJet order] ensures that our market share and legacy continues in India,” says Keskar, adding that in December 2014, “we assisted them to ensure that some of their aircraft stayed in their fleet and we helped them a little financially as well”.

That said, much of the credit for SpiceJet’s turnaround goes to its chairman and managing director Singh. Since December 2014, he has doubled the airline’s route network, increased its ancillary revenue from 6 percent to 16 percent and brought down costs such as aircraft lease rentals by 15 percent.

But Singh remains humble. “The whole system (the government, trade partners, passengers, and even the media) worked in a way which brought about the turnaround. And of course, the people at SpiceJet were passionate about it. One person cannot do this alone,” says Singh.

So, why did the ‘system’ not rally around Mallya and KFA? At SpiceJet, Singh believes there was a genuine effort made to revive the airline. “What was happening at KFA to my recollection was that they were just asking for more money from banks. You have to show a concrete plan. And obviously the people leading that effort have to be credible,” quips Singh.