Anand does not allow sentiment to enter business: Keshub Mahindra 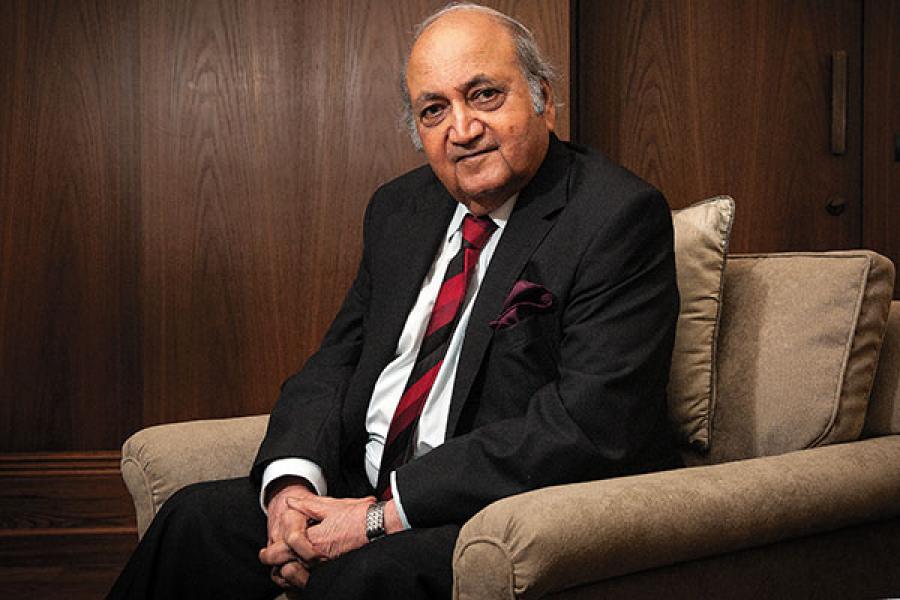 For an 89-year-old, Keshub Mahindra, the former chairman of Mahindra & Mahindra, is pretty sprightly. Our meeting starts with a disclaimer, that when it comes to nephew Anand, he might be biased. We tell him that we were hoping he would be balanced. He smiles and says he will try. Excerpts from the conversation:

On His leadership qualities:
Anand has a remarkable gift of being very articulate. And he has an uncanny sense of communication. His Twitter account, for instance. He consciously feels that he must communicate but in a transparent manner in order to meet the complexities in a changing world. He has an extraordinary attitude of understanding his colleagues and peers. One of the problems in businesses like ours is that we are so diverse. His job is to combine the wealth of talent at his disposal and mould it into a cohesive working unit. He is not sentimentally inclined while taking decisions and he accepts success as well as failures.

Does he often look to his uncle for advice?
On tricky issues, he will come and talk to me. I come to work two or three times a week when he drops in for maybe 10 minutes. This applies for most of my senior people. For instance, the acquisition of Satyam was a big one. Anand and Vineet Nayyar [then CEO, Tech Mahindra] came to see me and told me it was a wonderful opportunity. I agreed and said that he can go for it. But I advised them that they needed to obtain the authority to act from the Mahindra & Mahindra board because this changes the financial structure of the company.

Anand was academically very bright and obtained a scholarship to Harvard. His real interest was and is in making films. He came to me the other day, and very sheepishly said ‘Uncle, I have invested some money in Epic [a TV channel].’

On mentorship:
When he first joined, I put him in Musco [Mahindra Ugine Steel Company]. This was purposely so that he learns to run a small business. A big business has all the support systems, financial, marketing and technical…so the chief executive has many talents at his disposal. In a smaller business, one has to perform all the functions personally.

On Anand’s tryst with joint venture partners:
We had Otis, Sperry Rand, Dr Beck and many others. Reforms changed the complexion of equity investment in our country and most MNCs were allowed more liberal ownerships. They largely sought partnerships with Indian companies to facilitate their entry into the country. We [the Indian companies] needed them to obtain their technology and capital. Over the years, the pattern of relationship changed and Anand was quick in his perception, therefore our need to change our pattern and relationship with foreign companies. There was a need for us to invest heavily in new technologies and large investments in R&D. Anand led these new changes most ably. That is part of M&M’s success story.

Tweets by @forbes_india
Anand Mahindra: The Federator
Andalusia Links Spain's Islamic Past To Its Catholic Present