Acoustic wear: Our future clothing may be able to hear sounds and even communicate

Engineers from the Massachusetts Institute of Technology (MIT), in collaboration with the Rhode Island School of Design (RISD), have developed an acoustic fabric capable of interacting with its wearer 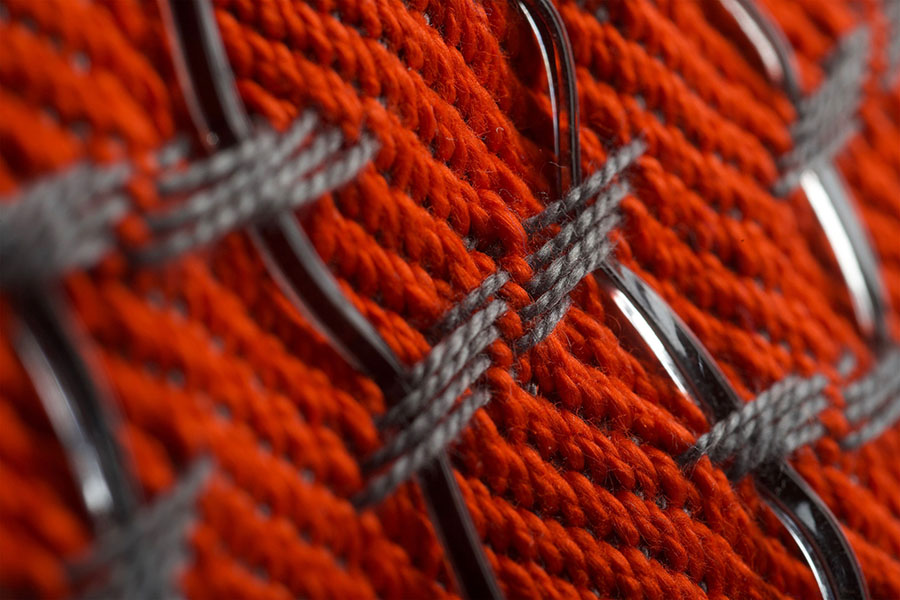 This machine washable smart fiber has the ability to function as a microphone, and hear your heartbeat. Image: Courtesy of the Fink Lab / Greg Hren

What if tomorrow, a simple jacket could guide a hearing-impaired person through public transport, monitor our vital signs, or act as a smartphone? The idea may seem crazy, but it is already a reality. A team of researchers has developed an acoustic fabric modelled on the human auditory system that functions as a microphone.

Climate change is an urgent issue, and the fashion industry is coming up with new fabrics that are more sustainable and have less impact on the environment. But the future of fashion could also be shaped by intelligent fabrics. Engineers from the Massachusetts Institute of Technology (MIT), in collaboration with the Rhode Island School of Design (RISD), have developed an acoustic fabric capable of interacting with its wearer. This is quite an achievement considering that most fabrics are nowadays conceived of as sound dampeners. But this discovery could potentially improve the daily lives of millions of people around the world.

The fabric developed by this team of scientists has the ability to function like a microphone, "converting sound first into mechanical vibrations, then into electrical signals, similarly to how our ears hear." Incredible as it may seem, a simple jacket could thus detect everyday sounds, such as a car engine, to alert a hearing-impaired person to potential danger. And that's not the only use people could make of this smart fabric, as revealed in the researchers' paper, published in the journal, Nature.

To achieve this feat, the engineers started from the observation that fabrics vibrate in response to audible sounds, but that these vibrations are not usually detectable. The objective was therefore to make them perceptible. This was made possible thanks to the development of a "flexible fiber" capable, when woven into a fabric, of bending with the fabric, as would "seaweed on the surface of the ocean."

"The fiber is designed from a 'piezoelectric' material that produces an electrical signal when bent or mechanically deformed, providing a means for the fabric to convert sound vibrations into electrical signals," the authors of this research explain. Not content with being able to capture all types of sound, including those least perceptible, the acoustic fabric can also determine the direction of sound, and even generate sounds that can be detected by other fabrics.

As we have seen, this fabric could allow the clothes of the future to become hearing aids, allowing the hearing impaired to detect sounds in noisy environments, but it would also be able to monitor the wearer's vital signs. By sewing the fiber to the inner lining of a shirt, just above the chest, the researchers found that it accurately detected heartbeats, indicating that the clothing could detect a potential problem.

Thanks to this new kind of fabric, clothes could be used for health purposes and communicate with each other, but researchers see further possibilities. "Wearing an acoustic garment, you might talk through it to answer phone calls and communicate with others," explains Wei Yan, the lead author of the research. He concludes: "[The fiber] can be integrated with spacecraft skin to listen to (accumulating) space dust, or embedded into buildings to detect cracks or strains. It can even be woven into a smart net to monitor fish in the ocean. The fiber is opening widespread opportunities."

Tweets by @forbesindia
Crypto will reportedly be policed by US regulators
Life on Mars: How our homes would look on the red planet