'Ojiqun' has one mission: To promote their small countryside town, whose population is in decline, through dance routines to pop tunes that fans call "adorable" 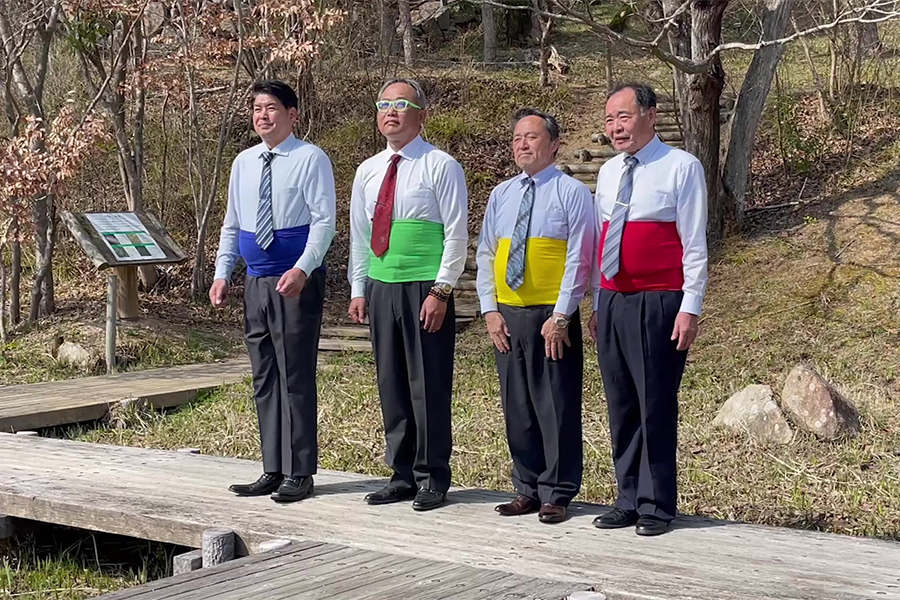 Showing off their awkward moves in shirts, ties and brightly coloured belly warmers, four men in their 50s and 60s have become Japan's latest TikTok sensation.

The group's mission? To promote their small countryside town, whose population is in decline, through dance routines to pop tunes that fans call "adorable".

Since their first post in February, the videos, filmed in choice locations from playgrounds and shrines to municipal buildings, have been viewed more than 16 million times.

They wear suit trousers, smart shoes and belly-warmer bands in different colours—blue, green, yellow and red—and keep a straight face even when they struggle to stay in time.

One of the members, 52-year-old Takumi Shirase, runs an IT firm and a gardening company when not on TikTok.

He told AFP he had created ojiqun with three friends to try and put the rural town of Wake, in western Japan's Okayama region, back on the map.

"We wanted to come up with something that would revitalise our ageing countryside community, which is suffering from population decline with fewer and fewer children," he said.

Wake currently has around 14,000 residents, and Shirase said his old primary school has closed due to lack of demand.

A local shopping mall has also disappeared, while some annual festivals are no longer held in the town.

But with more than 34,000 TikTok followers, "we hope to encourage people to come to Wake, either as tourists or as new residents," Shirase said.

Ojiqun's latest post, "centipede dance", shows the four men doing a goofy Madness-style walk in single file in front of a concrete building to a rendition of "House of Fun".

Fans have peppered the comments under each video with heart symbols, calling them "splendid" and "adorable".

"I laughed again and again," said one recent comment.

"I have a peaceful smile, for the first time in a long while," said another.