Do you have ideas about feeding astronauts on Mars? NASA wants to know

In space, everything has to be rethought in terms of food circuits, from production to conservation. And so with this in mind, NASA has launched a competition to stimulate creativity 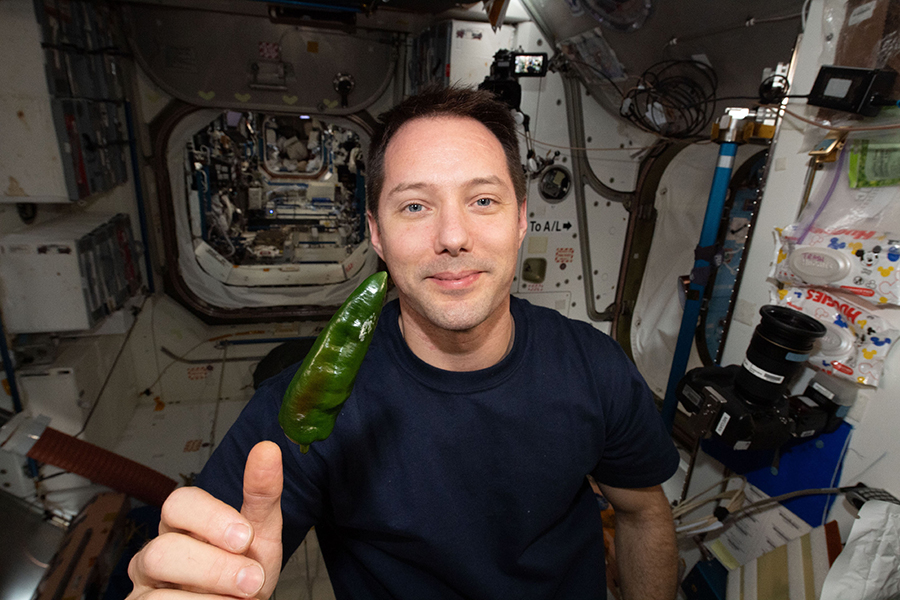 Gratin dauphinois, beef bourguignon or cod with piquillos... During his last mission on the International Space Station, French astronaut Thomas Pesquet ate versions of these gastronomic dishes, thanks to conserves and freeze-dried dishes that French Michelin-starred chef Thierry Marx had specially prepared for him. All he had to do was heat them up, or add a little water and he was ready to eat. In an interview with Figaro Madame, the chef of the Mandarin Oriental explained that during a future mission in space, and particularly one on Mars, "we will no longer be able to be satisfied with sending ready-made food." And he added: "it will probably be necessary to make it on the spot, or during the journey...] travelling to Mars takes at least six months to go and six months to return. Without counting the time of the mission on-site. So we will have to rethink the power supply system. Perhaps by using micro-agriculture? In any case, this will represent new challenges."
And Thierry Marx's comments indeed encapsulate the issue. NASA is actively looking for ways to provide a healthy and balanced diet for its astronauts. And the public is invited to contribute through a contest. The first phase of this challenge launched last October and saw participants propose mushroom plants, lab-based meat culture, dehydrated powders that can be transformed into food, vertical farms and 3D printing.
Now, the International Space Agency wants to put its money where its mouth is by encouraging people to create prototypes. It is offering a million dollars to those who can come up with the most effective project to feed a team of four astronauts sent to Mars for a three-year mission. But, it is not a question of proposing just any solution. The projects must incorporate a sustainable dimension. So setting up a system that would generate waste is totally out of the question. The challenge is as much about designing a way to preserve food as it is about producing and preparing it.
The call for projects is open to all until February 28. But be warned: if you are not a US resident, you will only be proposing your idea for the good of the space community. The $1 million prize will only be awarded to a US-residing participant.