From 'Euphoria' to 'Emily in Paris' and 'Bridgerton': Which TV show had the biggest influence on fashion?

In recent years, the influence of TV shows on the fashion world has gone beyond anything we've seen before. Dramas like 'Squid Game' or 'Lupin,' with plots that are far removed from fashion folklore, have managed to become veritable trend-setters 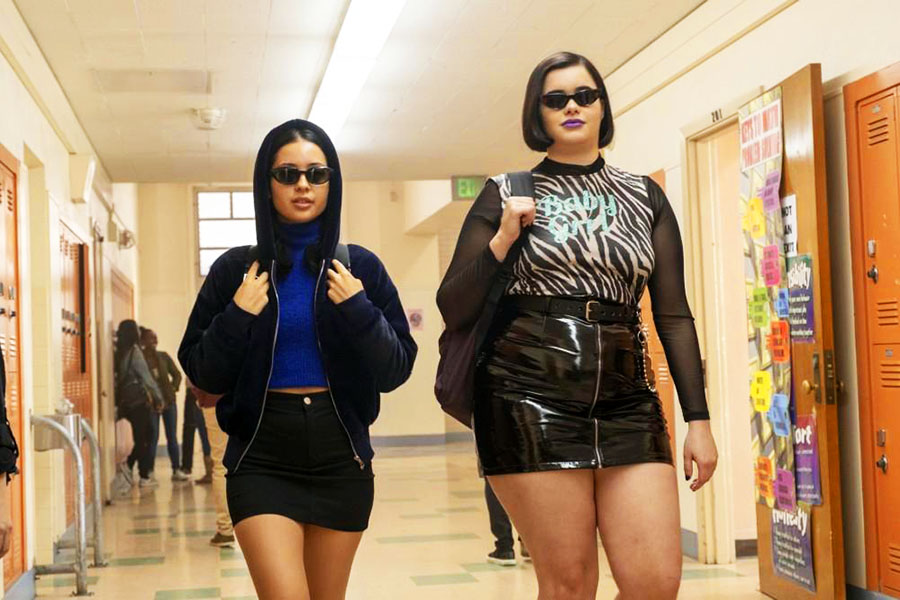 Some TV shows are inseparable from fashion. "Gossip Girl" and "Sex and the City" have proven this time and again, managing to propel a brand or a designer to dizzy heights of popularity with just one episode. But in recent years, the influence of TV shows on the fashion world has gone beyond anything we've seen before. Dramas like "Squid Game" or "Lupin," with plots that are far removed from fashion folklore, have managed to become veritable trend-setters. This phenomenon has transformed simple fictional characters into major fashion influencers.

On this front, "Euphoria" -- the drama starring Zendaya, Sydney Sweeney, Alexa Demie, and Barbie Ferreira -- now rules supreme, as 2022's most influential TV series on fashion. A study conducted by the fast-fashion brand Boohoo* reports no less than 132,900 monthly searches worldwide relating the series to fashion. These figures are impressive, especially considering that the show's second season aired at the very beginning of 2022. The study also shows that the term "Euphoria outfits" was searched for an average of 121,000 times per month, which is more than for all the other TV series in the Top 10 combined.

While all the show's stars are now considered fashion icons, note that Alexa Demie -- aka Maddy Perez -- stood out in particular this year by contributing greatly to the Y2K revival underway in our wardrobes. From low-rise pants and crop tops to butterfly accessories, chokers and even overalls, countless fashion pieces seen in the show have made their way into wardrobes throughout the year, fueled long after the show's airing by icons such as Hailey Bieber and Bella Hadid. All of which goes to show just how much these TV shows are influencing fashion, and notably through social networks -- and therefore the younger generations.

Although far behind "Euphoria," "Emily in Paris" -- the third season of which lands December 21 on Netflix -- is also fueling trends, with no less than 39,900 monthly global searches for terms related to the show's fashion pieces. This success has clearly contributed to raising the profile of French chic style -- even if this is somewhat caricatural in the romantic comedy show -- in turn making it one of the top fashion trends this year. The beret, blazers, high boots and leopard-print coats are among the pieces that have been boosted by the series.Also read: Will Gen Z's passion for DIY help them break their addiction to fast fashion?

The rest of the ranking includes "Stranger Things" (28,800 monthly searches), which has revived a certain nostalgia for the fashion of the 1980s, "Peaky Blinders" (18,200), and "Bridgerton" (14,400), which has given rise to unexpected trends, such as corsets or long gloves. And while these haven't yet made their mark on the street, they have been all over social networks.

Note that "Euphoria" is also reported to be the show that has had the greatest influence on fashion ever. However, this finding should be approached with caution, since series like "Gossip Girl" and "Sex and the City" -- which aired in the late 1990s and early 2000s -- did not benefit from the analysis of this kind of search data on platforms like Google at the time. It is therefore difficult to determine which drama has really been the most influential of all time on the fashion world.

*The study, conducted by fashion experts Boohoo, focused on analyzing Google search data for various fashion and outfit-related search terms for every new and recurring TV series released in 2022 to reveal the most fashionable TV series of the year and of all time.

Tweets by @forbesindia
'We can dream again': The song that marked Argentina's World Cup campaign
Listen to the consumers and be mouldable as a brand: Katrina Kaif and Falguni Nayar share their motto for Kay Beauty