In her 30-year stint, Leena Nair managed to make Unilever a gender-balanced company across its management globally. Now, as CEO, she's poised to bring her inclusive worldview to luxury brand Chanel 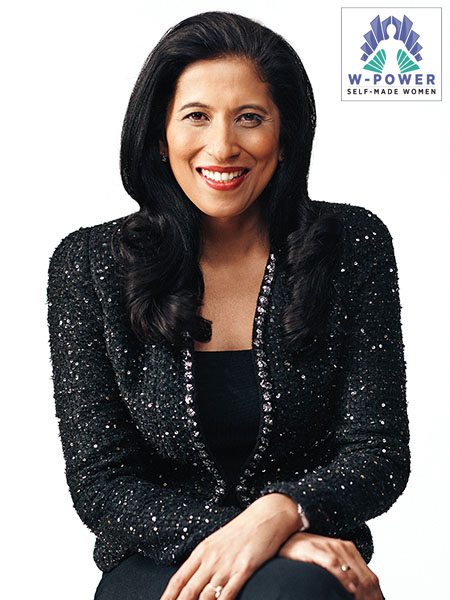 A slender figure in her knee-length dresses, with a thick sweep of black hair and ready smile, Leena Nair embodies an easy elegance. Not unlike Chanel’s signature stuff–tweed suits, quilted handbags, and its Number 5 perfume. The 112-year-old French luxury house founded by Coco Chanel named Nair as its chief executive starting January.

A luxury industry outsider, Nair, 53, came to Chanel after leading human resources (HR) at Unilever. In her role, she was responsible for about 150,000 people across more than 100 countries and led the Diversity and Inclusion agenda for its workforce. Her impact was palpable: When Nair joined Hindustan Unilever in Jamshedpur as a management trainee in the early 90s, only two percent of its employees were women. Before she left, Unilever announced it was gender-balanced across its management globally.

But selling mass-market goods is different from marketing luxury. Will Chanel’s bet pay? 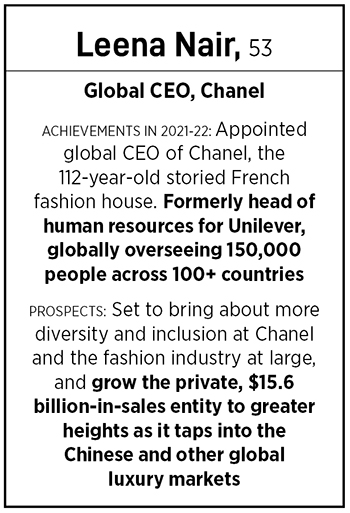 Nair isn’t the first to jump from consumer goods into the luxury market. Antonio Belloni, a Procter & Gamble (P&G) veteran, was poached by LVMH in 2001 and continues to be group managing director. Fabrizio Freda, another P&G executive, was picked to run Estée Lauder in 2009.

Besides, she has experience of being a pioneer. At Unilever, where she worked for 30 years, she was the first Asian, first female and youngest ever human resources chief. She was the first woman to work on the factory floor at the Anglo-Dutch consumer goods company and the first to work a night shift.

Born in Kolhapur, a small town in southern Maharashtra, Nair studied electronics and telecommunication engineering at Walchand College of Engineering in Sangli, an hour away from her hometown. One day, a college professor sat her down and said, “You’re going to make a pretty lousy engineer. But I think you have a flair for management. You like being with people,” Nair notes in an Instagram post.

So she enrolled for an MBA in human resources at XLRI, Jamshedpur, despite her parents’ pushback—they felt HR was a back office function. Nair persisted, graduated as a gold medallist and joined Hindustan Unilever’s management training scheme as one of few women among 15,000 men.

“Leena brought value to whatever she did. She was one individual who grew into whatever role she took on. I have the highest regard for her abilities. I have no doubt she will flourish in her new role,” says Keki Dadiseth, former chairman at Hindustan Lever and director at Unilever.

Importantly, Nair has the chops to deliver on diversity—a problem that has plagued the fashion industry at large. In fact, when Chanel announced its decision to appoint Nair as CEO in December 2021, the move was praised as a landmark for diversity in the industry. Some noted that the $15.6 billion-in-sales, unlisted fashion house was on its way to drop its Eurocentric approach to fashion and adopt a more inclusive worldview. Nair, as a woman who has experienced being in the minority—at engineering college, on the factory floor and in her early days at HUL—is best placed to achieve that: On a LinkedIn post she noted, “I have empathy for anyone who feels marginalised. I take it personally.”

Diversity, after all, isn’t just the right thing to do. It’s a huge business opportunity.