From Oprah Winfrey to Robert Pattinson, celebrities are trying their hand at curating art auctions

Celebs' passion for the visual arts is attracting the interest of auction houses, who are inviting more and more stars to select the artworks that will go under the hammer at their sales 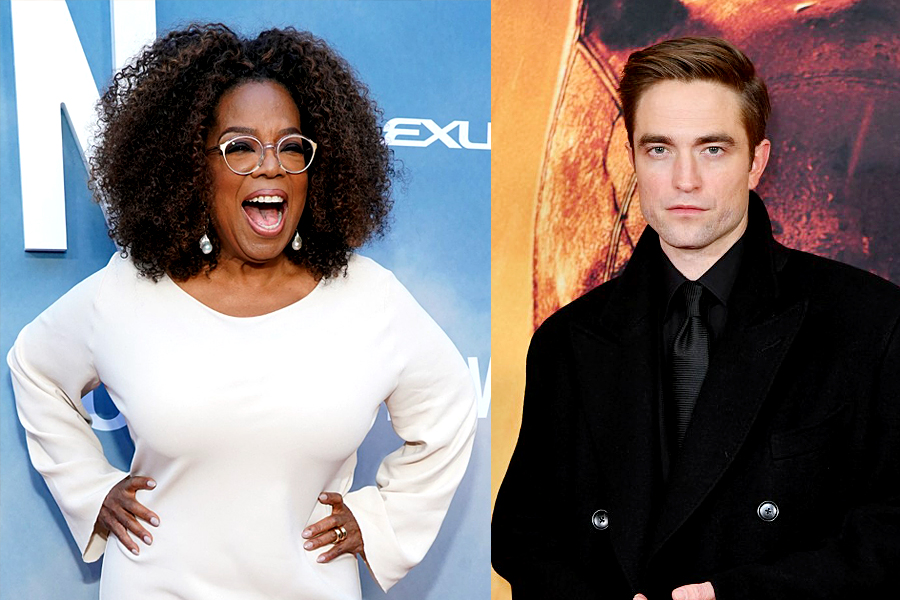 It's hard to keep track of the number of celebrities who collect art. Now, their passion for the visual arts is attracting the interest of auction houses, who are inviting more and more stars to select the artworks that will go under the hammer at their sales.

Robert Pattinson is probably best known for his roles in "Harry Potter and the Goblet of Fire," "Tenet," "The Lighthouse" and, more recently, "The Batman." However, the British actor is now trying his hand at curating an auction. He has chosen six works of art that will go under the hammer on September 30, during the forthcoming "Contemporary Curated” sale at Sotheby’s New York.

Among them feature an untitled painting by American artist Willem de Kooning, dating from 1964, "Rotation #9" by his compatriot Richard Serra, or "Old Rope" by the British artist Lynette Yiadom-Boakye.

This eclectic selection reflects Robert Pattinson's artistic vision, which he describes as a taste spanning the "cosmic and alien" to the "subversive, naughty [and] slightly dangerous." These words fit well with "Kissing by the Window" by Genieve Figgis and "Portrait" by Thomas Houseago, two of the works in the sale that the "Twilight" star is particularly fond of.

This is the first time that Robert Pattinson has tried his hand at curating an auction. And it proved a highly rewarding experience, he says: "To be able to experience and have a dialogue with these works according to my taste—and to place massive titans of 20th-century art next to living artists—has been really satisfying."

Celebrities to draw in younger collectors

Sotheby's hopes that this partnership with Robert Pattinson will be particularly fruitful, even if all the pieces selected have low estimates of between $30,000 and $1.8 million. These relatively modest sums should allow the auction house to reach new (young) buyers.

The Christie's rival has been trying to reach this new category of collectors for a decade by inviting celebrities to curate its "Contemporary Curated" sales. Oprah Winfrey, Ellie Goulding, Kim Jones and Steve Aoki have all stepped up to the task.

Skepta will soon join that list of names. The British-Nigerian rapper—whose real name is Chief Joseph Olaitan Adenuga, Jr.—has chosen a dozen works of art currently listed for sale on the Sotheby's website as part of the latest London edition of its "Contemporary Curated" sale. Paintings by Frank Bowling, Ouattara Watts and Lynette Yiadom-Boakye are among this selection, which represents only a small portion of the many lots on auction through September 13.

Unlike Robert Pattinson, Skepta hasn't just selected other artists' creations. He also added one of his own, titled "Mama Goes to Market." The musician made it during the spring of 2020, when all his concerts had been cancelled because of the pandemic. "I guess I was just so used to expressing myself all the time, every two days, out doing a show somewhere new," he told the Financial Times. "So I just ordered the oil paints and the canvas [on Amazon]".

The result is a colorful painting, which features two women in a market scene. Sotheby's estimates that "Mama Goes to Market" could sell for between GB£40,000 and £60,000 (approx. US$46,200 to $69,400. However, even if bidding takes off, Skepta does not currently plan to do any more paintings in the future.