It seems that the younger generations have an ambivalent relationship with the media. If they have little confidence in the different means of accessing news and in journalists, young people are nonetheless interested in news 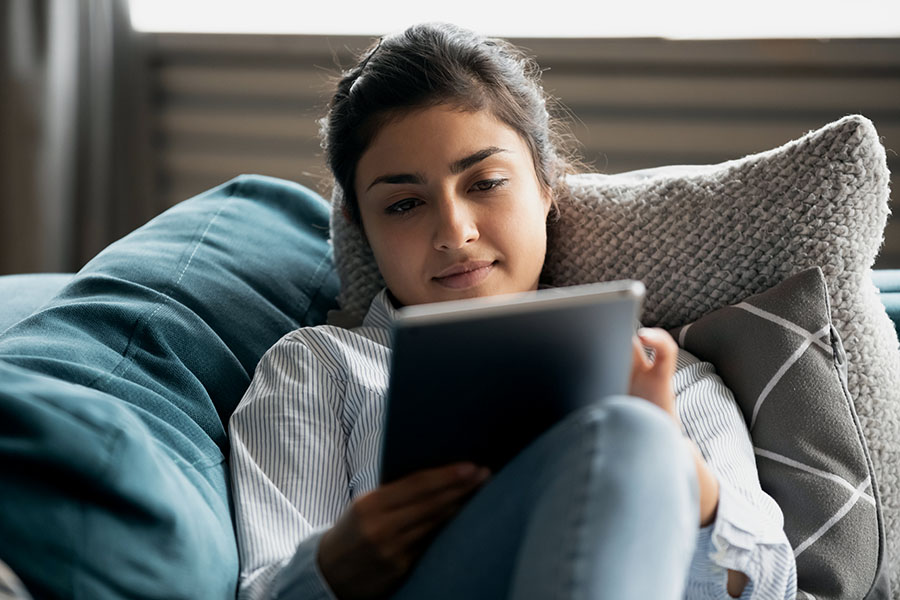 Younger generations don't follow the news in the same way as their elders. Image: Jovan Doncic

Younger generations keep up with the news in different ways to their elders. Rather than turning to traditional media such as radio, television and newspapers, they instead prefer social networks, where they generally find more specific news related to their interests.

It seems that the younger generations have an ambivalent relationship with the media. If they have little confidence in the different means of accessing news and in journalists, young people are nonetheless interested in news. The latest "Digital News Report" from the Reuters Institute details the media consumption of people aged 18 to 34. This age group encompasses two subgroups: the "social natives," young adults aged 18 to 24 who grew up with social networks; and the "digital natives," the 25-34 year olds who grew up with digital technology, but before the rise of social networks.

It turns out that they do not have the same relationship with the different ways of accessing news. Some 45% of Brits aged between 25 and 34 go to the website or mobile app of a general media outlet to follow the news. In comparison, only 28% of those aged 18 to 24 do the same. The latter are more likely to get their news from social networks, aggregator sites and search engines than their elders.

They appear to be particularly fond of highly visual news sources like Instagram, Telegram and more recently TikTok. In just a few years, the Chinese application has become part of the media routine of "social natives." Thus, 8% of British people between 18 and 24 years old use it to follow the latest news. However, they are much more likely to use Twitter (21%) and Instagram (17%) for this purpose. If their elders, the "digital natives," also get their information on social networks, they are much more loyal to Meta, with which they grew up.

Young generations prefer social networks to traditional media for many reasons. They appreciate the informal tone of the news content these platforms host, as well as the freedom of approach they allow. "On TV we always see the same things, but on YouTube, Spotify, TikTok, we have a range of diversity," an 18-year-old Brazilian man told Reuters Institute researchers. "We can get all this and see that there is diversity, society far beyond just what we live."

While news may be lighter on social networks, it's not detached from major world events like the war in Ukraine. Smartphones expand the possibilities of live coverage, both for journalists and non-media professionals. These tools allow military personnel like the Ukrainian soldier Alex Hook to become would-be war reporters and post videos showing the conflict as they experience it "from the inside" on TikTok.

Also read: Which social networks have the highest usage among Gen Z and millennials?

But this ease of access to news and information is not without its dangers. NewsGuard, which specializes in fighting the spread of fake news and evaluating the reliability of online news, has found that TikTok users are faced with misleading content or propaganda about the war in Ukraine. The platform's algorithm could even recommend such misleading content.

Although the younger generation particularly appreciates highly visual news sources, they are not turning away from the written word and audio. Most people under 35 prefer to read the latest news rather than watch it in video form, according to the Digital News Report. In this respect, they are not so different from their elders.

When news fatigue sets in

They also have the same relationship to anxiety-provoking news as their parents and grandparents. Nearly 40% of the world's population is estimated to consciously avoid reading the latest news, up from 29% in 2017. This phenomenon is particularly visible in certain countries, like Brazil and the UK, but also among younger generations. A third of those under 35 turn away from "news" because it has a negative impact on their mood, and 39% because they find it too repetitive. More recently, young people say that "there is too much news coverage of topics like politics or Coronavirus (39%)," the Reuters Institute report reads.

One reason for this is that the under-35s would like to see more of their (many) concerns reflected in the news. In particular, they would like the media to cover more of the latest "news" about celebrities, the entertainment industry and education. However, "many of the types of news often deemed ‘young' topics -- for instance, mental health and wellness, environment and climate change news, and fun news or satire -- do not necessarily translate into greater interest among all young people across all markets," the Reuters Institute researchers note.

Yet a study by the News Media Alliance found otherwise. The US trade organization found that Americans aged 21 to 29 would like to see more media coverage of social justice issues, the climate emergency or women's rights. "Gen Z wants to see themselves reflected in their news, and they want to feel acknowledged," the News Media Alliance said.

When it comes to being acknowledged and taken seriously, media outlets must rethink how they operate to restore the trust of this young audience and better meet their expectations. As the Reuters Institute writes, "one route to increased relevance for news brands may lie in broadening their appeal -- connecting with the topics young people care about, developing multimedia and platform-specific content, and aligning content and tone with format -- rather than entirely replacing what they already do or expecting young people to eventually come around to what has always been done."

Tweets by @forbesindia
BC TO PC: How HP toppled Lenovo to reclaim the PC crown during the pandemic years
Oceans saved us, now we can return the favour