In Venice, seagulls are a real nuisance. And hoteliers have found a surprising way to stop them from bothering visitors: arming guests with a water pistol 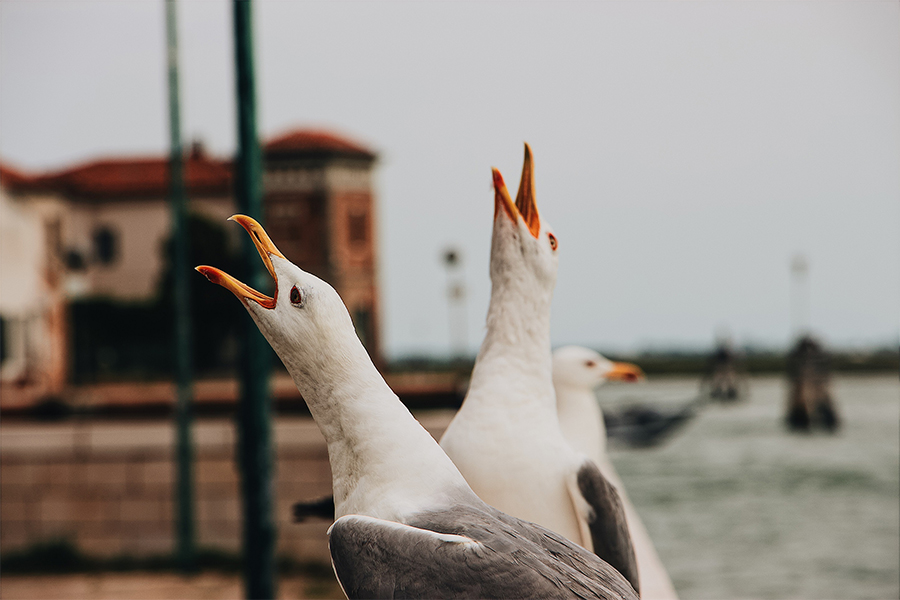 Usually, it's the monkeys that you have to watch out for when you go on a trip, whether it's to Gibraltar or to Lopburi in Thailand. But primates aren't the only animals prone to attacking tourists. In Venice, seagulls are a real nuisance. And hoteliers have found a surprising way to stop them from bothering visitors: arming guests with a water pistol!

While pigeons might annoy you in Paris or London, spare a thought for visitors to Venice, where the birds causing trouble for tourists are seagulls. In 2008, the ban on feeding pigeons allowed St Mark's Square to cut down on the presence of birds. But that doesn't mean that visiting this legendary location is a relaxing experience for tourists. Now, visitors have to be very careful not to get a piece of pizza stolen by one of these coastal birds. The New York Post reported on this seagull invasion in 2016, comparing the situation to scenes from Hitchcock's famous thriller "The Birds."

The Venice hoteliers' association has previously tried to curtail aggressive seagull attacks by deploying hawks, but the solution proved to be expensive. The new approach is to provide customers with water guns. And not just any water guns. The accessories of choice are orange—a color that seagulls apparently do not like at all. But—rest assured—Venice hasn't turned into an open-air water gun battleground. Tourists are supposed to simply place the toys next to them on the table in the hope that it prevents the birds from getting too close. Euronews explains that seagulls have even been known to steal a whole steak right from a diner's plate! The Gritti Palace and the Monaco & Grand Canal are among the hotels that have included water guns in their room kits.

If you are planning to pick up an (orange) water gun, bear in mind that it shouldn't actually be used against seagulls, since they are a protected species.